Coolpad Cool 20s is tipped to offer up to 8GB of RAM and 128GB of storage. 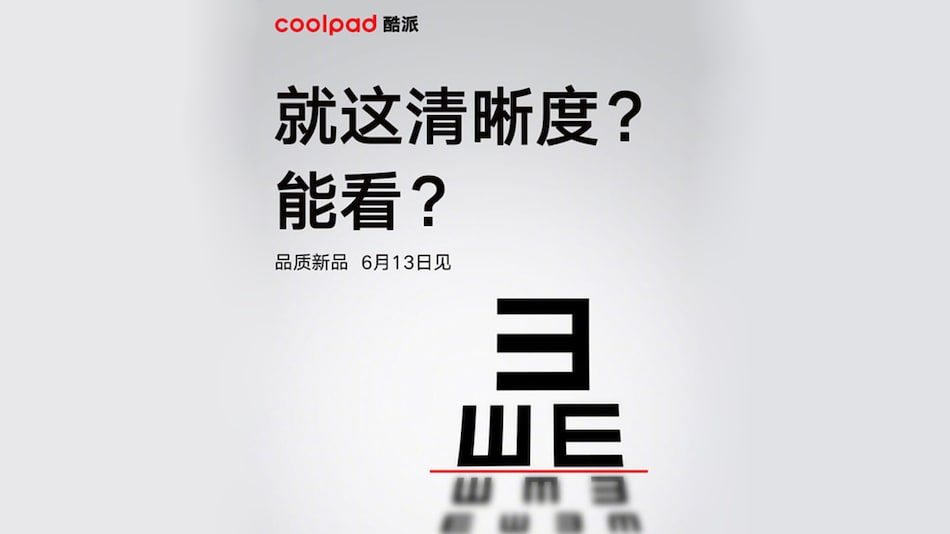 Coolpad is gearing up to launch a new smartphone on June 13 in China. The brand on Wednesday teased the arrival of the handset through a social media post without confirming the name. The post reveals that it will feature a full-HD display and carry dual stereo speakers. The upcoming Coolpad smartphone is said to offer a long guarantee period. The new device is being speculated to be Coolpad Cool 20s and a tipster has leaked the specifications of the smartphone. It is expected to feature a 6.58-inch full-HD display and could pack a 4,400mAh battery with support for 18W fast charging.

The company on its Weibo account announced the arrival of the new Coolpad smartphone in China. As per the post, the handset will be launched on June 13. It is teased to sport a full-HD display and pack dual stereo speakers. It is confirmed to offer a double replacement and warranty period compared to the industry standard replacement and warranty period of 15 days and one year. Coolpad, however, didn't confirm the exact moniker of the new phone.

Separately, a tipster on Weibo suggested the Coolpad Cool 20s moniker for the upcoming smartphone. According to the tipster, the smartphone will come in three RAM and storage configurations — 4GB RAM + 128GB, 6GB RAM + 128GB, and 8GB RAM + 128GB. It is tipped to be offered in Black, Blue and White colour options.

As per the leak, the Coolpad Cool 20s will feature a 6.58-inch full-HD+ TFT LCD display (2,408x1,080 pixels). The handset could be powered by an octa-core 5G-enabled chipset with a clock speed of 2.2GHz. The rear camera unit of the Coolpad Cool 20s is said to include a 50-megapixel Samsung Isocell JN1 sensor and a 2-megapixel secondary sensor. For selfies, the phone could pack an 8-megapixel front-facing camera.