Scientists found that the dragging of space-time caused a neutron star and white dwarf to tumble in space. 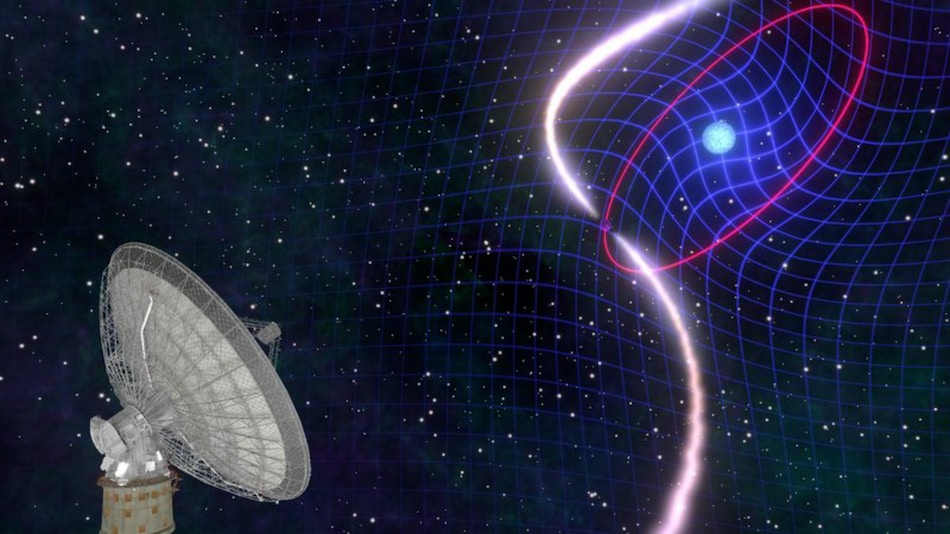 An international team of astrophysicists witnessed how the spinning of a celestial body twists space and time, further confirming Einstein's theory of General Relativity.

The findings published in the journal Science are the result of an effort of two decades tracking the orbit of an exotic stellar pair, two stars rotating around each other at astonishing speeds, Xinhua reported.

A team led by Australian scientist Matthew Bailes observed a binary radio pulsar that consists of a neutron star and white dwarf, located 10,000 to 25,000 light years away. They found that the dragging of space-time caused their orbit to tumble in space.

The white dwarf is the size of the Earth but 300,000 times its density; the neutron star, only 20 kilometres in diameter, is about 100 billion times the density of the Earth.

A pulsar in orbit around such a white dwarf presented a unique opportunity to explore Einstein's theory in a new ultra-relativistic regime. If Einstein's theory was right, all rotating bodies should drag the fabric of space time around with them, according to the researchers.

The frame-dragging of the entire orbit could explain their tilting orbit and the team provided compelling evidence in support that General Relativity is alive and well.