The common envelope forms when one of the stars in a binary system starts losing mass to its partner star and then expands in size. 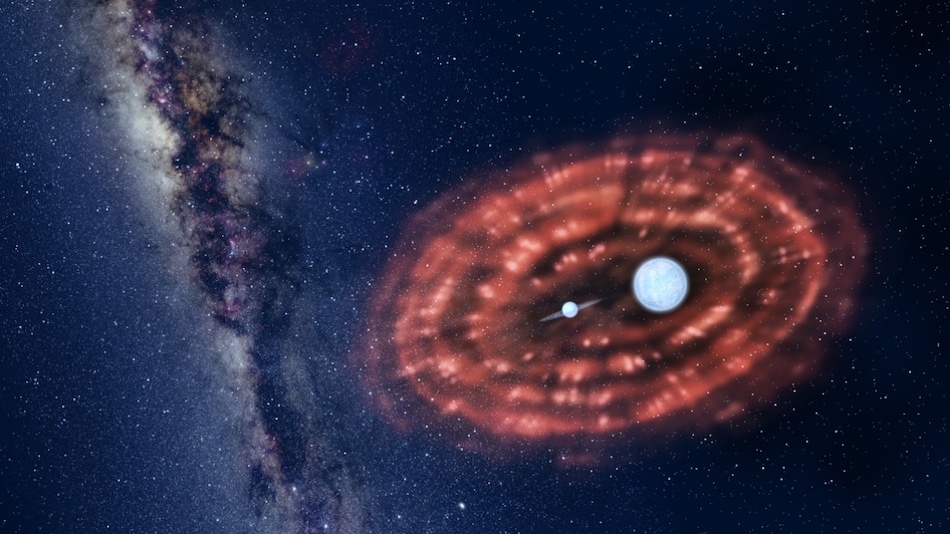 A team of astronomers from the Yunnan Observatories (YAO) of the Chinese Academy of Sciences and the Australian National University have jointly discovered a binary system that is ejecting a common envelope. The scientists have managed to observe a common envelope evolution, which has long been thought to be a key step in binary star system formation, for the first time. Binary stars are systems where two stars orbit each other at a close distance. The observations were published in a research paper that was published in the Monthly Notices of the Royal Astronomical Society.

For the observations, the team of scientists from China and Australia took help from the Australian National University's 2.3-meter wide-field telescope and the Kepler telescope. Through their findings, the team observed a binary star system, which included a hot subdwarf and a white dwarf named J 1920. It was also noted that the two stars in the recently found star system are orbiting each other within 3.5 hours, and are slowly getting closer with time.

Scientists have found a common envelope emanating out of the star system at a speed of 200 km per second and saw the shell expanding further. The common envelope forms when one of the stars in a binary system starts losing mass to its partner star and then expands in size. This causes the system to become unstable and eventually causes the collision of the two stars into a single object. If a common envelope is successfully ejected, then the two stars do not merge into a single object and that results in the formation of extremely rare stellar objects like Type Ia supernovae, double black holes, and double neutron stars.

What Is ‘CeDeFi’: Here’s All We Know About It
Xiaomi Smart Speaker With IR Control, LED Digital Clock Display Launched in India: All the Details