To start with, the LHC is taking it easy. A "relatively small number of protons" were circulated at an energy of 450 billion electronvolts 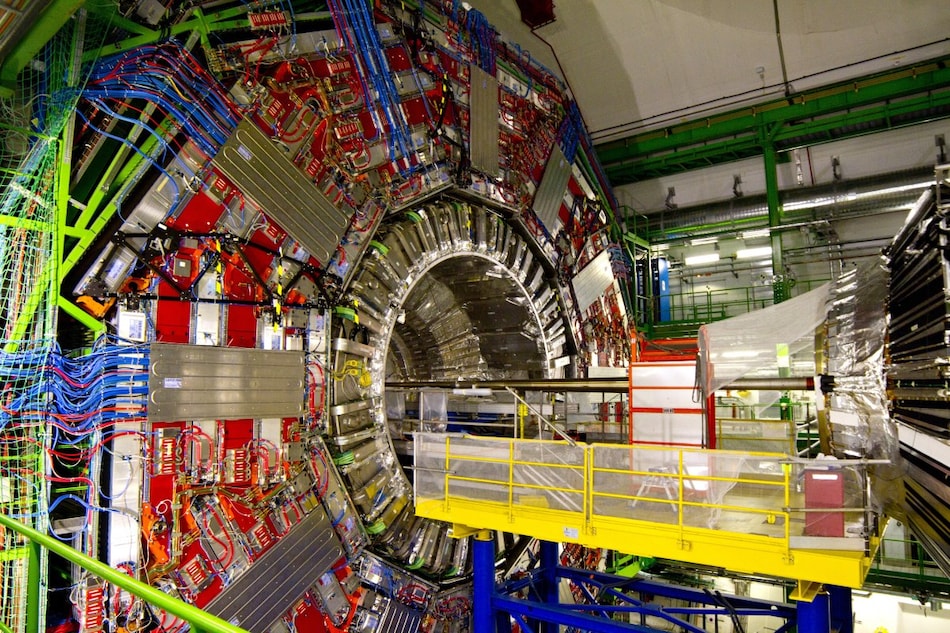 The Large Hadron Collider restarted Friday after a three-year break for upgrades that will allow it to smash protons together at even greater speeds, in the hope of making new ground-breaking discoveries.

It will further study the Higgs boson, the existence of which it proved in 2012, and put the Standard Model of particle physics to the test after recent anomalies sparked theories about a mysterious fifth force of nature.

"Two beams of protons circulated in opposite directions around the Large Hadron Collider's 27-kilometre (17-mile) ring" just after noon on Friday, Europe's physics lab CERN said in a statement.

Buried more than 100m (330 feet) beneath the border of Switzerland and France, the collider has been closed since December 2018 for maintenance and upgrades, the second longest shutdown in its 14-year history.

A "relatively small number of pTo start with, the collider is taking it easyrotons" were circulated at an energy of 450 billion electronvolts, CERN said.

"High-intensity, high-energy collisions are a couple of months away," the head of CERN's beams department Rhodri Jones said.

CERN said its experts "will work around the clock" to get the collider ready to set a new record of 13.6 trillion electronvolts.

The unprecedented number of upcoming collisions will also serve as the starting gun for four years of massive data collection and analysis by CERN's four huge particle detectors.

The Large Hadron Collider's observation of the Higgs boson was seen as further verification of the Standard Model, which is the best theory scientists have for the most basic building blocks of the universe and what forces govern them.

But the collider's new phase of exploration comes at an interesting time, with the Standard Model coming under pressure by a series of measurements that do not seem to fit within its framework.

Earlier this month more than 400 scientists said that after a decade of measuring they had found that the W boson has a significantly greater mass than the Standard Model allowed for.

Harry Cliff, a particle physicist at Cambridge University, said the collider's upgrade means "it's going to be an exciting few years".

Cliff studies particles called beauty quarks at the Large Hadron Collider beauty (LHCb) and said they "are not behaving as we would expect" under the Standard Model.

"All these anomalies could be explained by a single new force," Cliff told AFP.

There are currently four known fundamental forces of nature - gravity, electromagnetism, and the strong and weak nuclear forces - and a fifth would be a "really big deal," he said.

Another explanation could be that we know less than we thought.

It could be that "we're actually looking at one corner of the picture, and there's a much bigger picture where the Standard Model makes a lot of sense," Cliff said.

Either way, it would "be a step on a road to a more unified understanding of the basic ingredients of the universe," he said.

One of the biggest holes in the Standard Model is that it fails to account for dark matter, which is thought to make up a significant amount of the universe.

So far the Large Hadron Collider has found no signs of dark matter.

"By its nature it's hard to detect," Cliff said.

But he added that "would be a big breakthrough, if we could find a particle of dark matter".