Humans Have Been Walking on Two Legs Since 7 Million Years, Fossil Analysis Reveals

The research team studied 20 different characteristics of the bones to determine if the Sahelanthropus tchadensis ambled on two legs or four. 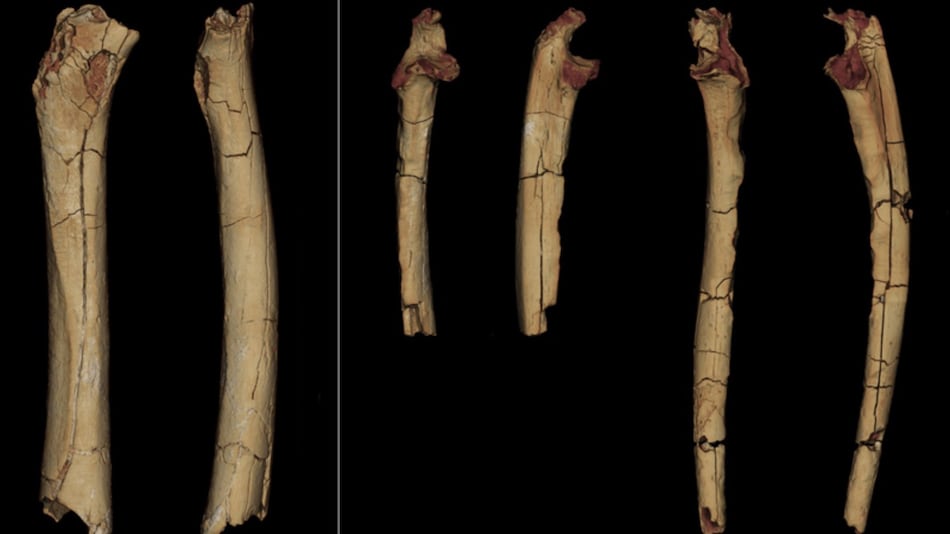 The outer shape of the remains were accessed using microtomography imaging

Our ancestors initially walked on four legs before they evolved and learned to balance themselves on two legs. The transition, which marked a significant moment in human evolution, has caused scientists to find out the exact time-frame in which it took place. A recent study has suggested that human ancestors walked upright about 7 million years ago. And, this is much earlier than what researchers had earlier estimated. The findings were made after a detailed analysis of thigh and forearm fossils. These fossils were found in the Djurab Desert in Chad where an intact skull of a species called Sahelanthropus tchadensis was found in 2001. It is said to be the oldest representative species of humanity.

In the study, the team of researchers compared the discovered fossils with the equivalent bones from humans, gorillas, and chimpanzees. With this, they looked at the mechanics of the bones and how they were used by the species.

They used a total of 20 different characteristics of the bones to determine if the Sahelanthropus tchadensis ambled on two legs or four. The outer shape of the remains and their internal structures were also accessed using microtomography imaging.

Through the analysis, the team concluded habitual bipedalism to be the most likely scenario. It means that while the species climbed up the tree using both hands and legs, they preferred to walk on two legs while on the ground.

They also noted a difference between the way the species climbed trees and how gorillas and chimpanzees do that today. The species did it using firm hand grips rather than leaning back on their toe bones and fingers.

“The curvature and cross-sectional geometric properties of the ulna… are indicative of habitual arboreal behaviours, including climbing and/or 'cautious climbing', rather than terrestrial quadrupedalism,” the researchers wrote in their study published in Nature.

The team believes that the species likely lived in an environment with palm groves, forests, and grasslands where they walked on both legs as well as clambered up trees.