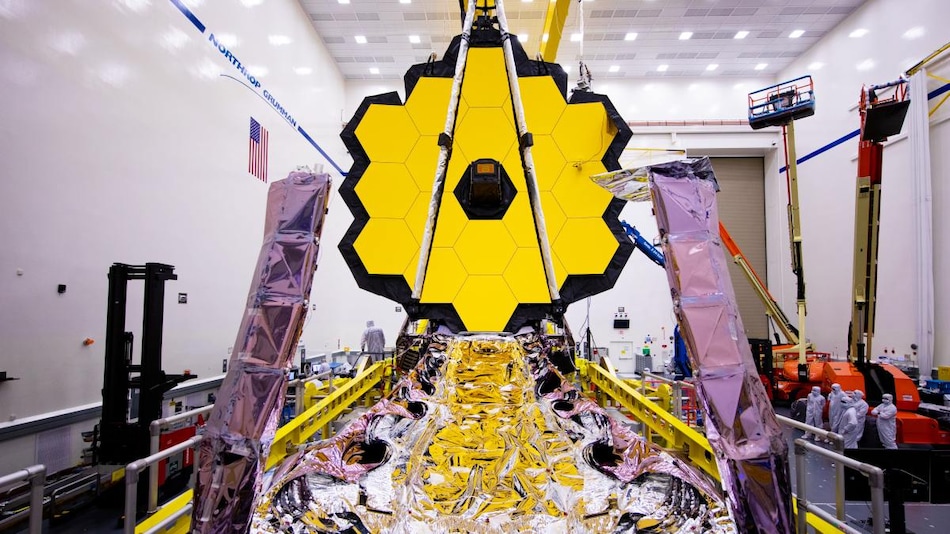 NASA has begun a three-month process to align the James Webb Space Telescope (JWST), so that the $10-billion (roughly Rs. 74,710 crore) observatory could start doing what it was sent for: study the universe like never before. It also recently saw the first particles of light making their way through the entire telescope. So far, this is the closest scientists have come to realising their ultimate goal with the telescope. During the initial process, the images remain blurred and scientists will use them slowly to fine-tune the telescope. The observatory is expected to be ready for science by summer this year.

The agency said James Webb's Near Infrared Camera (NIRCam) detected the first photons of starlight that travelled through the telescope. A team of engineers and scientists will now use the data taken with NIRCam to gradually align the telescope's 18 mirrors to form a fresh lens, NASA added.

✨ Our NIRCam instrument's detectors saw their 1st photons of starlight! While #NASAWebb is not yet ready for science, this is the first of many steps to capture images that are at first unfocused, used to slowly fine-tune the optics: https://t.co/Sak6r7Ncex #UnfoldTheUniverse pic.twitter.com/vHRX8x9ki2

James Webb was launched aboard an Ariane 5 rocket on Christmas last year. Since then, scientists have carried out several processes to unfold it. Exactly a month after the launch, the telescope reached the Lagrange Point 2 (L2), about 1.5 million kilometres from Earth on its nightside, from where it will quietly observe the intriguing events of the cosmos. L2 is a gravitationally stable point in space.

John Mather, the project's chief scientist, said recently that the telescope's “instruments are cooling” but they have started to detect individual particles of light (photons). According to a report by Space.com, Mather, a Nobel laureate and astrophysicist, said there were no images to show the world yet but he hoped they are able to develop images soon.

NASA said in a statement that the telescope-commissioning process will take much longer than previous space telescopes because James Webb's primary mirror consists of 18 individual mirror segments that need to work together as a single high-precision optical surface.

James Webb will take about five more months to pass through a rigorous commissioning process to actually start its job. Its images are expected to be different from those captured by the Hubble telescope as it will see things largely in infrared while Hubble uses different infrared wavelengths, along with visible light.

Joe Rogan Podcast Episode Gets Deleted From Spotify, Podcaster Apologises Over Use of 'N Word'
Apple Music Free Trial Slashed Down From Three to One Month in Select Countries: Report