While Saturn is about 1.61 billion kilometres away from Earth, the image was captured from nearly 1.4 billion km away from us. 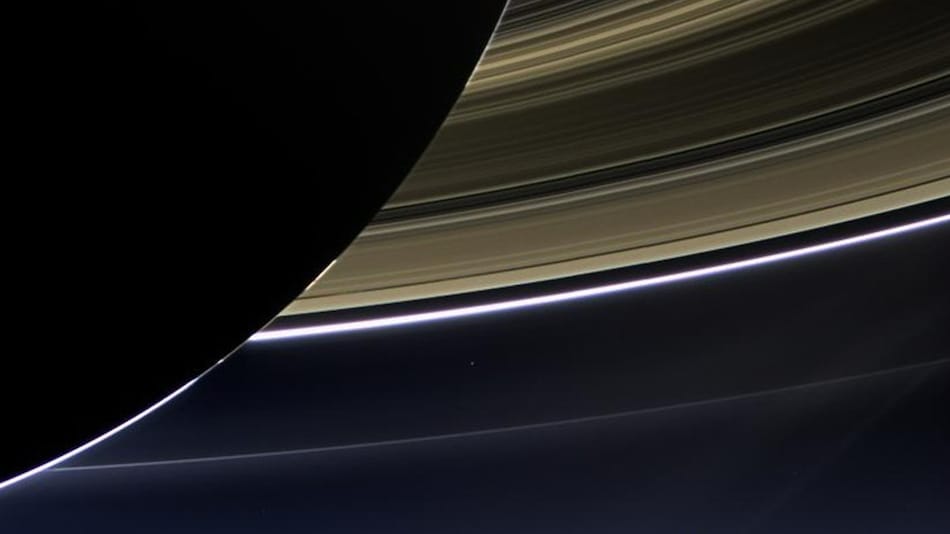 Cassini was a joint mission from NASA and European Space Agency

Astronomers have long observed Saturn and its rings using telescopes that have been placed on Earth and in space. The mysterious planet has always excited scientists. But how does the Earth look from Saturn's perspective? NASA has shared an image of the second-largest planet and some of its rings that also showed how our Earth compared to Saturn. It appears like a shiny, tiny dot against a vast blue canvas. The wide-angle image was captured by the Cassini spacecraft in 2013.

While Saturn is about 1.61 billion kilometres away from Earth, the image was captured from nearly 1.4 billion km away from us. Cassini was an ambitious probe launched by NASA in October 1997. For 13 years, the spacecraft and its accompanying Huygens probe explored Saturn, a giant world ruled by raging storms and delicate harmonies of gravity, and its icy moons. Then scientists decided to send it on its final journey. Cassini plunged into Saturn's atmosphere in September 2017 and ended its life. It sent science data until the very end. The mission was a joint project by NASA, the European Space Agency (ESA) and the Italian space agency (ASI).

This view, looking at the unilluminated side of the rings, was captured from about 20 degrees below the ring plane. NASA has said that the images taken using red, green and blue spectral filters were combined to create this natural colour view. It was only the third time ever that Earth had been imaged from the outer solar system, the agency added. During its mission life, Cassini and Huygens revealed in great detail the true wonders of Saturn. The probe duo revealed Titan to be one of the most Earth-like worlds humanity has ever encountered, according to NASA.

Before it reached Saturn in 2004, the Cassini spacecraft also helped scientists study Jupiter for six months in 2000.

NASA regularly shares stunning images on its social media handles that are captured by its various missions.

Uber Revises Algorithm for Drivers to See Pay, Destinations Before Accepting Trips in US
Reliance Said to Be Taking Control of Future Retail Stores and Offer Jobs to Employees Despite Amazon Dispute