How Intel Is Planning to Support India's 5G Quest 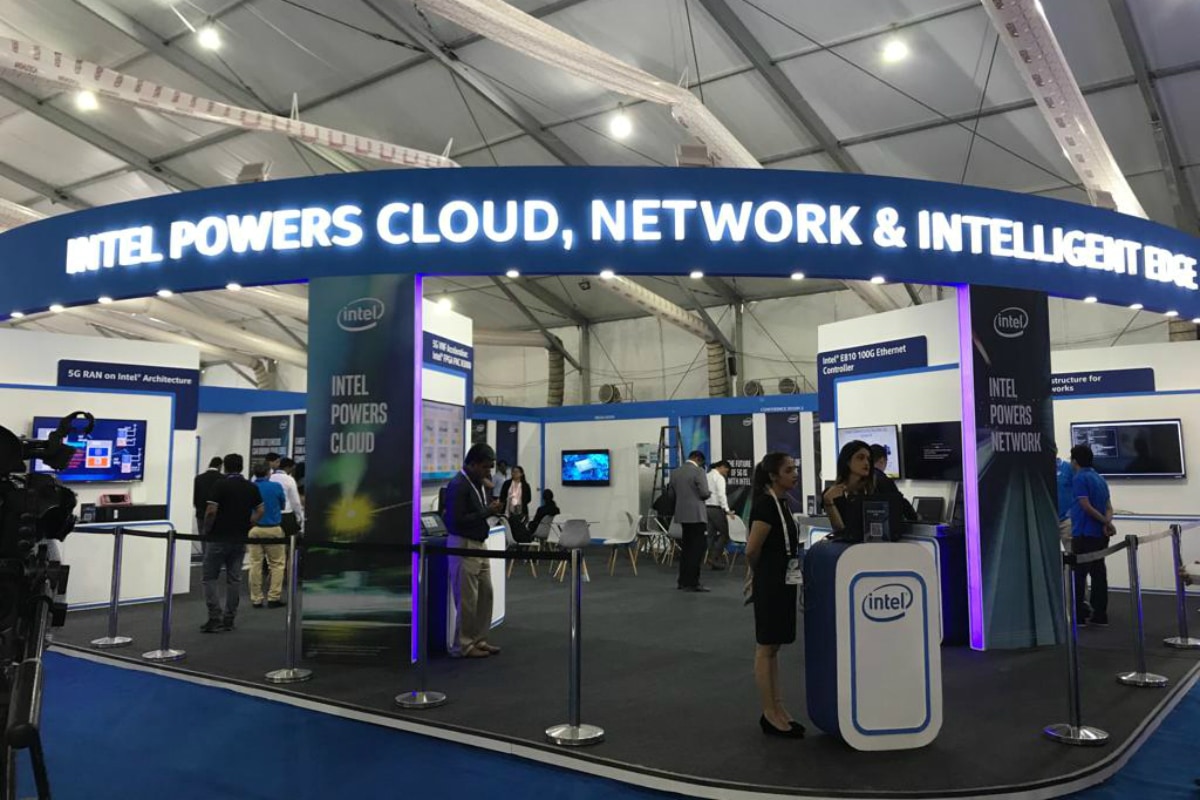 Intel is already a household name for semiconductors, but it is little known that the Santa Clara, California-based company also works with telecom operators around the globe to help them reach new customers and empower their existing subscriber base. As 5G network rollout expands around the world, apart from serving various international markets, the chipmaker is actively involved with major telecom operators in India to bolster their 4G deployments and make them ready for 5G.

In 2018, Intel partnered with Korea Telecom to kick off 5G trials during the Winter Olympics in Pyeongchang. The company powered the network infrastructure in the South Korean region as well as demonstrated applications such as security analytics running on the cloud. However, Rajesh Gadiyar, Intel's VP for Data Centre Group and CTO for Network Platforms Group, underlines that the initial showcasing was just an example of what it can offer to telcos across the world.

"In the last two or three years, we put a lot of emphasis on 5G because it's a game-changing technology," Gadiyar, who has been with Intel for about 23 years and driving its network transformation business for the last 10 years, tells Gadgets 360. "If you follow what Intel's been doing over the last two or three years, we've done more than hundreds of field trials across the globe with all the operators that you could think off."

Intel works with operators to help them virtualise a large chunk of their network functions. Gadiyar states that through its legacy virtualisation expertise, the company implements functions like MMEs gateway and packet gateway as a virtual function on a standard server platform. This enables telcos to scale and transform their current network infrastructure and ultimately deliver next-generation applications such as autonomous driving, factory automation, and live sports with augmented reality (AR) and virtual reality (VR) support, the executive adds.

Intel Aims to Democratise AI, Set Up Stage for 5G in India

"Historically, many of the network functions in the 3G world when we had radio network controllers and those kinds of implementation, they used to be monolithic, like an appliance," he emphasises. "That just wouldn't scale because as you go from 3G to LTE, and now to 5G. You want the platform to be flexible."

Gadiyar also points out that opting for technologies, particularly such as network function virtualisation (NFV) and software-defined network (SDN), comes as a natural extension for the existing virtualisation-based implementation that operators majorly have for their 4G or LTE packet core.

"I think where things are going to change is probably in the RAN (radio access network)," the executive notes. "So that would get virtualised more and more, and people are going to use MIMO (multiple-input and multiple-output) and some of the 5G technologies. Those will begin to get deployed over the next few months."

Unlike the global telecom markets, India is different since operators here intermittently see a drop in their average revenue per user (ARPU). Reliance Jio, which claims to be the second-largest single-country operator, said in its latest quarterly results that its ARPU dropped from Rs. 122 per subscriber a month in the previous quarter to Rs. 120. Similarly, the ARPU is significantly lower among the Indian telcos compared to the operators in developed markets such as the US.

Gadiyar states that all this makes it difficult for domestic telecom operators to go for new innovations. He, however, reveals that Intel has already started working with all major operators, namely Airtel, Reliance Jio, and Vodafone, to help them reinforce their networks.

The Indian operators are initially building their 4G infrastructure using Intel's virtualisation solutions. Nevertheless, there is a scope to extend the partnership for 5G deployments.

"Actually, we have started those [5G-focussed] conversations and then I think in the course of next year -- 12 months or so -- we are going to start looking at 5G deployments in phases," he tells Gadgets 360.

Intel believes that its virtualisation offerings involve cost advantages for operators. But to convince Indian operators to use the developments for their 5G rollout, there is a need to explore strong use cases and applications.

"We have to continuously work [with operators] to optimise the total cost of ownership," says Gadiyar. "And as 5G begins to roll out, we really have to be very careful in how we sort of like using the 5G technology and where the money is to be made. We need to think of what use cases and what applications really benefit from 5G and would we be able to create a successful business model."

Various use cases of 5G have been showcased so far. At IMC 2019 in New Delhi last week alone, Intel and other industry stakeholders demonstrated enormous use cases and applications of the next-generation cellular network technology. All these demonstrations currently target enterprises and are yet to highlight any consumer-focussed use cases, though.

Having said that, he affirms that monetisable services around video is a major use case that is aimed at consumers but would also help operators generate some revenue.

5G Will Change How Telcos in India Earn Revenue: Cisco

According to a report by Deloitte, titled "5G: The Catalyst to Digital Revolution in India", the introduction of 5G networks along with mature solutions across NFV/ SDN, cloud automation, and IoT, is likely to drive more agile and future-oriented networks to support the unrealised business cases of existing 4G networks and further uplift diverse service portfolios.

In addition to its assistance from the technology side, Intel is amongst the key partners in drafting the 5G standards in India and is discussing the ongoing needs of telcos with the Department of Telecom through the consortium called the Telecommunications Standards Development Society, India (TSDSI). The prime aim of the company is to create a "vibrant ecosystem" where operators and regulating authorities can work together to enhance the existing network infrastructure in the country, says Gadiyar.

While Gadiyar finds it difficult to comment on the concrete timelines for 5G rollout in India, he says that it could happen on time -- somewhere in 2020.

"Based on what I see, India is going to be a follower and hopefully a fast follower[...] And sometimes, it's not a bad idea to actually be a fast follower versus being a leader, especially in the revenue or the ARPU environment that you live in," he concludes with a chuckle.