Jio GigaFiber is currently available as a preview to select consumers. 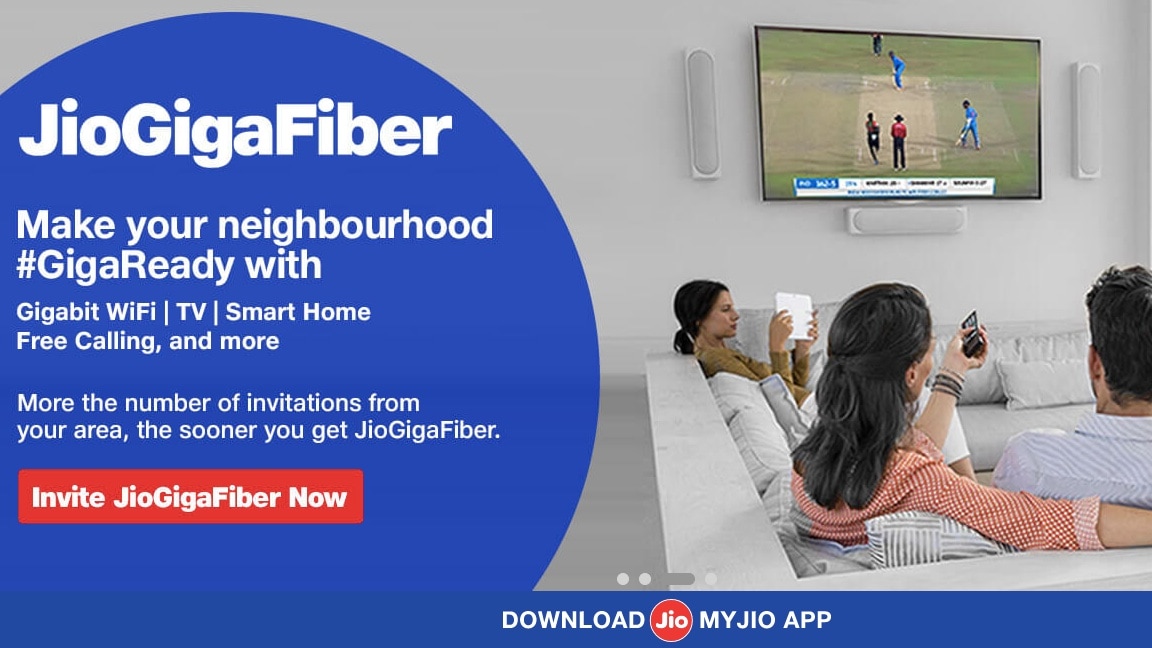 Reliance Industries Limited (RIL) is hosting its 42nd Annual General Meeting (AGM) on Monday and the company is expected to announce the details of the commercial Jio GigaFiber rollout. The company may also unveil the next iteration of its Jio Phone, which is rumoured to be called Jio Phone 3. No credible details about the Jio Phone 3 are available at this point, however given the past two AGMs, where Reliance showcased the first two Jio Phone models, there is a chance we will see a new Jio Phone model next week.

Reliance Jio officially announced Jio GigaFiber at last year's AGM, however the company is yet to start the expanded rollout of the broadband service. Jio has been slowly ramping up GigaFiber expansion in some cities, however there is still no official way to get the service apart from waiting for a company executive to show up at your doorstep.

The company is now expected to detail the wider expansion plans at the AGM next week. It will also be revealing the GigaFiber plans as the existing preview customers are essentially using the service for free and no plans are known at this point. The preview consumers are charged a refundable security deposit or either Rs. 4,500 or Rs. 2,500.

As per reports, Jio may bring a combo plan at Rs. 600 a month with broadband, landline, and IPTV service. A Jio Triple Play plan was also leaked, and it included unlimited voice and data, Jio Home IPTV service, and access to Jio apps. In a recent analyst note, BankAm-Merrill Lynch reportedly predicted that Reliance Jio could bring three subscription plans for the GigaFiber broadband service. The base and the most affordable plan will just offer broadband connectivity at 100Mbps, whereas the second plan will include IPTV access as well. The third and the top-end plan will include broadband access, IPTV service, and Smart Home services. The prices of these plans could start at Rs. 500 and go over Rs. 1,000.

Jio Phone 2, which was launched last year, includes features like a 2.4-inch display, 2-megapixel rear camera, a VGA front shooter, and 2,000mAh battery. The feature phone ran on Kai OS. The same OS is expected to be present on the Jio Phone 3. The features are likely to be upgraded and we can also see the popular apps like WhatsApp and YouTube to be preloaded on the phone. Although Jio Phone was a hit for the telecom operator, reports indicate Jio Phone 2 didn't get a great response.

RIL's AGM will begin at 11:00am IST on August 12 and sometime over the next couple of hours, the company is likely to announce Jio GigaFiber and Jio Phone 3 details.

Meanwhile, Reliance Jio had started the wider rollout of its landline service among the Jio GigaFiber preview users. The service is known as JioFixedVoice and will allow the users to make calls over their GigaFiber connection.