The escalating US actions are starting to inflict genuine pain on China. 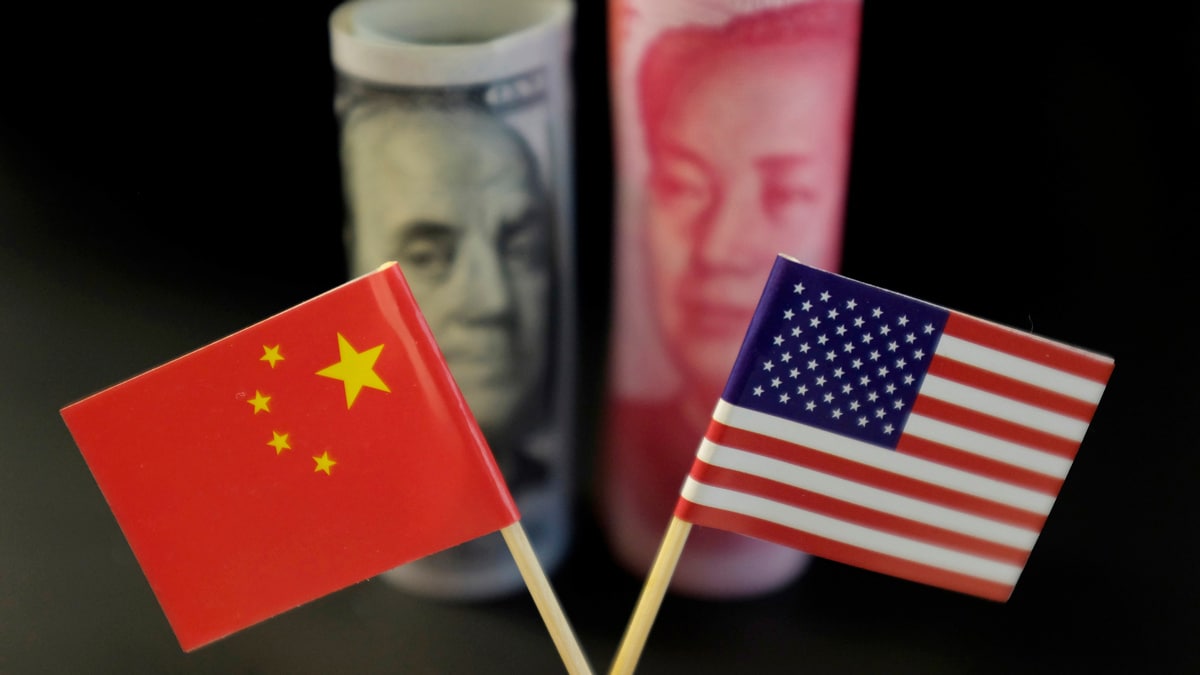 It may have begun as a trade war, but the US conflict with China is increasingly becoming a technology war.

President Donald Trump's decision to confront Beijing over policies that he says discriminate against foreign companies and distort global markets has become a battle for control of advanced communications and computing technologies.

That evolution is taking the transpacific conflict into sensitive realms of national security and human rights, making a quick settlement an ever more distant outcome. It is also putting at risk a wide array of US-China technology cooperation, including easy access to visas for researchers and venture capital funds for US start-ups - and threatening to boomerang on US companies that China might retaliate against.

The administration's decision to blacklist one of China's most prominent companies, Huawei Technologies, along with the likelihood that US officials will take similar action against additional Chinese targets, means the administration's offensive against China is likely to intensify before Trump meets Chinese President Xi Jinping at the Group of 20 summit in Japan at the end of June.

"The trade war really is more about technology than about trade," said Paul Triolo, who heads Eurasia Group's global technology policy practice. "Our sense is that the gloves are off."

The escalating US actions are starting to inflict genuine pain on China.

On Wednesday, two British telecommunications companies, Vodafone and a unit of BT Group, said they would halt the use of Huawei smartphones on their newest networks. And Arm Holdings, a major designer of mobile-phone computer chips, said it was "complying with all of the latest restrictions set forth by the US government."

As the financial casualties mount, Xi shows no signs of blinking. On Wednesday, during a visit to southern China, he urged people to prepare for difficulties that he likened to a "new Long March."

The reference was to the Communists' 1934 fighting retreat that traversed more than 5,000 miles and became an inspirational touchstone for later generations, filling a role akin to that of Valley Forge or Gettysburg in the United States.

In coming weeks, the administration is expected to impose sanctions on Hangzhou Hikvision Digital Technology as part of a crackdown on Chinese companies and possibly government officials involved in repressive government policies in Xinjiang province in western China, Triolo said.

Other Chinese companies involved in supplying cameras and computers for the "Big Brother" surveillance system that China uses to control the Muslim inhabitants of Xinjiang, known as Uighurs, also may be hit with a range of US punishments, according to Triolo and other industry executives tracking the administration debate.

An estimated 3 million Uighurs are detained in government camps, Randall Schriver, the assistant US defense secretary for Asia, said earlier this month.

Cui Tiankai, China's ambassador to the United States, has denied reports of concentration camps and insisted that Xinjiang residents voluntarily attend vocational training centers. Xi is certain to bristle over any US penalties tied to what Chinese officials traditionally describe as their internal affairs.

The administration is moving on other fronts to limit commercial ties between the two countries.

A Treasury Department-led panel now scrutinises more closely proposed Chinese investments in US technology companies, and the Commerce Department is drafting new regulations to limit exports to China of 14 categories of advanced technologies, including quantum computing, robotics and artificial intelligence.

Little more than two weeks ago, the United States and China were on the brink of what Treasury Secretary Steven Mnuchin billed as a "historic" trade deal. Eleventh-hour efforts by Chinese negotiators to water down core provisions prompted Trump instead to more than double tariffs on $200 billion in Chinese goods and begin the process of taxing all products from China.

Over the past week, Trump also has unleashed his national security team, which has been eyeing tough measures against China for more than a year. On May 15, the president signed an executive order giving the commerce secretary power to bar US companies from buying foreign telecom equipment that might open US networks to "potentially catastrophic effects."

Huawei was not named in the presidential order, but analysts said the measure was clearly aimed at the Chinese telecom giant, which had $105 billion in sales last year.

"The meltdown of the trade talks gave license to the national security hawks to really run with the ball. It seems like this is just the beginning," said David Hanke, a partner at Arent Fox and a former Senate Intelligence Committee staffer. "China has been waging a tech war against us, but until now the US government was barely pushing back."

The administration says the crackdown is warranted to prevent Chinese companies from embedding their products with technology back doors that would allow Beijing - in the event of a conflict - to spy on Americans or disrupt essential services.

In 2017, the Army ordered a halt to the use of drones manufactured by Shenzhen-based DJI, a leading maker of the unmanned aerial vehicles, amid US government warnings that they were sending data to computer servers in China.

The company denied the reports, but just this week the Department of Homeland Security alerted US companies about "the inherent risks associated with using [drone] technology manufactured in China" and suggested measures they should take to reduce those risks.

Chinese companies are heavily dependent on US suppliers for many critical components, including semiconductors. When the Commerce Department last year barred US companies from supplying ZTE, another Chinese telecom company, it was widely seen as a death sentence for the company.

Trump lifted the ban after a personal appeal from Xi and the company's agreement to pay a $1 billion penalty.

China does not enjoy equivalent leverage, but Chinese authorities can inflict pain on US tech companies if they choose to do so. China accounts for more than 90 percent of global production of rare-earth materials used in smartphones, batteries, guided missiles and other products.

"China has few if any companies that supply technology inputs to US companies that America either don't produce or cannot buy from friendly nations. China does, however, have a dominant position in rare-earths, a position they have achieved in large part through predatory pricing," said Rob Atkinson, president of the Information Technology and Innovation Foundation. "This now can be a potent weapon because rare-earths are key inputs to many advanced products. And while Australia produces rare-earths and the US has significant rare-earth resources, ramping these up will take time."

China also can retaliate against US action via various administrative measures. Already, roughly 1 in every 5 US companies operating in China have experienced additional government inspections or slower customs clearances during the tariff war, according to a survey by the American Chamber of Commerce in China.

With little more than five weeks before the American and Chinese presidents are scheduled to meet, most analysts say they think Trump still wants a trade deal.

He has been mum on Huawei, neither tweeting triumphantly nor warning of potential security risks. And the Commerce Department has granted a temporary license, allowing US companies to continue supplying existing Huawei operations for 90 days, well past Trump's G-20 meeting with Xi.

"I still think the White House wants a deal," said Scott Kennedy, a senior adviser on China at the Center for Strategic and International Studies. "Right now, we're in free fall. The hope is we can find some equilibrium."

Huawei Insists It's the Victim This Time of Stolen Trade Secrets