The Realme Smart TV is available in two sizes - 32-inch and 43-inch. 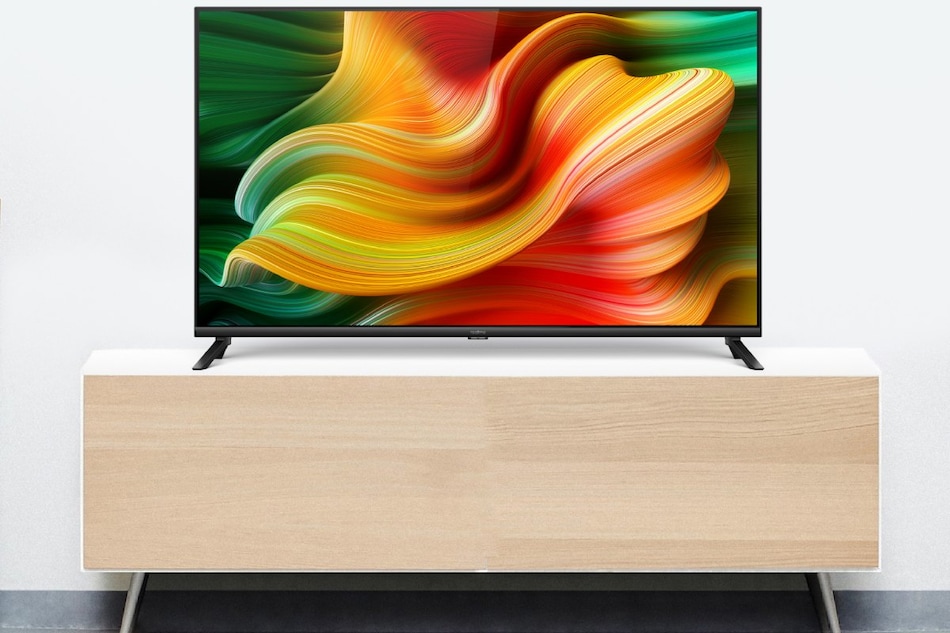 After plenty of speculation, rumours, and teasers, Realme has finally launched its first smart television in India. The Realme Smart TV is available in two screen sizes - 32-inch and 43-inch. With the Realme Smart TV launch, the Chinese electronics manufacturer is entering the the highly competitive budget smart television segment in India, where it will go up against brands such as Xiaomi, Vu, and Blaupunkt, to name a few.

Other specifications on the Realme Smart TV include a peak brightness of 400 nits, support for HDR up to the HDR10 standard, 1GB RAM, and 8GB of internal storage for apps. The television is powered by the MediaTek MSD6683 processor; MediaTek is widely considered to produce the best chipsets for smart televisions, and this will help with performance on the Realme Smart TV.

For sound, the Realme TV uses a four-speaker system with 24W of rated sound output. The speaker system has two full-range drivers and two tweeters, thereby promising better and more detailed sound. There is also support for Dolby Audio and Bluetooth 5.0.

The launch event also saw the launch of the Realme Watch and Realme Buds Air Neo true wireless earphones, priced at Rs. 3,999 and Rs. 2,999 respectively. Realme's expanding portfolio and product launch plans closely resemble that of Xiaomi, which also has a varied product range that goes far beyond smartphones.

Realme's first televisions in India sensibly come in the two most popular size variants and prices, giving the company access to a large and price-sensitive market that it will hope to win over with its competitive pricing. The company will compete against established players in the online segment, including Xiaomi, Vu, and Blaupunkt, which all produce affordable smart televisions priced at under Rs. 20,000. Realme's focus on stock Android TV, and its growing presence in the smartphone market will help build brand and product awareness for its televisions.