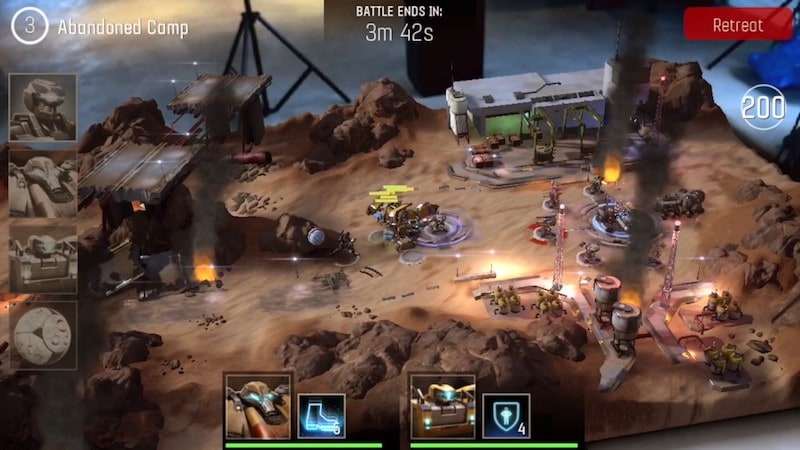 At the iPhone 8, iPhone 8 Plus, and iPhone X launch event, Directive Games - a Shanghai-based studio took to the stage to announce The Machines. It’s powered by ARKit and claims to be the world’s first competitive augmented reality game.

ARKit Could Be iOS 11’s Killer Feature: What You Need to Know to Get Started

The Machines has two factions - the rebels and the dominators squaring off in battle onscreen with a sci-fi aesthetic not too dissimilar from the Warhammer 40K games. Utilising a top down perspective, you can battle your friends in the same room or those the world over. You can move your phone around to see the game unfold in front of you akin to a tabletop game. Using the Unreal Engine, Directive Game’s Atli Mar stated that The Machines can render 1.2 million polygons. The Machines is out on the App Store this month.

"It's like you're not just controlling the game, you are in the game," says its developer, Atli Mar, CEO and co-founder of Directive Games.

I Love AR and VR, but I’m Not Looking Forward to Apple's ARKit

With ARKit being the next frontier for many a developer - gaming or otherwise, it will be interesting to see how many developers take advantage of ARKit, or if it, much like the Kinect, ends up being a gimmick.