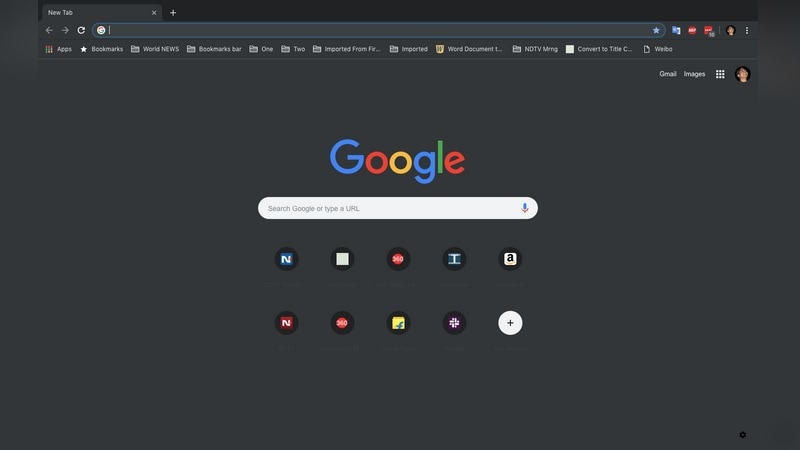 Chrome 73 – the latest build of Google's browser for desktop and mobile – has been released for Android, Linux, macOS, and Windows. The rollout of Chrome 73 is staged and will soon reach users on the aforementioned platforms. Among the key changes brought by Chrome 73, it finally introduces dark mode for the browser's macOS version. Aside from bug fixes and performance improvements, it brings Data Saver support for HTTPS pages on Android, new “Enhanced spell check” and “Safe browsing extended reporting” features, as well as support for media keys among others. Additionally, features like cross-platform tab sharing are currently under testing.

The stable Chrome 73 update is now rolling out on all compatible platforms and will soon reach users across the globe over the course of the next few weeks. A highly anticipated feature brought by Chrome 73 is support for dark mode on the browser's Mac client, but unfortunately, it appears that Google Chrome users on Windows will have to wait a little longer. Chrome 73's dark mode conforms to the Mac machine's dark theme if the same is applied at OS level. Chrome 73's dark mode on Mac looks quite similar to the browser's native incognito mode.

As for the new features introduced by Chrome 73, it brings support for media keys on a compatible macOS, Windows, or Chrome OS-powered system. Users can now use the dedicated media keys on their keyboard to control media playback on services such as YouTube. Moreover, it introduces support for progressive Web apps (PWAs), now live on all desktop platforms as well as mobile. Signed HTTP exchanges and constructible style sheets are among the other features arriving with Chrome browser's latest build.

“Enhanced spell check”, “Safe browsing extended reporting”, and the “Make searches and browsing better” feature for allowing Chrome to collect URLs on an anonymous basis are a few other features that are now live. Additionally, automatic picture-in-picture mode optimisation for video in PWAs and the addition of a “Skip Ad” button in Picture-in-Picture window are among the new features that have entered testing with Chrome 73's arrival.

As for Chrome 73 on Android, it brings the ability to view content on the Dino page, which means users can browse through suggested articles even when they are offline. Another key change is the arrival of Lite Pages notification on the omnibar, and the fact that Data Saver now supports HTTPS pages. Lite Pages are optimised versions of webpages presented after passing them through Chrome's Data Saver feature to make them consume lesser data and load faster. Chrome on Android will now show the “Lite” text in the URL bar for HTTP as well as HTTPS webpages to let users know when a webpage's optimised version is being displayed. Tapping on the “Lite” option will let users choose if they want to remain on the optimised webpage or load the original version.