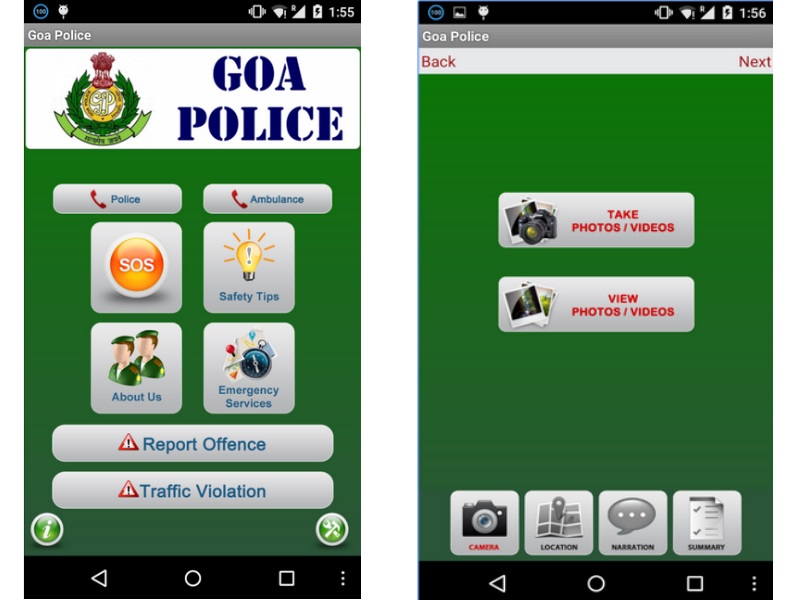 Goa police have launched a mobile app to enable vigilant citizens to report a law or traffic violation, police said on Monday.

The new application, available for now on Android and iOS platforms, provides for reporting law and traffic violations via video and photos straight to the police department, enabling initiation of action immediately, a Goa police statement said.

"The 'report offence' and 'traffic violation' keys are functionalities that enable the user to capture and report offences and traffic violations in a structured manner. If a user at any time witnesses anyone breaking the law or any irregularities within the state, the user can compile a report comprising an image or video evidence of the offence," the statement said.

"In addition, the user can record a narration of the events, and add the locational details of the offence. All this can be done in offline mode and saved for further alteration or can be directly sent to Goa police for processing," it further said.

The app, which can be searched on Playstore or on iPhone Apps using 'Goa Police' as a search code, also has an SOS button in case of emergencies, which immediately calls a saved number with a single click.

"SOS is a key functionality in times of emergency. Once the SOS button is clicked, it will try and get the users GPS co-ordinates and send this information along with a message requesting for help to all contacts saved in the 'Emergency Contact Numbers' page," it said, adding the police control room service as well as medical emergency response unit can also be contacted via the app.