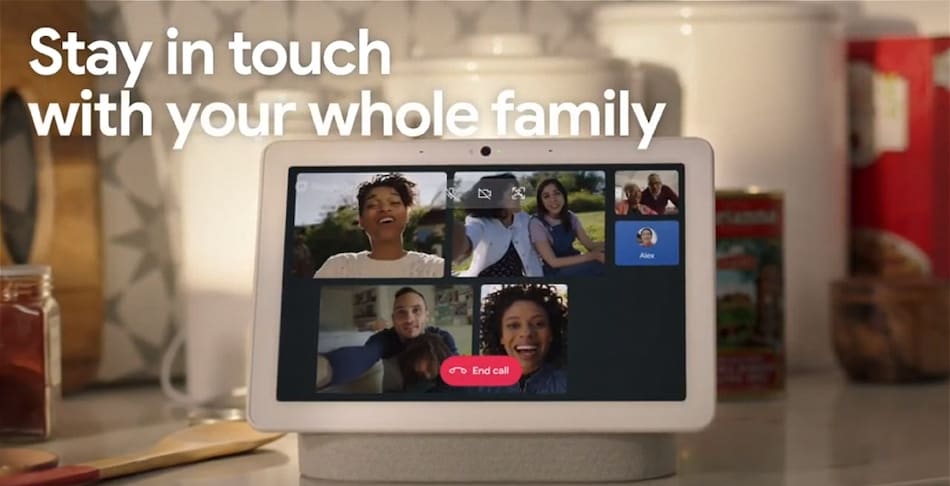 Google announced in a blog post that this was the first time that Google Meet had been introduced on smart displays, and it extended Google's efforts to make Meet easily accessible on all sorts of devices, given the recent dependence on group calls for conversations. Users can now ask Google Assistant to make a group call on Google Duo or Google Meet.

To make group video calls via Google Duo, the smart display users will first need to create a group in the Google Duo mobile app. After that, they could just go the Nest Hub Max (or the other compatible devices) and call out, “Hey Google, make a group call”. Then they will need to tap on the Duo group they want to connect in order for the video call to begin on their smart display. This enables the user to move around the house while continuing to talk on the call and staying in view. As mentioned, Duo allows up to 32 people on a group call.

Google Meet, on the other hand, allows for up to 100 people to join in for a family activity, fitness class, book club, or any other gatherings. You can easily join a meeting by just calling out, "Hey Google, join a meeting" then tap the "enter a meeting code" option and type it in to join. You could also set a reminder on Google Calendar to instantly join the next meeting by triggering the command, “Hey Google, join my next meeting.”

Apart from this, Google is also enabling beta support for G Suite accounts to let users host work meetings on their personal Nest Hub Max. G Suite admins can sign up for the beta on Google's website.

Announced at CES 2020, Google is finally rolling out its speed dial feature on Google Assistant-enabled smart speakers and smart displays. Once set up, anyone can dial the pre-set contacts easily. For instance, you can call your neighbour by saying "Hey Google, call Tasneem" or by tapping on Tasneem's name on your smart display's household contacts list. This new feature is also only rolling out for US users initially.