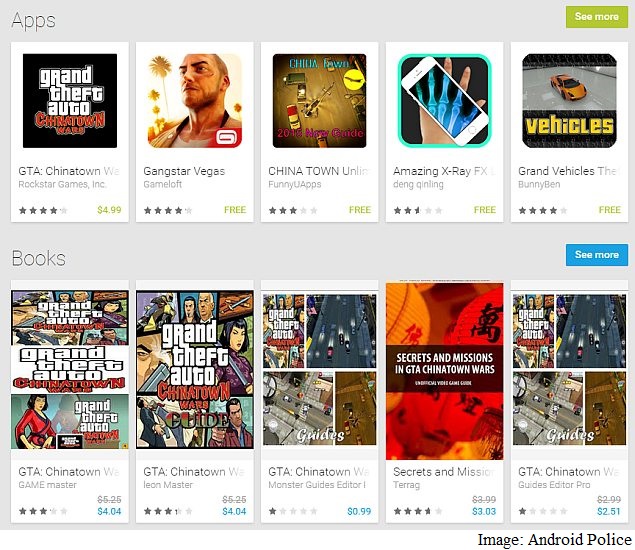 A new report has surfaced online that points to the presence of malicious content on Google Play. The Android app and content store is said to include several fake guides in the Google Play Books section that claim to offer cracked and modded Android apk files and install malware instead.

Android Police noted that Google Play Books has multiple publisher accounts that claim to offer the cracked apk files of both paid and free-to-play games (modded with all in-app purchases preloaded) at a negligible cost. The guides contain download links and installation instructions.

The good folks at Android Police say they tried some of these download links out, and found them to be connected to a site named Androider, and lead to multiple malicious exe and apk files being downloaded.

The publishers are seen listing several dozen games and apps ranging between $0.99 - $3.00, which are considerably less than the original paid versions. It has been added that some of the sellers are Monster Guides Editor Pro, Johnny Bravo, leon Master, and more. Google has not yet addressed the issue as of now. The fake 'guides' are said to have been present in Google Play Books since past few weeks.

Google on Tuesday introduced the Google Play Services 7.0 with new APIs for developers. One of the highlights of Play Services 7.0 is the new Places API, which includes a built-in picker to easily access details of a particular place like name, address, phone number, website and others. Using the API, developers can pick location data and format it in a custom UI to show to users. Changes to the Google Fit API, and the launch of the Nearby Connection APIs, were also announced.