Inbox by Gmail Is Officially Dead, but iOS and Older Android Versions Continue to Work 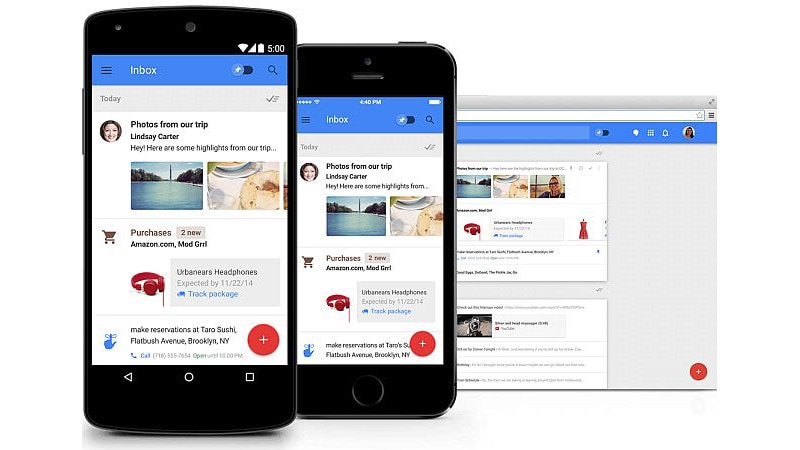 Inbox by Gmail was officially discontinued on April 2, 2019

Inbox by Gmail was officially discontinued on April 2 and if you are already missing its Android app, there is a way to continue using it, at least for the time-being. While the latest version of Inbox by Gmail Android app has started throwing “This app is no longer available” error, the older versions continue to remain functional. There is a possibility that the older versions will also stop working, but you can continue to enjoy Inbox by Gmail in the meantime. The latest version of the iOS app remains unaffected for now, but it's only a matter of time until this stops working too.

As announced by Google in September last year, the Mountain View-based company officially discontinued Inbox by Gmail on April 2. The service's Web version is working for now but is expected to be shut down very soon, however the latest Android version of Inbox by Gmail has already stopped working. If you have been a regular user of the Inbox by Gmail Android app, there is still a way use the service. According to some savvy Reddit users, the older versions of Inbox for Gmail Android app continue to remain functional. We have checked and can confirm the same. The latest iOS version (v1.3.19) of the Inbox by Gmail still works for us as well. Notably, the app is no longer listed on the App Store, so this method of access will work only if you already have it installed.

For iOS users, as we mentioned, the latest version of the Inbox by Gmail app still works. However, it's only a matter of time that this stops working, and when that happens, iOS users won't have much recourse as installing older versions is nearly impossible. As we noted, the v.1.3.19 of the app is no longer listed on the App Store, so you'll need to already have it installed to have continued access.

To recall, Inbox by Gmail was originally introduced back in 2014 as a radical new way to access Gmail. Over the years, several of Inbox by Gmail features have made their way to regular Gmail but there is still a number of features that remain missing.