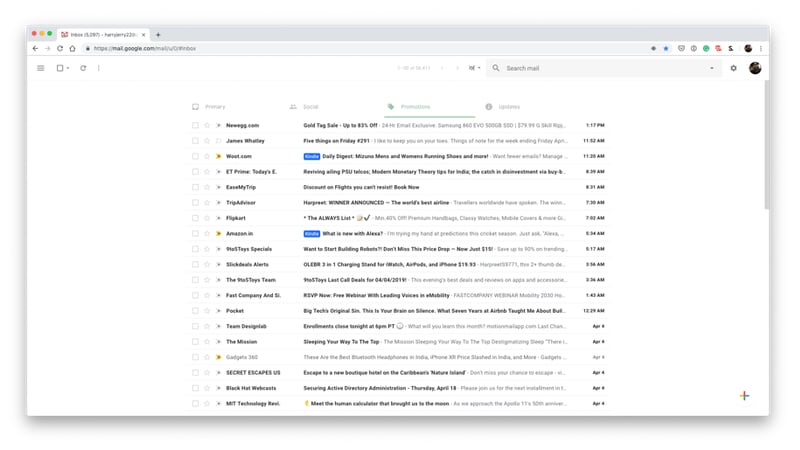 The Chrome extension, titled Simplify Gmail, brings a new design to your Gmail inbox. It doesn't help much with functionality, but if you're simply looking for a cleaner interface, the extension can really help.

Simplify Gmail is available on the Chrome Web Store as a free download. Once installed, the Chrome extension adds a new design and reduces the clutter which is present on the existing Gmail design. The redesign moves the sidebar behind a collapsible menu and takes the compose button to the right-hand side of the display.

The Chrome extension has been developed by the co-creator of Inbox by Gmail, Michael Leggett, who had previously spent four years as the lead designer for Gmail. On the Chrome Web Store listing page, Leggett claims he's been writing Chrome extensions for years for his personal use.

He goes on to write, "With the unfortunate demise of Google Inbox, I wanted to bring the simplified email experience to Gmail." Leggett also clarifies that his Chrome extension is safe to use as there are no trackers and no data is sent or shared with a third party. He also promises there will be no ads on the extension.

How to install and use Simplify Gmail

Windows 10 May 2019 Update Announced, Users Will Get Much More Control Over When and How it is Installed
Criminal Justice Review: Can It Be to Hotstar What Sacred Games Is to Netflix?