Instagram Adds 'Boomerang' and 'Mentions' to Stories; Confirms It's Working on Live Video 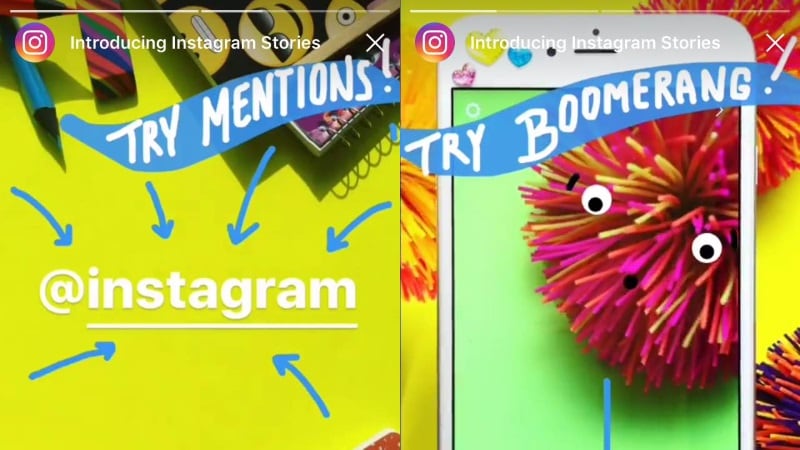 In August, Instagram introduced a new feature called 'Stories' that allows users to string together multiple shots or video clips into a single video that can then be shared with friends. This feature was widely compared with rival app Snapchat's Story feature. In order to expand the reach of its feature, the company brought 'Stories' to the 'Explore' tab in October. Instagram has now added two new features to provide further functionality to its Instagram Stories.

The new update to the Instagram app, available on both App Store and Google Play, brings features 'Boomerang' and 'Mentions' to the app that are primarily meant for Stories. The Boomerang feature allows users to create a short video clip that, as the name of the feature suggests, plays forward and backward. This feature can be accessed from the bottom of the screen after opening the stories camera.

The 'Mentions' feature allows users to tag people inside their stories. "Type '@' followed by a username, just like in captions and comments. When someone taps the mention in your story, it will take them to that person's profile," the company said in the release notes.

Further, the company's CEO Kevin Systrom has confirmed to the Financial Times that it is working on bringing Live Video feature to the app. "Live is really exciting for us. I think it can enhance what we're doing. If I'm trying to strengthen relationships with someone I love, them streaming video to me live would be an amazing way to be closer to them," Systrom was quoted as saying.

Last month, reports suggested that Instagram was testing its live video feature, dubbed as 'Go Insta', in its 'Stories' section for some users on the beta Android app in Russia.