Microsoft has redesigned its Word, Excel, and PowerPoint apps to make them simpler and more beautiful. 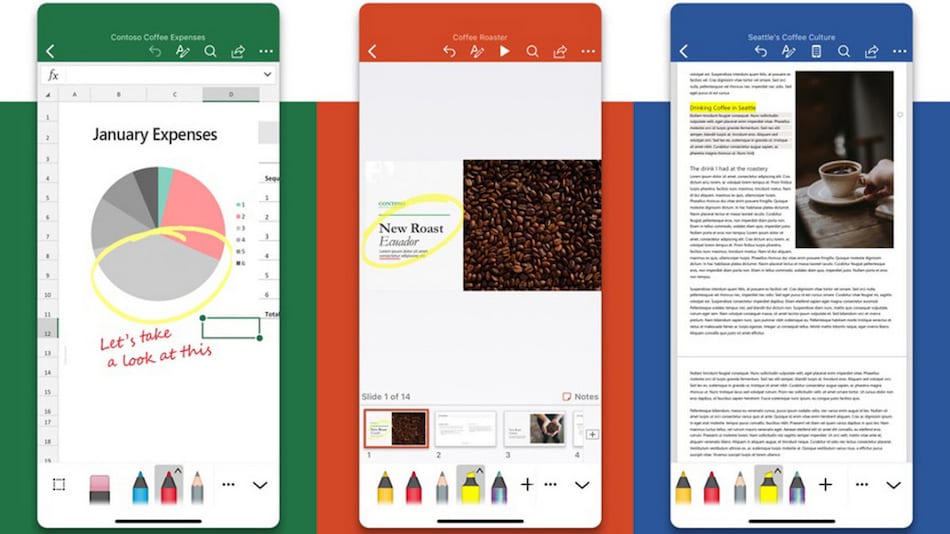 Microsoft Office apps for iOS and iPadOS can be download from Apple App Store.

Microsoft has released redesigned versions of its mobile Office apps for devices running iOS and iPadOS. The users will get Excel, PowerPoint, and Word apps that now have a reworked interface to allow for quick edits. While there aren't many new features in the latest version of Microsoft Office apps, the user experience has been improved by making the apps simpler to use and faster. The updated apps can be download from the Apple App Store.

Visually, the apps look cleaner and minimalistic. Microsoft says they have made the apps more “simpler, faster and more beautiful than before.” Excel has the most changes while Word and PowerPoint have had a redesign and addition of the Alt Text Pane.

Among the Excel changes is XLOOKUP function integration that allows users to find values vertically and horizontally. Microsoft previously released XLOOKUP to Office insiders and received positive feedback after which it decided to release it to the public. Some of the other features in the updated Excel include the ability to use mail and directly respond to comments and mentions without having to open the workbook.

All three Office apps now get an Alt Text Pane that allows you to add captions and makes content more accessible. The changelog released by Microsoft shows that all three of the apps have been redesigned from scratch.

As mentioned, the three Microsoft Office apps can be downloaded from the App Store. You will need iOS 12.0 or later for these apps to work. Also, Apple Watch users will need watchOS 3.0 or later if they want to use the latest version of Microsoft PowerPoint.