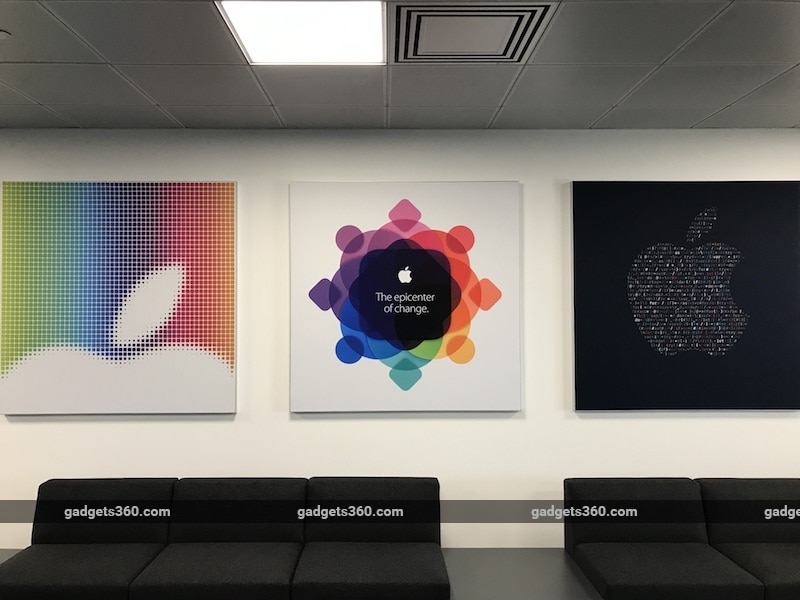 Phil Schiller is in India this week to mark the official opening of Apple's App Accelerator in Bengaluru, a venture that was announced by CEO Tim Cook during his visit to India last May. The centre in the Yelahanka area of Bengaluru has already hosted a few developers, and starting Friday, any registered Apple developer can apply via the accelerator's website, and benefit from the advice of the experts at hand on a wide variety of topics like app design, marketing, as well as deep-dive sessions of Apple technologies like Metal, and detailed feedback on their existing apps.

Gadgets 360 sat down with Phil Schiller to talk about all things Apple, and we started, of course, with the accelerator.

"We want to, as the name says, accelerate the quality and the innovation of the apps that are being created here, by bringing some of our unique Apple expertise close to developers who are making their great software," Schiller, Senior Vice President Worldwide Marketing at Apple, said in Bengaluru on Friday. "What unique Apple expertise? Well, things like user interface design, ease of use - those are in our DNA and things we spend a lot of time on. We think that all developers in the world we can help with that, and we know here in India we can be of great assistance [to] developers with that."

"We also have a lot of knowledge about latest frameworks and technologies and innovations we are building into our platforms, and so by having an accelerator, here we give a greater opportunity for the developers in the market to learn about these innovations quicker, play with them, experiment with them, understand how they can best use them in their apps, I think that can help them to make more innovative apps, quicker than if we weren't here," he continued.

We asked Schiller, who's also in charge of the App Store and developer relations at Apple, how this centre will be different from similar facilities in Naples and Brazil.

"We have centres in Brazil and Naples that started from a need to help create new developers, starting particularly with students," Schiller explained. "There will be some of that here, but the reason we call this an accelerator is because the idea is to take this fast growing market of software developers and and help them accelerate the work they're already attempting to do. So that is a unique perspective, and this is the first time we've created an app accelerator, so it is like the other centres, but different as well."

Schiller hoped the centre, which will be capable of hosting 500 developers every week, will help the strong iOS developer community in India build better apps for customers in India and the rest of the world.

"We've got a growing community of developers here in India, [and] it's remarkable. We have just under half-a-million registered developers - in terms of people working on those teams - and the app ecosystem, the estimate is somewhere around three-quarters-of-a-million people working on the app ecosystem for iOS," Schiller said. "That is a great number, but it can get so much larger still, and it's growing quickly, so we want to help that to grow, and to continue to grow."

"I think what we hope from this accelerator is that we can help the local market create apps for customers in India that better meet the needs of our growing customer base here," he added. "We also think we can help developers here at the accelerator to make apps that reach further around the world, because there's an entire world that wants their software too, and having that opportunity is something that's of benefit to them and now people here can help them learn more about that and take better advantage of it. Simple things like learning how better to market your app on the App Store, we're gonna help with things like that for the developers here."

Finally, he expressed hope that Apple will be able to learn a lot about the Indian consumers based on feedback from the developers.

"Last and not least, we hope that we learn a lot back from the developers here, both about the things they are trying to do and how our products can better serve the things they want to create, but also better meet the needs of the customers here in the marketplace in India, it's such an important growing market for us that this will be a centre that helps us to learn more, faster too, so we gain a lot out of it, and hopefully we can give a lot back to the developer community."

Stay tuned to Gadgets 360 for more from our chat with Phil Schiller.

Disclosure: Apple sponsored the correspondent's flight and hotel for the trip to Bengaluru.