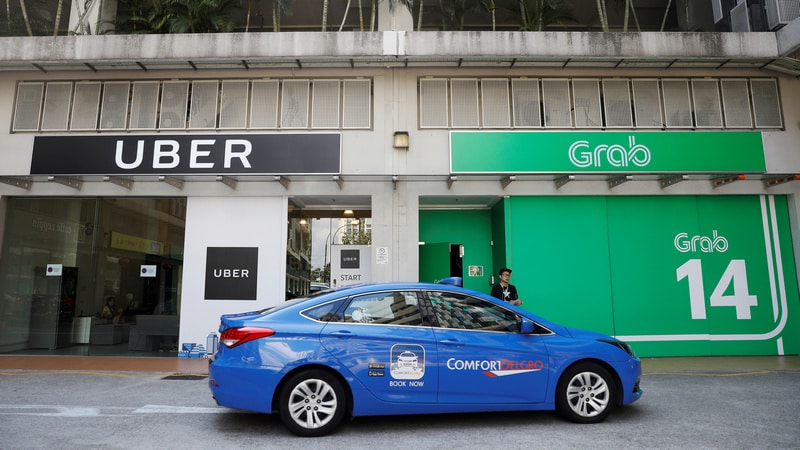 Ride-hailing firm Uber Technologies has agreed to sell its Southeast Asian business to bigger regional rival Grab, the firms said in a statement on Monday, marking the US company's second retreat from an Asian market.

The deal marks the industry's first big consolidation in Southeast Asia, home to about 640 million people, and puts pressure on Indonesia's Go-Jek, which is backed by Alphabet's Google and China's Tencent Holdings.

As part of the transaction, Uber will take a 27.5 percent stake in the Southeast Asian company and Uber CEO Dara Khosrowshahi will join Grab's board.

Expectations of consolidation in Asia's fiercely competitive ride-hailing industry were stoked earlier this year when Japan's SoftBank Group made a multi-billion dollar investment in Uber.

SoftBank is also one of the main investors in several other big ride-hailing firms including Grab, China's Didi Chuxing, and India's Ola.

Ride-hailing companies throughout Asia have relied heavily on discounts and promotions, driving down profit margins.

Uber, which is preparing for a potential initial public offering in 2019, lost $4.5 billion (roughly Rs. 29,200 crores) last year and is facing fierce competition at home and in Asia, as well as a regulatory crackdown in Europe.

"It will help us double down on our plans for growth as we invest heavily in our products and technology," Khosrowshahi said in a statement.

Grab said it will take over Uber's operations and assets in eight countries in the region, and will expand its food delivery services.