WhatsApp is also redesigning the security page for the desktop client, as per a report. 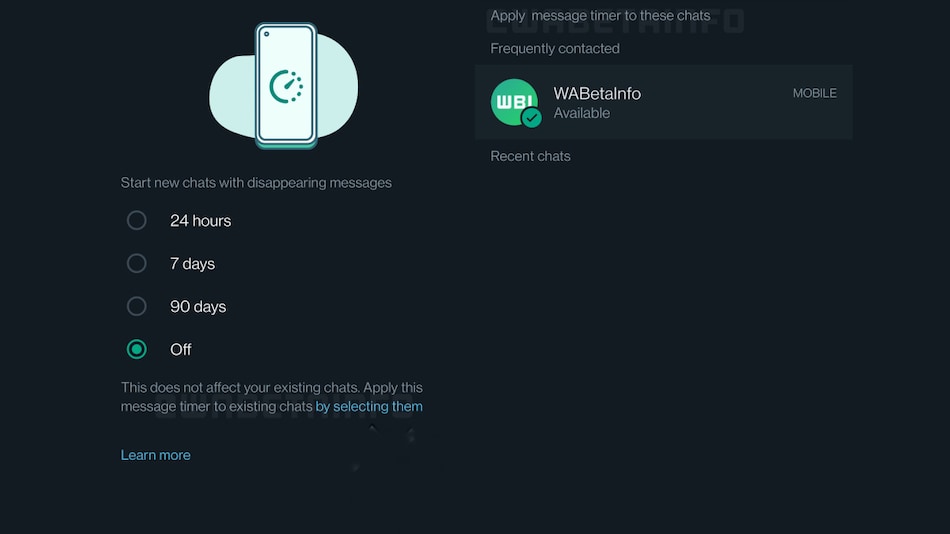 According to a new report by WhatsApp features tracker WABetainfo, WhatsApp is working on a new beta build for its Android app with the version number 2.22.11.11. Users who have registered for the Google Play Beta Program might start receiving this update. As previously mentioned, it is said to bring the message timer feature to existing chats. Unlike the current feature which only allows users to create new individual chats with disappearing messages, this new option will allow users to select and activate the message timer on multiple existing chats at the same time. Whatsapp users will then get the option to choose from a duration of 24 hours, 7 days, or 90 days. Once activated, the selected chats will start receiving disappearing messages. Since this feature is currently only available on the beta build, there is no clear indication if or when it might see a wider release.

The Meta-owned company is reportedly also testing out new changes to the WhatsApp Desktop client with a new beta build. It is reportedly redesigning the security page of the desktop app, which might be available in a future update. The new security page supposedly informs users regarding the various aspects of the app that are covered by secured end-to-end encryption. These will include text/ voice messages, audio/ video calls, location sharing, status updates, and shared photos, videos, and documents.