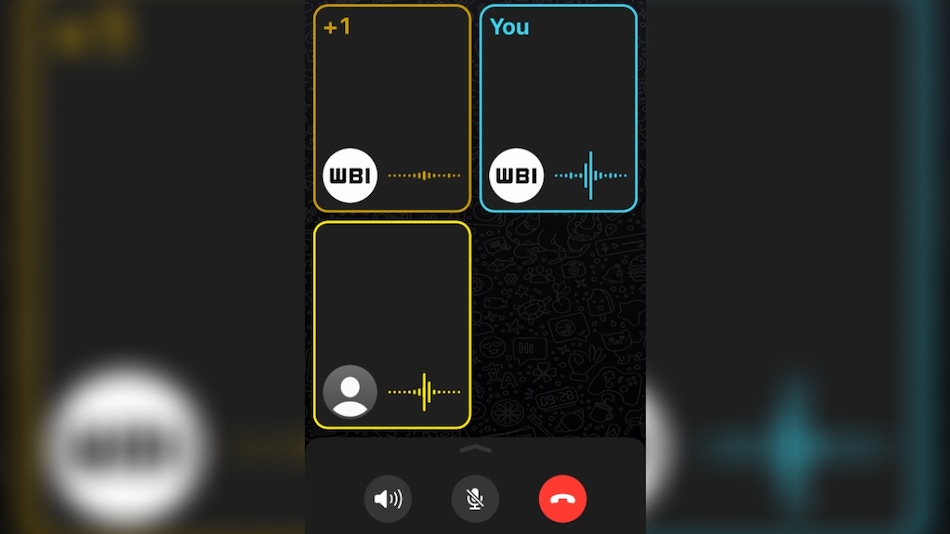 WhatsApp has started to roll out a new interface for voice calls for select beta testers on iOS. It also carries waveforms for group voice calls. This feature was previously rolled out for select Android beta testers, and was first spotted in December. The news comes a few days after an update for iOS devices including iPhone and iPad models allow users to play voice messages in the background. The update lets users play voice messages and audio files outside of the chat window.

As per a report by WhatsApp beta tracker WABetaInfo, WhatsApp for iOS beta 22.5.0.70 has brought the updated voice calling interface to some beta testers. The Meta-owned instant messaging app will have a redesigned interface of a group call, and once the new interface is enabled, people can also see real-time voice waveforms to inform users about the active speakers during the call, WABetaInfo said. The redesign is also said to include a wallpaper to voice call interface, which cannot be edited at the moment.

Recently, WhatsApp released an update for iOS devices that allows the iPhone and some iPad users to play voice messages in the background. The update lets users play voice messages and audio files outside of the chat window. There is no information when this update will be available on Android devices or the Web app.