WhatsApp users share images and videos as documents to retain their original quality. 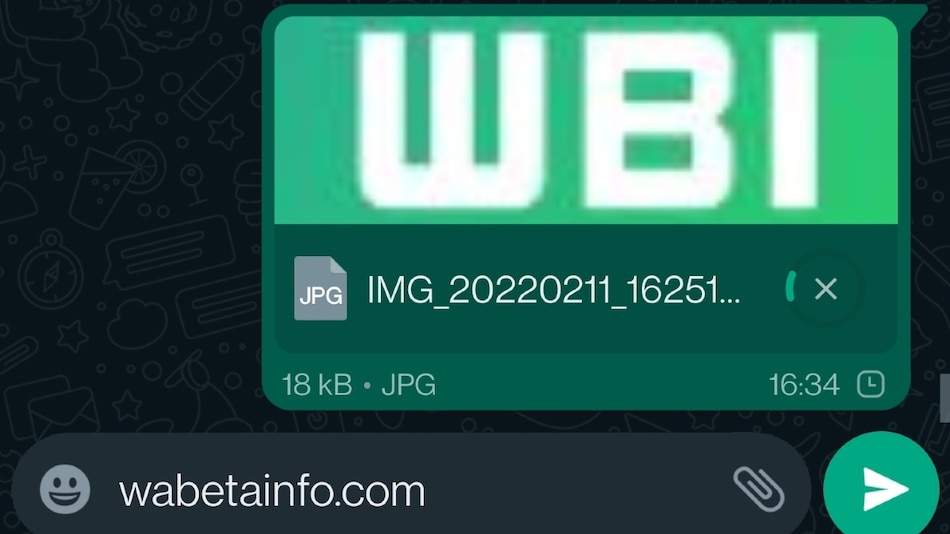 WhatsApp is testing a feature that will show the full preview of images and videos that are shared as documents on the Android app, as per a new report. Called ‘Document Preview', the feature will show a large preview of the content sent over the Meta-owned app. The preview feature currently available for PDF files. WhatsApp compresses the images and videos sent over the instant messaging app, apparently forcing users to send images as documents to retain the content's original quality.

The information about the update comes from WABetainfo, which tracks WhatsApp features before they are released for the general public. The Document Preview feature is being rolled out to WhatsApp beta version 2.22.5.11 on Android. The platform says that “WhatsApp is planning to enable the image preview in the next few updates”, which essentially means that the update could be available for a larger user base in the coming weeks. Until then, the preview feature for documents is available only for PDF files. You can see the preview of the document before it is opened. Soon, images as well as videos will be seen in a similar fashion, and you will get an idea of the contents of the file being shared file.

WhatsApp compresses images and video files shared over the app. It was reportedly working on a feature to reduce the compression. So users send photos and videos as documents to retain their original quality. This is not the first time that WhatsApp is rolling out larger previews for content shared on the app. Last year, it rolled out larger and bolder previews for links shared via the app.