The teaser suggests an in-ear design with a stem for the Realme Buds Air 3 Neo. 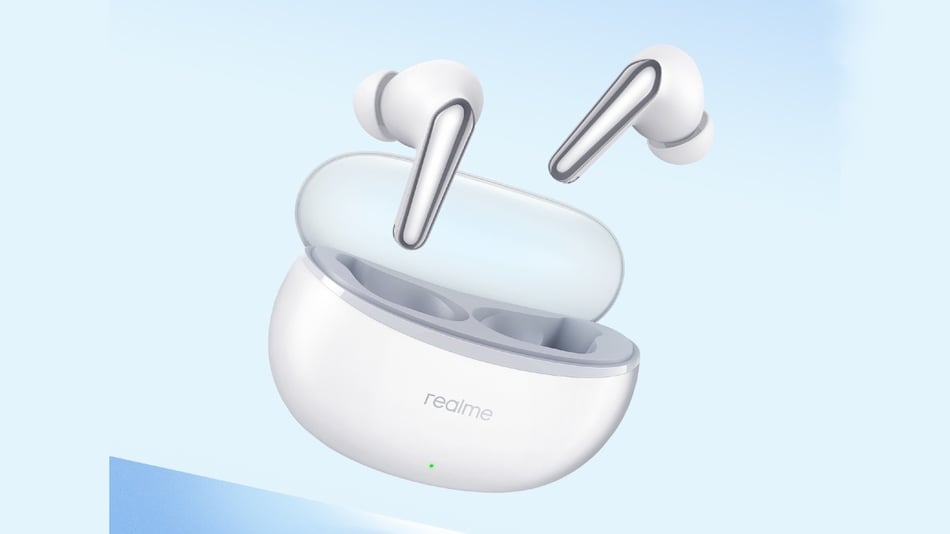 Realme Buds Air 2 Neo will have a lightweight design

Realme GT 2 Explorer Master Edition is all set to go official on July 12 in China. Apart from the new flagship smartphone, Realme is planning to unveil new earphones at the launch event. The Chinese smartphone company teased the arrival of new Realme Buds Air 3 Neo true wireless stereo (TWS) earphones through its official Weibo account on Monday. The poster shared by the brand on the microblogging platform reveals the design of the earphones. They are expected to succeed the Realme Buds Air 2 Neo TWS earphones that were introduced in April last year.

The launch of Realme Buds Air 3 Neo TWS earphones will take place at 2pm CST Asia (11:30am IST) on July 12, Realme announced through a post on Weibo. The teaser suggests a white shade and an in-ear design with a stem for the earphones. They are teased to have a lightweight build. The new earphones will be launched alongside the Realme GT 2 Explorer Master Edition smartphone.

The earphones will be the successor to the Realme Buds Air 2 Neo that was launched in April last year with a price tag of PKR 7,999 (roughly Rs. 3,800). The earphones are available in Active Black and Calm Grey colour options.

The specifications of the Realme Buds Air 3 Neo are likely to be an upgrade to that of the previous model. The Realme Buds Air 2 Neo TWS earphones are equipped with 10mm Liquid Crystal Polymer (LCP) bass boost driver. It offers an ANC feature for eliminating the surrounding noise by up to 25dB. They come equipped with an R2 chip and there is a dual-mic setup that is supported by the environmental noise cancellation (ENC) algorithm. They are claimed to provide a low latency rate of 88ms when the Gaming Mode is turned on.

The earphones come with an IPX5 rating for water resistance and each earbud features on-ear touch controls for controlling volume, music, and calls. The touch controls can be customised from the Realme Link app. They feature Bluetooth 5.2 support. They are claimed to provide a total of up to 28 hours of playtime with ANC off, and up to 20 hours of run time with ANC on.