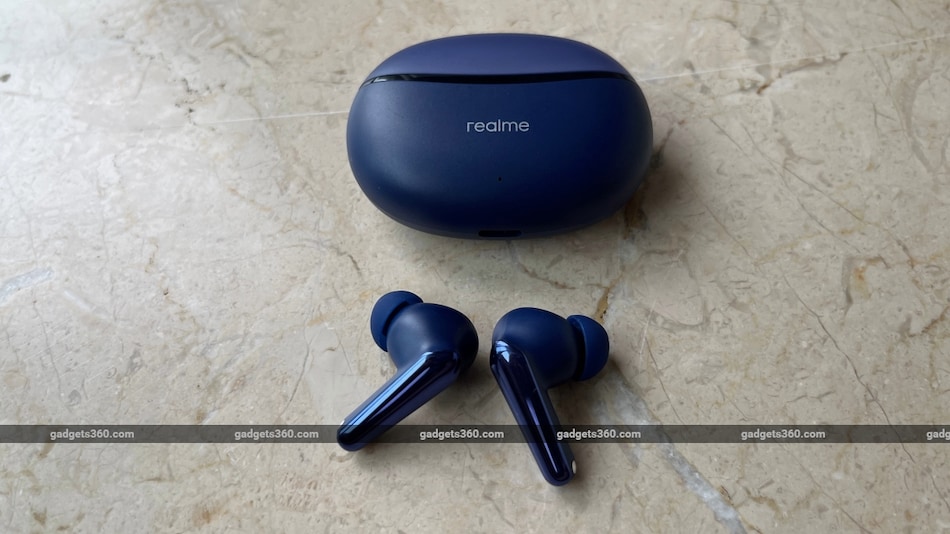 While there are many brands selling competent products in the affordable true wireless segment today, Realme stands out for a few reasons. The brand has pushed the boundaries when it comes to value proposition consistently, offering affordable products with features and specifications that you would not normally expect to see at in the budget segment. The company's Buds Air range of true wireless earphones is just that, and the latest product continues to push even further, offering quality and capabilities at reasonable prices.

Priced at Rs. 1,999, the Realme Buds Air 3 Neo is a more affordable alternative to the Realme Buds Air 3, which is priced at Rs. 3,999. On paper, both look the same in most ways including app support and other key features, with only the lack of active noise cancellation standing out as a major difference. Is this the best pair of true wireless earphones you can buy for less than Rs. 2,000? Find out in this review.

What should you make of Realme's three new offerings? We discuss them on Orbital, the Gadgets 360 podcast. Orbital is available on Spotify, Gaana, JioSaavn, Google Podcasts, Apple Podcasts, Amazon Music and wherever you get your podcasts.

Although the Realme Buds Air 3 Neo is based on the slightly more expensive Realme Buds Air 3, it looks considerably different. The earpieces have a stem design that blends into the rest of the mould much more smoothly, and the reflective finish looks nice against the dull plastic of the back of the stems and driver casings. As on the Buds Air 3, the Neo has an in-canal fit for a proper seal and passive noise isolation.

The earpieces of the Realme Buds Air 3 Neo weigh 4g each, and have touch controls which can be customised using the Realme Link app. The controls rely on three types of gestures — double-tap, triple-tap, and touch-and-hold — which can be set to control playback, volume, and invoking the default voice assistant on your smartphone. You can also set up the gesture to activate the low-latency gaming mode, which involves a touch-and-hold gesture on both earpieces simultaneously.

The Realme Buds Air 3 has a standard in-canal fit, which is comfortable and ensures decent noise isolation

I found the tap controls to be a bit iffy, with the triple-tap gesture often registering as a double-tap, and the double-tap gesture not doing anything at all, sometimes. I preferred to use my smartphone to control playback, since this was more reliable, and the firm taps sometimes upset the fit of the Realme Buds Air 3 Neo earpieces.

The charging case of the Realme Buds Air 3 Neo is similar to that of the Buds Air 3 in shape and size, but the colour and texture is a bit different, and feels a bit less refined. However, the translucent lid tends to make up for it, offering an interesting and appealing aesthetic. The front of the case has the Realme logo and indicator light, while the bottom has the USB Type-C port for charging. There are no wear-detection sensors on the headset, so you'll have to manually play and pause music as needed.

For a true wireless headset priced at under Rs. 2,000, the Realme Buds Air 3 Neo is fairly well equipped. Although there is no active noise cancellation, there are other features such as Dolby Atmos, environmental noise cancellation for calls, fast charging, 88ms low-latency mode, and IPX5 water resistance for the earpieces. The sales package includes three pairs of ear tips and a short charging cable.

Realme uses the excellent Realme Link app to support many of its hardware products, including the Realme Buds Air 3 Neo. The app is particularly useful if you have multiple Realme products, since you can use all of them from a single app. That said, the Realme Buds Air 3 Neo is supported only on the Android version of the Realme Link app; although the product showed up in my profile on the iOS app, I wasn't able to access the product's functions.

On Android, the app worked as expected, offering a neat, orderly layout of the functions and customisations for the earphones. This includes a battery level display for the earpieces (but not the case), three equaliser presets to choose from, Volume Enhancer, Dolby Atmos, Game Mode, and customisation settings for the tap controls. It's simple, responsive, and very easy to use on the whole.

The charging case has a USB Type-C port

The Realme Buds Air 3 Neo have 10mm dynamic drivers, and use Bluetooth 5.2 for connectivity, with support for the SBC and AAC Bluetooth codecs.

Realme has taken some time to get to where it is in the true wireless segment, but most of its new products are now very capable and deliver excellent value for money. The Buds Air 3 Neo is a value-driven headset that offers a fair bit more than most TWS headsets priced under Rs. 2,000 when it comes to features, along with loud, clean sound.

Standard codec support means the earphones are at ease regardless of whether you use them with an iOS or Android device, although you'll only be able to use the app on Android, as mentioned earlier. The sound on the earphones is very loud, and I usually didn't have to go past the 50 percent level when indoors, and rarely ever past the 60 percent mark outdoors. The sonic signature is the expected U-shaped one, giving a significant boost to the lows and highs even at the ‘Balanced' equaliser setting.

Listening to Rollin' by Calvin Harris, the sound on the Realme Buds Air 3 Neo was definitely heavy on the bass, with the thumps of the slow beat striking hard even at relatively low volume levels. The vocals didn't feel too held back given the general loudness of the earphones, but the Buds Air 3 Neo definitely put the attention on the beat above all else. However, the sound never felt awkward or out of place; the earphones are tuned well in that sense.

In tracks that weren't too bass-focused such as Neon by John Mayer, the attention tended to fall on the treble. Although it didn't feel too shrill, there were moments in the track where I felt myself only slightly uncomfortable, such as when the hi-hats in the drums were hit. John Mayer's soulful vocals were clean and audible throughout, maintaining the inoffensive and straightforward nature of the sound.

In general, ‘inoffensive' is the best way to describe the sound on the Realme Buds Air 3 Neo. There's nothing exceptional here, including the sonic signature which is tuned for pop and electronic music genres. However, this is exactly what I'd expect on a pair of true wireless earphones priced at under Rs. 2,000 — straightforward, loud sound that combines with good design and passive noise isolation to make the Buds Air 3 Neo well suited to daily and commuter use.

Call quality on the earphones was decent for the price, both indoors and outdoors. I didn't have any trouble with calls in most cases, largely thanks to the volume capabilities of the Realme Buds Air 3 Neo. Connection stability wasn't an issue either, with the earphones working without any issue at distances of up to 3m between the smartphone and earpieces. Dolby Atmos support, while present, seemed to have very little impact on the sound with compatible tracks on Apple Music.

Battery life on the Realme Buds Air 3 Neo is pretty good for the price, with the earphones running for around six hours on a single charge at around the 50 percent volume level. The charging case added three additional charges, for a total of around 24 hours of battery life per charge cycle.

The Realme Buds Air 3 Neo is just about as straightforward and to-the-point as it gets, and that's what will make it so appealing to anyone looking for true wireless earphones on a budget. With neat looks, a comfortable fit, useful set of features, good battery life, and decent sound for the price, this is among the better options that you can buy for under Rs. 2,000 right now.

Alternatives from brands such as OnePlus and Oppo might be worth considering, but the Realme Buds Air 3 Neo has a bit of a leg-up thanks to app support. At this price, it might also be worth looking at neckband-style earphones such as the OnePlus Bullets Wireless Z2, which sound a bit better.