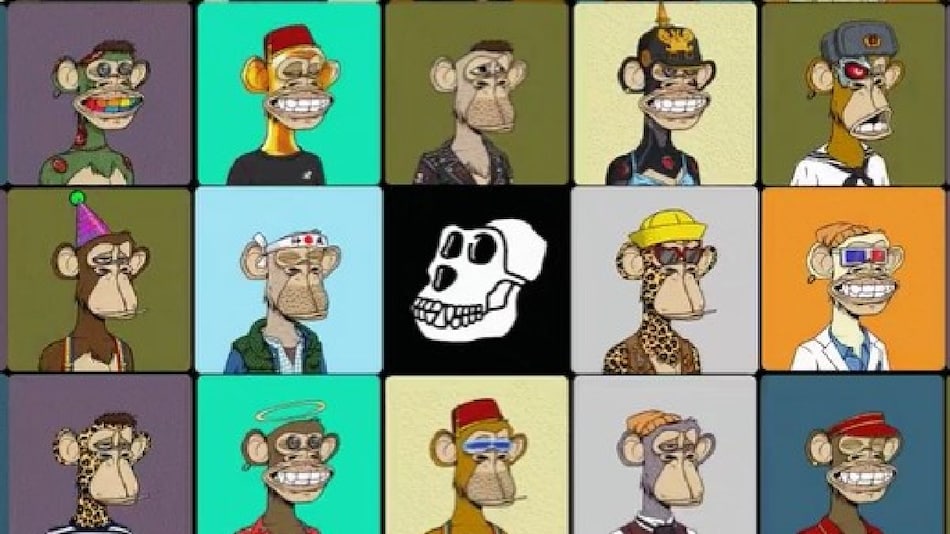 On January 12, an image of a computer-generated pixelated person was sold for about $50.6 million (roughly Rs. 380 crore) worth of cryptocurrency on a new online marketplace that caters for non-fungible tokens.

Five minutes later, the same "Meebit" NFT - a virtual character clad in purple shorts and green sneakers - was sold back from the buyer to the original seller for around $49.6 million (roughly Rs. 370 crore).

Confused? Welcome to the weird and wild world of NFTs, a new breed of cryptocurrency assets that represent digital items, from images and videos to clothing for avatars. They have exploded in popularity over the past year as part of a fledgling and largely unregulated economy for the much-hyped metaverse.

The Meebit, which can be used as a profile picture, was exchanged between two cryptocurrency wallets - which are anonymous. Although the underlying blockchain technology creates a public record when an NFT is sold, it doesn't record the names of those involved. A person can own multiple wallets, acting as both buyer and seller in a trade.

The digital character was among dozens of NFTs on the LooksRare marketplace that were sold back and forth between a small number of wallets in quick succession for unusually high prices last month, according to a Reuters review of publicly available blockchain records.

The top 27 most expensive recorded sales across the whole NFT industry in January, totalling $1.3 billion (roughly Rs. 9,710 crore), came from just two wallets transacting on LooksRare, according to DappRadar data as of January 31, while the top 100 sales, worth $2.3 billion (roughly Rs. 17,180 crore), came from 16 wallets trading on the platform.

"There is a lot of activity happening between a couple of wallets – let's say wallet one selling to wallet two, and then wallet two reselling it," said Modesta Masoit, DappRadar's finance and research director. "It's quite likely that this is not real demand, that these trades are not organic."

DappRadar and CryptoSlam, another data provider that reported artificially inflated volumes on LooksRare, said such trades could be linked to the platform's reward structure - though Masoit added there was also "real" activity on the site.

LooksRare describes itself as "the community-first NFT marketplace with rewards for participating", referring to its reward system which includes awarding tokens to the day's traders based on the proportion of overall sales volumes they were responsible for.

These tokens, called LOOKS, can then be used in a process called "staking" to claim a slice of the platform's revenue from the 2 percent fee charged on all trades, according to a LooksRare spokesperson.

Asked about the transactions reviewed by Reuters and whether the trades artificially boosted trading volumes, the spokesperson said that such practices were highly risky, as traders would have to pay transaction costs that they were not guaranteed to recoup.

Traders don't know until the day's close whether they have transacted enough to win LOOKS tokens, or how many, because they don't know what others have traded.

The spokesperson added that LooksRare had a structure that was designed to reduce the profitability of LOOKS "yield farming" in the long-term.

"The LOOKS staking rewards system is the token's core reward structure, whereby 100 percent of trading fees are earned by LOOKS stakers. This fosters a community of users and token stakers who share the common goal of making the platform the best it can be," the spokesperson said.

Nonetheless, the trading activity provides a window into the nebulous and speculative nature of the NFT industry, which attracted $25 billion (roughly Rs. 1,86,770 crore) worth of sales volume in 2021.

The buzz around this new market has been buoyed by art collectibles like CryptoPunks and Bored Apes, algorithmically generated portraits that can sell for millions of dollars. They have gained celebrity traction, with socialite Paris Hilton and TV host Jimmy Fallon recently showing off their Bored Apes.

Several big companies, from Coca-Cola to Gucci, are testing the temperature with their own NFTs. In the art world, meanwhile, just over $1 (roughly Rs. 75) in every $20 (roughly Rs. 1,500) of revenue at top auction houses last year came from NFTs.

John Egan, CEO of L'Atelier, the technology research arm of BNP Paribas, characterised the transactions on LooksRare reviewed by Reuters as "wash trades" that would be banned in traditional markets like equities or debt because they give a false impression of demand for an asset.

Yet such transactions are not illegal in this nascent industry because there are no equivalent rules governing NFTs, two crypto legal experts told Reuters.

Egan added that LooksRare was "not in itself culpable" for the trades. "It is a marketing incentive," he said. "LooksRare are effectively paying large investors to use their site, drawing a lot of attention and new users in the process."

For the platform's supporters, this may be a sound strategy to thrive in a virtual gold rush, as tech giants like Meta and Microsoft spend billions of dollars to further their owns visions of the metaverse and pave the way for future profits.

Bumper activity in January meant LooksRare overtook four-year-old market leader OpenSea to become the biggest NFT marketplace by monthly volume, despite having fewer than 3,500 traders per day, compared with OpenSea's 57,000 to 90,000, according to DappRadar data.

OpenSea did not respond to a Reuters request for comment for this article.

A Twitter user called "dingaling", who LooksRare told Reuters was an investor and adviser to the platform, wrote a thread on January 12 saying wash trading on the platform looked bad but may be part of the "necessary steps" to gain market share and provide a more transparent, decentralized marketplace for the NFT community.

"People have been real mad about wash trading, but I'm struggling to understand why. It's a free market," dingaling added. "Once real volume takes over, it's bye bye to wash traders."

From a regulatory point of view, authorities worldwide are worried that the rise of crypto assets more broadly could undermine financial systems, promote crime, and harm investors.

Efforts so far have been mostly focused on cryptocurrencies rather than NFTs, which throw up new issues such as how they should be classified, since they are one-off - non-fungible - and highly diverse in nature.

"Generally speaking, the majority of jurisdictions recognise that NFTs should not be regulated as financial products if each NFT represents a genuinely unique item – for example, a unique collectible, piece of art or piece of media content," said Hagen Rooke, a partner at global law firm Reed Smith.

Traditional authorities may also need to bridge a cultural gap.

LooksRare's founders are identified only by the pseudonyms Guts and Zodd. The spokesperson described them as "NFT nerds" and said the platform's team was spread across different timezones and have mostly "never even met each other in meatspace".

Meatspace is a term used by internet enthusiasts to refer to the physical world.

One frequent NFT trader known as "Rizzle", who mainly uses OpenSea, is among the big players in the market drawn to LooksRare by its reward model.

Rizzle first joined LooksRare after receiving some free LOOKS tokens, which he staked for profit, and since then he has used the marketplace for trading because he said he likes some of the features.

"I would not be surprised to see other platforms pop up with even greater initial incentives to try and capture this same audience," he said.

Are Oppo's new flagship phones any good? We discuss this on Orbital, the Gadgets 360 podcast. Orbital is available on Spotify, Gaana, JioSaavn, Google Podcasts, Apple Podcasts, Amazon Music and wherever you get your podcasts.
Cryptocurrency is an unregulated digital currency, not a legal tender and subject to market risks. The information provided in the article is not intended to be and does not constitute financial advice, trading advice or any other advice or recommendation of any sort offered or endorsed by NDTV. NDTV shall not be responsible for any loss arising from any investment based on any perceived recommendation, forecast or any other information contained in the article.
Affiliate links may be automatically generated - see our ethics statement for details.
Comments