IT security firm Trend Micro says that when it searched cryptocurrency keywords like ‘cloud mining’ on Google Play it found many concerning apps of the same type. 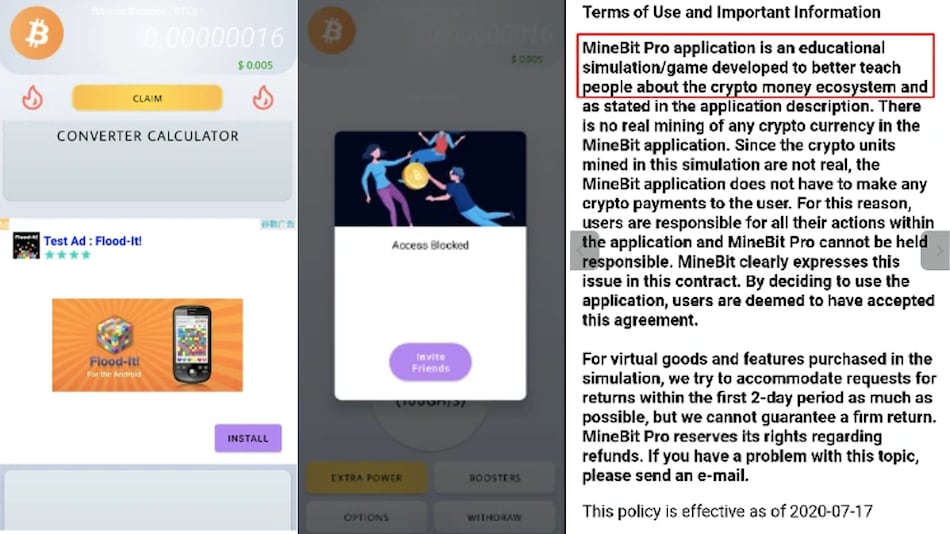 Cryptocurrency is a trending topic, and now, Google Play has removed eight deceptive cryptocurrency apps after they were discovered to be fake and tricking users to watch advertisements, as per security firm Trend Micro. These apps masqueraded as cryptocurrency cloud mining apps where users can earn cryptocurrency by investing money into a cloud-mining operation. Trend Micro reports that these eight malicious apps tricked victims into watching ads, paying for subscription services that have an average monthly fee of $15 (roughly Rs. 1,100) and paying for increased mining capabilities without getting anything in return.

The firm says that these fake apps had no cryptocurrency-mining behaviour. They are said to have carried out bogus mining activity via a local mining simulation module that included a counter and some random functions. These apps lured users to pay for increased cryptocurrency-mining capabilities via the apps' in-app billing systems that range from $14.99 (roughly Rs. 1,111) to as high as $189.99 (roughly Rs. 14,000), as per Trend Micro.

Trend Micro says that one of the apps, MineBit Pro, also revealed in its terms of use that it is merely an “educational simulation/game developed to better teach people about crypto money ecosystem.” The terms clarify that return of money for any virtual goods purchased was not guaranteed. In addition, these apps are said to be flooded with ads of different kinds with false promises like increase mining speed, promises to start mining after viewing video ads, and more.

Google is said to have already removed these apps from Google Play, but Trend Micro says that when it searched keywords like ‘cloud mining' on Google Play it found many concerning apps of the same type. Few of these apps have even been downloaded more than 100,000 times, as per the security firm.

Trend Micro advises that in order to determine whether an app is phony, users can carefully read the app's reviews and pay more attention to the 1-star review. Also, try entering a wrong cryptocurrency wallet address. If the app accepts it and is able to perform follow-up operations, then it is likely to be fraudulent. Recheck if there is a withdrawal fee. The transfer of cryptocurrency requires a handling fee, which is relatively high compared to what is typically made from cloud mining. Hence, free-of-cost withdrawals should be considered very suspicious.