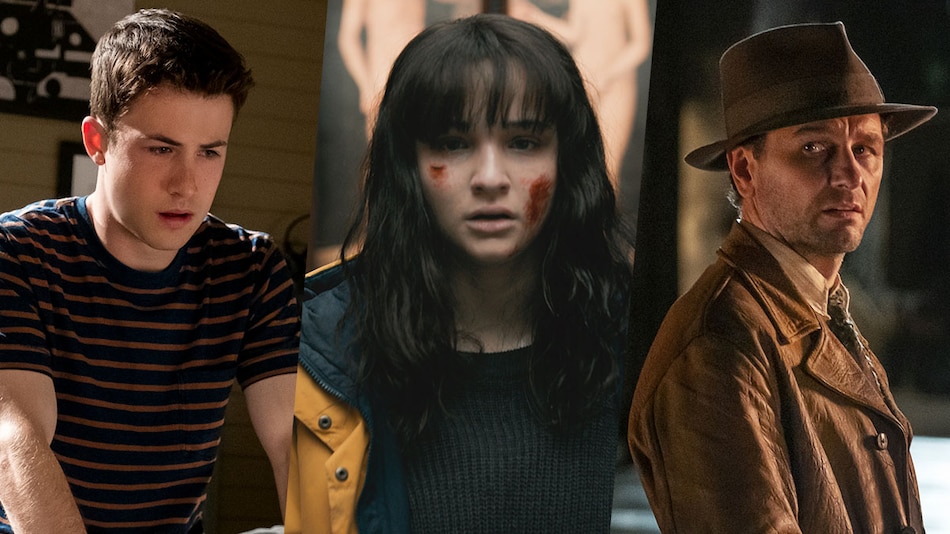 The neo-noir crime thriller Paatal Lok — executive produced by Anushka Sharma — was the buzziest new series in May for its portrayal of caste and religious fault lines in India. Matching it in acclaim on the opposite end of the spectrum was the final season of the sitcom Schitt's Creek, which hit Netflix in India earlier this month. May also gave us new shows from the makers of The Office (Greg Daniels reteaming with Steve Carell on Space Force) and La La Land (Damien Chazelle heading to France for The Eddy), but neither left a mark with critics.

That was also true of the series reimagining of Snowpiercer, which continues its run through June. Joining it will be a reimagining of a ‘30s private detective from the makers of Friday Night Lights and Boardwalk Empire, a new mature take on a young British spy, and a South African socio-political thriller. June also marks the end of several shows, including the first-ever German-language Netflix series, a 30-year-old San Francisco sitcom, and a controversial teen drama. With that, here's our June 2020 TV guide, covering shows on Netflix, Disney+ Hotstar, SonyLIV, Voot Select, and Quibi.

When: June 1
Where: Quibi

Emmy and Golden Globe-winner Darren Criss is the creator and star of this movie-as-a-show — Quibi episodes run for 10 minutes or less — about the life of two songwriters, Sara (You're the Worst's Kether Donohue) and Pierce (Criss), and the “strange and hilarious” challenges they face in creating the world's biggest pop hits. Mark Hamill has a role and will also sing. Three episodes of Royalties out on release date, followed by more every weekday.

When: June 2
Where: Netflix

It's been a pale and poor imitation of its original self — Full House, from the ‘80s and ‘90s — but the Tanners have nevertheless lasted five seasons upon their return, despite the firing of creator Jeff Franklin in early 2018 over a series of misconduct allegations. And no, for the nth time, the Olsen twins aren't returning. All episodes of Fuller House season 5 part 2 out on release date.

When: TBA, not before June 4
Where: SonyLIV

In the same month the adaptation of a young adult spy series (Artemis Fowl) hits Disney+, Sony is giving us an adaptation of another young adult spy series. The author Anthony Horowitz serves as an executive producer here; he previously wrote the 2006 film that ended up as a critical and commercial dud. Hopefully, this second attempt will fare better. All episodes of Alex Rider out on release date, whenever that may be. (It's June 4 in the UK.)

When: June 5
Where: Netflix

The series that was designed to end — and ought to have wrapped up — after its first season is finally coming to an end, three years later. In the fourth and final season, Liberty High Schoolers are preparing for graduation. But before they bid farewell, they will fight to keep a dangerous secret buried and be forced to make life-changing, heart-breaking choices about the past. All episodes of 13 Reasons Why season 4 out on release date.

When: June 6
Where: Disney+ Hotstar

Over seven months since its première in its home country, the South African crime thriller — a co-production between SA, the US, and Germany — is set to go global. Based on Deon Meyer's 2011 novel of the same name, it looks at social divisions in the post-apartheid era via three perspectives: a bodyguard tasked with two endangered black rhinos, a woman in an unhappy marriage, and an ex-cop tasked with a missing persons' case. New Trackers episodes will air weekly.

I May Destroy You

When: June 8
Where: Disney+ Hotstar

Chewing Gum creator, writer, and star Michaela Coel is behind this new HBO-BBC co-production that will explore sexual assault — topical in the age of #MeToo — through its London-based story of a date-rape drug victim (Coel), who tries to piece together what happened in an attempt to rebuild her life. New episodes of I May Destroy You will air weekly: Mondays for two weeks, and then Tuesdays.

When: June 14
Where: Netflix

Anna Friel returns in her International Emmy-winning role as the eponymous London detective, a divorcee, and struggling mother. The third season pushes her further on both the personal and professional front, as she must cope with her rocky mental health and the demands of going undercover at work. Co-created by Hans Rosenfeldt, behind the Nordic crime noir The Bridge. All episodes of Marcella season 3 out on release date.

When: June 19
Where: Netflix

Having conquered the student body presidency in the first season, the ambitious college-aged Payton (Ben Plaat) has his sights set on the New York senate in the second. He's up against a long-time incumbent (Judith Light) and her no-nonsense chief of staff (Bette Midler), and he's not above using every dirty little secret at his disposal to climb the ladder. Gwyneth Paltrow, Lucy Boynton, and Zoey Deutch also reprise their roles in The Politician season 2, which drops in its entirety on release date.

When: June 22
Where: Disney+ Hotstar

Matthew Rhys (The Americans) steps into the eponymous criminal defence attorney role popularised by Raymond Burr in the ‘50s and ‘60s, for a HBO miniseries that harkens back to the Great Depression. In 1931 Los Angeles, Mason is working as a private investigator and is pulled into a child kidnapping case. John Lithgow, Tatiana Maslany (Orphan Black) star alongside.

From Rolin Jones and Ron Fitzgerald, both of whom have previously worked on the dark comedy-drama Weeds and the sports drama Friday Night Lights. Directed by Tim Van Patten, an Emmy winner for his work on Boardwalk Empire, also behind the first two Game of Thrones episodes. New episodes of Perry Mason will air weekly.

When: June 27
Where: Netflix

Time plays a central — and circular — role in this German-language sci-fi series that spans four generations and hops between five different ages: 1921, 1953, 1986, 2019, and 2052. Notice any patterns? They are all separated by 33 years. All that time-twisting will reach its conclusion in the third and final season. All episodes of Dark season 3 out on release date.

We'll have a detailed round-up of upcoming TV shows each month, but we do know a little about the future already.