American Made, Curb Your Enthusiasm, and More — The Weekend Chill 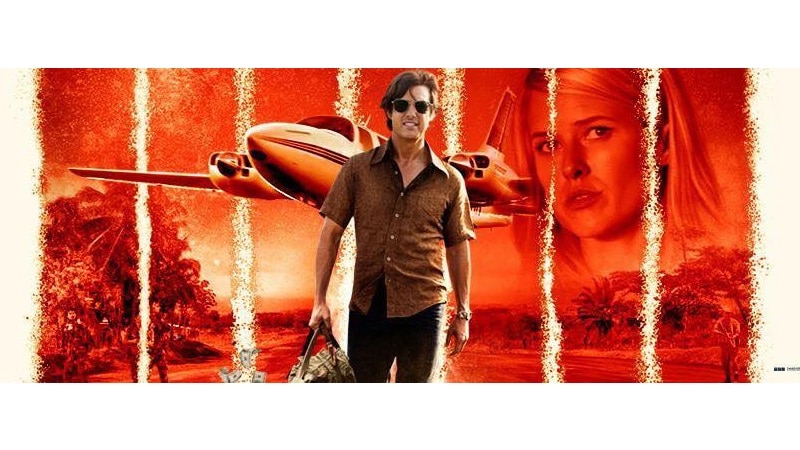 Yippee-ki-yay, Bruce Willis is returning to Die Hard to play the role of John McClane for the sixth film — the police constable who can bring down helicopters with his bare hands and save the whole of America from extinction-level events. Okay, maybe we exaggerated just a little bit there.

In other news about franchises that used to be great, Terminator’s latest sequel now has a release date — July 26, 2019 — with Sarah Connor, Linda Hamilton set to return to the series. Apparently, James Cameron is simply going to ignore the sequels that came after Judgement Day, and will only treat his own films as canon - just like many fans do.

Stephen King adaptations are trending right now but not all of them are here to stay. The Mist has been cancelled after just one season, a move that left fans disappointed.

That’s all the entertainment news for this week. Welcome back to The Weekend Chill, your destination for what to watch or play this weekend. Here are our top picks.

The series is known for its black comedy and it is now back on air after a five-year hiatus. Larry David hilariously described this as, “I left, I did nothing, I returned.” There are 10 episodes in the ninth season and the good news is that you’ll be able to watch these in India.

Will & Grace
Will & Grace is a sitcom created by Max Mutchnik and David Kohan. The show had its original run between 1998 and 2006 — a run of eight seasons. This show was one of the most successful TV series where the main characters were gay. The primary focus of the show is on the friendship of a gay male lawyer and a straight female interior designer.

The show has been critically acclaimed for its portrayal of LGBT issues. In particular, it has been praised for improving people’s perception of the LGBT community and educating them about the problems faced by those people. The series is now back for its ninth season and there are 16 episodes in the season that has just begun airing.

Movies: American Made
This week the biographical crime film American Made is in theatres. This film stars Tom Cruise and the story is about a former pilot who becomes a drug smuggler for the infamous Medellin cartel. Cruise plays the role of Barry Seal, who becomes an informant for the Drug Enforcement Agency (DEA) in order to avoid jail time.

The film has received positive reviews and so far, it’s been grossing a lot of money worldwide — so clearly people have been enjoying it too. American Made is all about Tom Cruise’s exceptional performance so if you want to see the superstar in a film where he’s acted really well, this could be the movie you want to catch.

The Intern
It’s a pretty decent week for movies as well, not least because The Intern is now on Netflix. Starring two amazing actors — Anne Hathaway and Robert DeNiro — this comedy film is about a 70-year-old man retiree joining a firm via its senior citizen intern program.

This is a comedy movie, so it’s great for some Weekend Chill. The Intern is all about the charm of a friendly senior citizen, portrayed very well by Robert DeNiro. He tries to win over workers who initially give him the cold shoulder. As you can already tell, this is a feel-good movie.

Seven Years in Tibet
Seven Years in Tibet is not a new movie, but it’s just been added to Amazon Prime Video so now’s a good time to watch it. Fun fact — this is the movie that got Brad Pitt banned from entering China. Seven Years in Tibet is the story of Austrian mountaineer Heinrich Harrer, portrayed by Pitt, who was climbing mountains in the area now known as Gilgit-Baltistan in the Himalayas. When World War II began, Harrer was arrested by the British because he had a German passport.

He later escaped to Tibet and spent seven years there, becoming close friends with the Dalai Lama. Harrer stayed in Tibet until shortly after its annexation by China, and this is one of the best movies on that subject.

Video games: FIFA 18
The FIFA franchise of football games is a colossal juggernaut for its developer Electronic Arts. This is the most popular series of football games in the world at the moment and it sells lots of copies year after year. FIFA 18 is the second game in the series to use the Frostbite engine and promises more of the Journey mode, where you get to live the life of an aspiring football player in the game.

In our FIFA 18 review, we mentioned that the game is a much more polished entry in the series. We called it FIFA 17.5, and that means it fixes most of the problems with the previous entry in the franchise. One major new FIFA 18 feature is called “Real Motion Player Technology” where each player’s movement is much more realistic.

In FIFA 18, the Journey mode is called The Journey: Hunter Returns and it has a far more compelling narrative this time around. If you’re going to be choosing between FIFA 18 and its rival PES 2018, we think that FIFA definitely has the upper hand this year.

How to access: PlayStation 4, Xbox One, Nintendo Switch, Origin, and PS3
Time commitment: As much as you want

Super Mario Run
Nintendo’s first proper entry into the world of smartphone gaming was Super Mario Run, which released on iOS first and then on Android. So why’s a game that released in 2016 in this column right now? Because it received a major update with lots of additional content and the in-app purchase to unlock the full game is now available for just Rs. 400 — a 50 percent discount on its usual price.

The new content includes an entirely new game mode called Remix 10. In this mode, you can play a set of 10 super short sections from Super Mario Run’s existing levels in quick succession. There’s no Game Over screen and this is very important. You can rescue Princess Daisy in this mode and she becomes a playable character after that.

In our Super Mario Run review, we mentioned that the game is an excellent entry into the Mario lineup, but not all of its modes are excellent. Thankfully, Remix 10 and a new world adds a lot to the game and makes it worth revisiting, or buying if you hadn’t done that before.

How to access: App Store and Android
Time commitment: As much as you want

We’re always on the lookout for fantastic strategy games and Total War: Warhammer was one of them. This year’s iterations promises to be just as good, if not better. The main campaign mode features a story that sounds promising and if you liked the lore in the first game, you’re getting a lot more of it in Total War: Warhammer II.

How to access: Steam
Time commitment: Between 30 and 90 hours

Cuphead
If you’re in the mood for a run and gun platformer game with a retro feel, Cuphead might be worth checking out. This game has an old-style cartoon vibe to its art but that doesn’t mean it’s for children. The difficulty level is quite high even though the protagonist Cuphead has infinite lives and does not lose weapons after death.

This game is available on Windows and Xbox One, so PC and console gamers can enjoy it just as much. While it’s just a platformer, there’s a bit of a story for those who care about narrative. Cuphead takes up a bet with the devil and loses it, which is why he must navigate the levels in the game. The game uses the concept of continuous bosses and you must fight them all in order to progress. Thankfully, your array of weapons stays intact so you don’t lose firepower if your character dies.

How to access: Steam, Xbox One
Time commitment: 5-10 hours (depending on your skill level)