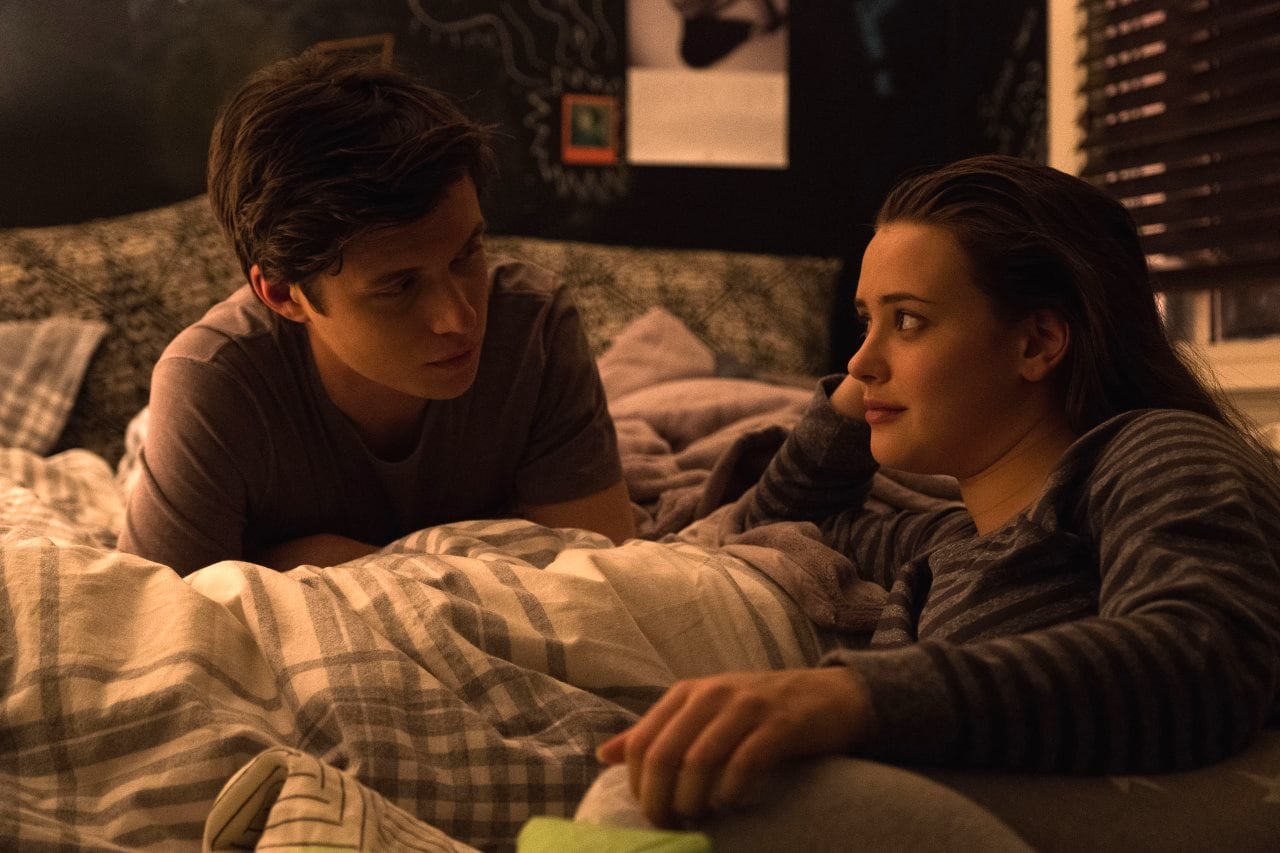 Last Friday, EW brought word that HBO had ordered a pilot for a Game of Thrones prequel from writer Jane Goldman (Kingsman: The Secret Service) and author George R.R. Martin. It’ll be set thousands of years prior to what happens on Game of Thrones, and will chronicle “the world’s descent from the golden Age of Heroes into its darkest hour”.

On Saturday, EA announced a new Star Wars game called Jedi Fallen Order. It’ll be set after Episode III – Revenge of the Sith and before Episode IV – A New Hope (“Star Wars” for the purists), and let you play as a surviving Jedi. It’s slated to release in the last months of 2019.

There’s been some major reshuffling at DC Entertainment following the disappointment of Justice League. This week brought another trickling of reports: top exec Geoff Johns is moving into a more creative role – he’ll be working on the Green Lantern Corps movie; and Batman writer-director Matt Reeves submitted a new script that focuses on a young Dark Knight, again hinting that Ben Affleck might not return in the role.

Also this week, Avengers: Infinity War hit the $2-billion milestone at the box office, joining just three other films that have managed to do so in the past: Avatar, Titanic, and Star Wars: The Force Awakens.

On Wednesday, director Patty Jenkins revealed the title for the Wonder Woman sequel: it’s called Wonder Woman 1984. Jenkins also shared a first look image of Steve Trevor in the 1980s, which raises some questions since he sacrificed himself in the first film.

TV
The Bold Type
Inspired by the life of former Cosmopolitan editor-in-chief Joanna Coles, The Bold Type returned earlier this week for a second season, continuing to focus on three friends – Jane (Katie Stevens), Kat (Aisha Dee) and Sutton (Meghann Fahy) – who all work for Scarlet, a fictional global women’s magazine headed by Jacqueline (Melora Hardin, of The Office fame).

Together, the three are trying to find their place in New York City, while exploring their sexuality, identity, love, and fashion. Though the first season was a middling affair, the second season is much sharper according to critics, offering “an aspirational yet refreshingly realistic portrait of young women's careers, friendships and love lives”, says Rotten Tomatoes’ consensus of The Bold Type season 2.

Writing for Vulture, Matt Zoller Seitz said: “What puts everything across, even more than the likable performances and efficient storytelling, is the series’ understated authority. Without relinquishing the escapist pleasures that the audience wants, it convinces you that the people who make The Bold Type are grounding the story in lived reality, not just second-hand research.”

How to access: Freeform, Amazon Video US, Google Play US, Hulu, or Microsoft Store US
Time commitment: 1 hour, weekly

Queer Eye
After a debut season in February, Netflix’s reboot of the Emmy-winning series is already back for a second, with the new “Fab Five” – food and wine advisor Bobby Berk, culture advisor Karamo Brown, fashion advisor Tan France, stylist advisor Antoni Porowski, and design advisor Jonathan Van Ness – taking on new makeover targets, such as a straight woman and a trans man.

Reviving a reality show that was based on the stereotype that queer men have better tastes in matters of fashion, style, and grooming was an interesting choice in our times, when the debate about gender identity and sexuality is much more complex than it was then, and people are beginning to better understand what it means to be gay.

But Queer Eye seems to have earned a place. Variety’s Daniel D'Addario thinks “it’s as fascinating as it’s ever been, a document of gay men in 2018 that feels unexpectedly vital”, while The A.V. Club’s Danette Chavez said it “achieves equally powerful moments when it affords the hosts the same space to take in the counsel of others”.

Movies
Loveless
Winner of the Jury Prize at last year’s Cannes, Loveless – from Russian writer-director Andrey Zvyagintsev – is the story of a separated couple going through a messy divorce who are brought together after their neglected 12-year-old son Alyosha goes missing. The film draws parallels between the couple’s treatment of their child and the corruption infecting Russia.

The latter aspect is a recurring theme for Zvyagintsev, having been present in his critically-acclaimed 2014 film Leviathan as well. Though the Russian government disapproved of Leviathan and didn’t offer state funding for Loveless, it did somewhat surprisingly submit the film at the Oscars nevertheless, where it picked up a nomination for best film in a foreign language category.

Part of our list of best 2017 movies you probably missed, Loveless has universal praise from critics, with a 93 percent fresh rating on Rotten Tomatoes. Leslie Felperin, of The Hollywood Reporter, said: “With his devastating, finely layered new drama, Zvyagintsev once again demonstrates his remarkable gift for creating perfectly formed dramatic microcosms that illustrate the bred-in-the-bone pathologies of Russian society.”

How to access: Amazon US, Amazon Video US, Google Play US, or iTunes US
Time commitment: 2 hours and 7 minutes

Love, Simon
After producing several hit DC Comics shows, Greg Berlanti returned to film direction with this John Hughes-y rom-com drama, centred on 17-year-old Simon Spier (Nick Robinson), a closeted gay teenager juggling his friends, his family, and the blackmailer threatening to out him, while trying to figure out the identity of the anonymous classmate he’s fallen for online.

The film has been adapted from Becky Albertalli’s novel Simon vs. the Homo Sapiens Agenda, and also stars Katherine Langford (13 Reasons Why), Alexandra Shipp (Storm in X-Men), Logan Miller, Jennifer Garner (13 Going on 30), and Josh Duhamel (Transformers). After a wide release in the US back in March, the film is now out on Blu-ray and digital.

Writing for The Guardian, Benjamin Lee called it “a hugely charming crowd pleaser, [and] an infectiously entertaining coming-of-age film” that has “a wealth of snappy dialogue and what feels like an attentive grasp of teenage life”. LA Times’ Justin Chang noted there’s “little in this movie that you haven't seen before, but the perspective through which you're seeing it can make all the difference”.

How to access: Amazon US, Amazon Video US, Google Play US, iTunes US, or Microsoft Store US
Time commitment: 1 hour and 50 minutes

Other mentions
In the world of streaming, Netflix released a new Indian original on Friday in Lust Stories, an anthology film directed by Anurag Kashyap, Karan Johar, Zoya Akhtar, and Dibakar Banerjee. Writing for NDTV, Raja Sen said it’s “heartening to watch these creators decode the idea of lust and never attempt to titillate”, though Scroll’s Nandini Ramnath felt it’s inhibited in its “exploration of sexual desire” against the likes of Lipstick Under My Burkha.

Saturday also brings Pixar’s The Incredibles to Netflix, ahead of the sequel’s release in India next week. You should check out our June guide for more choices. As for both Amazon and Hotstar, it’s been a quiet week.

Beyond that, the critically-acclaimed Showtime drama The Affair – starring Dominic West, Ruth Wilson, Maura Tierney, and Joshua Jackson – will premiere its fourth season on Sunday. The four characters are on separate journeys at the start of the new season, but somehow “their lives keep crashing back into one another”. The New York Times’ Mike Hale thinks the plot is “still on the histrionic side” but noted “its excellent cast and its solid indie-movie-style production values” as strengths.

Video games
The world’s biggest gaming companies, from Ubisoft to Sony, made a bunch of announcements at E3, the year’s biggest gaming convention, this week. Some had a surprise release up their sleeve too: EA released Unravel Two during its keynote, which is a now co-op adventure with two Yarnys, those tiny creatures made of yarn. You can still play it solo, if you like. It has good reviews – 77 score on Metacritic from 13 publications – and is available on PC, PS4, and Xbox One.

Meanwhile, Bethesda announced and released Fallout Shelter, the free-to-play title where you are tasked with managing a vault aka a fallout shelter, on Nintendo Switch and PS4. There aren’t enough reviews, but that’s mostly because it’s merely a port of an existing game. And oh, Fortnite – currently the most popular game – is now on Switch too, though we weren’t too pleased with it.

The only big release outside of E3 2018 was Jurassic World Evolution, a theme park management title from the makers of Planet Coaster, Frontier Developments. In it, you’ve build your own Jurassic World, ensuring there are no breakouts that you know lead to loss of human life, unlike the movies. Available on PC, PS4, Xbox One, it’s gotten good reviews with a 76 score on Metacritic from 17 critics.

Music
Lush by Snail Mail
After spending a few years honing her act and garnering recognition, 18-year-old Maryland singer-songwriter Lindsey Jordan released her debut album last week, Lush, under her solo alias Snail Mail. For someone so young, the resulting 10-track indie rock record is exceptional in both its lyrics and emotional clarity.

It’s been received well by music critics. Writing for Pitchfork, Ryan Dombal compared her work to Liz Phair’s guitar work, the “emo soulfulness” of Paramore’s Hayley Williams, Fiona Apple’s “ferocity”, and the “solemn quietude” of Frank Ocean. “She articulates the self-conscious shame of youth with a startling clarity, but she also knows that these things too will pass,” he added.

Over at The Independent, Ilana Kaplan called it “a continuation of Jordan’s coming-of-age tale -- nostalgia for lost love, the overwhelming sensation of being a rising, young musician and the chaos of getting older” and said the album “parallels the beautiful plain-spoken lyrics and catharsis echoed by artists like Soccer Mommy and Julien Baker”.

Kids See Ghosts by Kids See Ghosts
Back in April, Kanye West announced he’d be releasing two albums – one solo and one collaboration with Kid Cudi – in June. Following on from the release of Ye at the start of June, West and Cudi’s self-titled effort, Kids See Ghosts, dropped last Friday. And while the former received lukewarm critical reception, the latter has seen much better reviews since its debut.

Featuring contributions from André 3000, Mos Def, and Ty Dolla $ign as well as samples from Kurt Cobain's "Burn the Rain" and Louis Prima's "What Would Santa Claus Do?", Kids See Ghosts is the first collaboration between the two artists as a duo, though they’ve been helping each other with their albums for the last decade. The album’s artwork was designed by Takashi Murakami.

Other mentions
If you’re looking for more music this weekend, give these two a try: Soil, the debut album for New York-based alternative R&B artist Serpentwithfeet (alias for Josiah Wise), which “pulls melodic influence from traditional gospel music à la Kanye West, [and] Chance the Rapper” according to Rolling Stone’s Christopher R. Weingarten; and another debut effort in Lost & Found from British R&B singer-songwriter Jorja Smith, who Exclaim’s Ryan B. Patrick said has “classically trained vocals, storytelling swagger and a knack for melodic invention”.