In addition to others feat. Karan Johar, Adam Sandler, and Gillian Anderson among others. 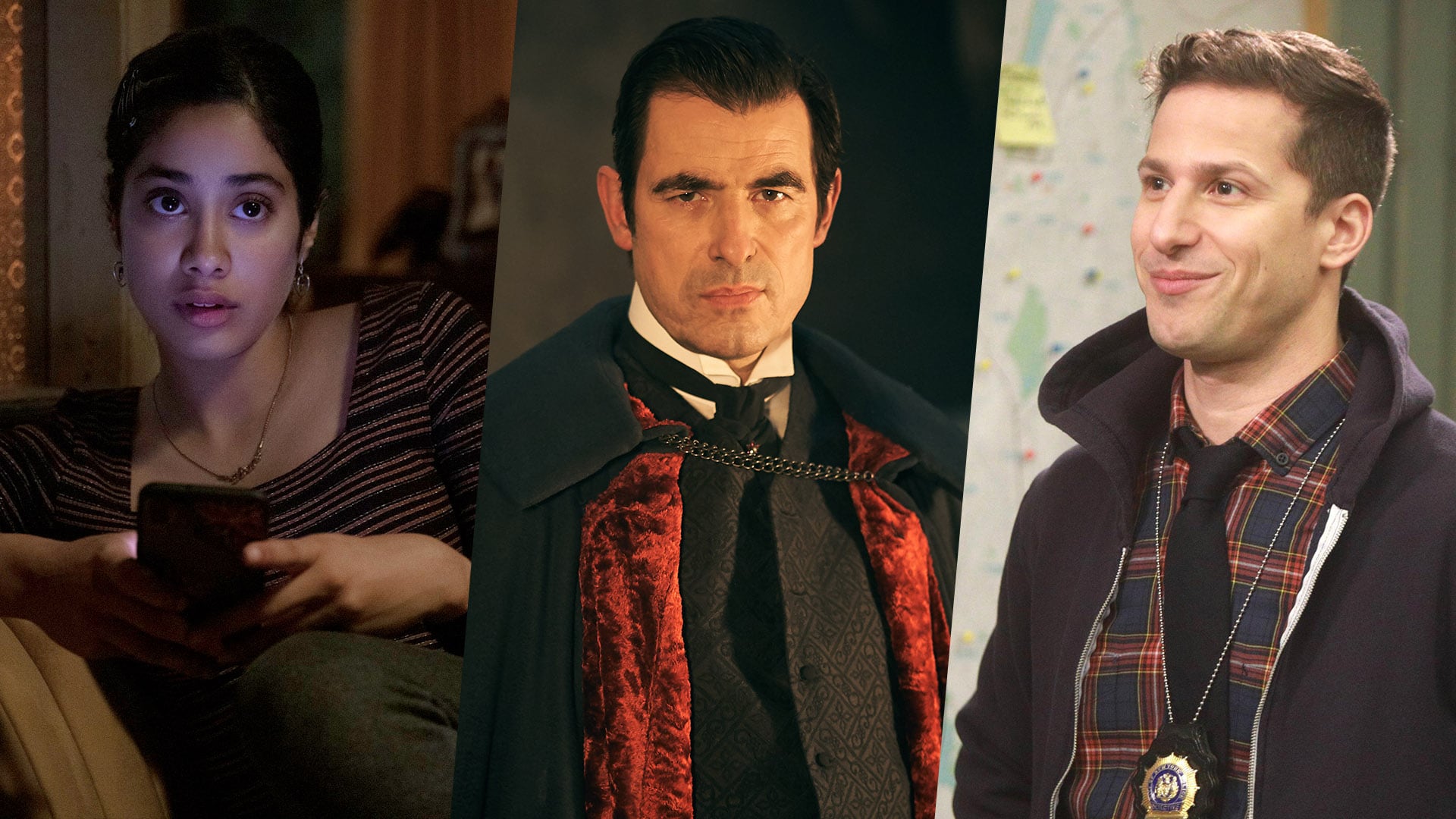 Netflix is kicking off the new year in style with four originals from India. The most high-profile of the lot is the horror anthology film Ghost Stories, from directors Anurag Kashyap, Dibakar Banerjee, Karan Johar, and Zoya Akhtar. Ghost Stories is out midnight on New Year's Day. Johar also has the dating reality show What the Love! with Karan Johar in January — a release date hasn't been decided — in which he will mentor single people with the help of stars such as Saif Ali Khan, Sunny Leone, Huma Qureshi, and Arjun Kapoor. Vir Das has a new stand-up special called “For India”, appropriately out Republic Day on January 26. That leaves Jamtara, a series about India's phishing capital, out January 10.

Internationally in the realm of Netflix originals, the end of the month will bring the second part of the final season of BoJack Horseman, one of the best shows of the 2010s and one of the best animated series of all time. That same day, you'll also be treated to the Adam Sandler-starrer critically-acclaimed film Uncut Gems. You can return to the world of Chilling Adventures of Sabrina — starring Kiernan Shipka in the lead — with season 3 out on January 24. We'll get the second season of Sex Education, whose first season was well-received and watched by over 40 million subscribers, on January 17. And lastly, the makers of Sherlock will deliver their take on Dracula on January 4.

Beyond the originals, Brooklyn Nine-Nine fans will be glad to know that season 6 will drop on Netflix in India on January 11, having already aired Comedy Central on TV. The year-long delay is customary for licensed shows from US cable networks. Brooklyn Nine-Nine is set to begin season 7 in early February in the US, which won't arrive on Netflix until next January most likely. Speaking of shows that have long finished airing, Suits season 8 arrives January 24. No, this isn't the final one — that's season 9 — which aired on Colors Infinity on TV in India. And lastly, the DC Universe series Titans will drop season 2 on Netflix on January 10. Netflix markets it as an original, but that's a stretch.

With that, here are our seven picks for January 2020 that you should watch out for, and the full list of movies and TV shows coming to Netflix India after that.

What should you expect from four directors — Akhtar, Banerjee, Johar, and Kashyap — who have never tried their hand at the horror genre? Well, a bit of a gamble no doubt, but that also means you get to see them doing something fresh. Made up of four short films, Ghost Stories follows an in-home nurse (Janhvi Kapoor), a paranoid pregnant woman (Sobhita Dhulipala), a newly-wedded woman (Mrunal Thakur) whose husband talks to his dead grandmother, and a man (Gulshan Devaiah) trying to survive.

Sandler plays a New York-based Jewish jeweller and a gambling addict who ends up in over his head in this taut thriller from the Josh and Benny Safdie — referred to as the Safdie brothers — who co-wrote and directed the film. Since its film festival circuit premiere, Uncut Gems has launched an Oscar best-actor campaign for Sandler and been wowing critics left, right, and centre. It currently holds a 93 percent “fresh” rating on reviews aggregator Rotten Tomatoes and an 89 “universal acclaim” score on Metacritic.

Roughly three months on from the (surprise) arrival of the first half of the final season, Raphael Bob-Waksberg's excellent adult animated tragicomedy will drop its last batch of episodes in January. Having rocked from one crisis to another for the past six years, BoJack (Will Arnett) will now seemingly face the full brunt of his reprehensible actions, after the mid-season finale all but set up an imminent tsunami. Expect a carnage, more denial, and quite possibly a bitter end.

Having reinvented Sherlock Holmes for a modern era, creators Mark Gatiss and Steven Moffat are now taking on another late nineteenth century icon: Dracula. Except they aren't pulling this forward to our times but keeping the Count firmly in the past. With Claes Bang (The Square) in the lead, Dracula traces the vampire's origins in Eastern Europe to his eventual battle with Van Helsing's descendant. Before Netflix, it airs for three consecutive nights on BBC One starting New Year's Day.

It arrived on Netflix back in March, then shifted over to Amazon Prime Video, and now it returns New Year's Day. Steven Spielberg's dinosaur classic has been as jumpy as a hungry velociraptor, but it's a perfect excuse to revisit this 25-year-old film if only to remind yourself that the new series, Jurassic World — which has a third instalment due in 2021 — has no idea what it's doing. In fact, the full Jurassic Park trilogy will be available, but only the first one is honestly worth a watch.

Another one that's pinging back and forth between Netflix and Amazon, which suggests a new deal with Universal Pictures. What you get are the two best entries of the five-film saga — it's best looked at as a trilogy, honestly — helmed by Paul Greengrass, who combines shaky-cam and terrific stunt work to push Matt Damon's titular amnesiac CIA assassin to his limits. So good that they changed the longest-running spy franchise of all-time: James Bond.

The Edge of Seventeen / January 30

Before she landed the lead (human) role in Transformers spin-off Bumblebee, Hailee Steinfeld played an awkward young woman called Nadine Franklin in this coming-of-age comedy from first-time director Kelly Fremon Craig. Nadine's life gets more complex after her older brother starts dating her best friend, but she finds solace in an unexpected friendship and a teacher-slash-mentor (Woody Harrelson).

Here's the full list of all the new content coming to Netflix India in January 2020. We've marked Netflix Original titles in bold for your convenience.

January TBA
What the Love! with Karan Johar

January 3
All the Freckles in the World [Todas las pecas del mundo]
Anne with an E: The Final Season
Lost Hearts: Season 1
A Love to Last: Season 1

January 14
Kipo and the Age of Wonderbeasts: Season 1

January 22
Pandemic: How to Prevent an Outbreak: Season 1

January 26
The Adventures of Puss in Boots: Season 5–6
Vir Das: For India