Captain America 4 in the Works With The Falcon and the Winter Soldier Duo: Report

Don’t expect Captain America 4 before 2023 given the packed Marvel schedule. 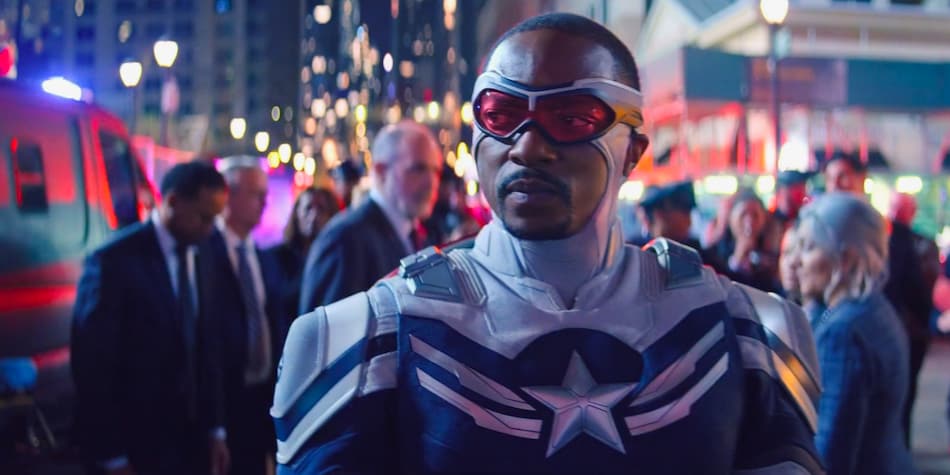 The Hollywood Reporter brought word of Captain America 4 late last week, claiming that Disney and Marvel had tapped the aforementioned The Falcon and the Winter Soldier duo to script it. Neither Disney nor Marvel had any comment. THR notes that no one has been officially confirmed to be a part of the Captain America 4 cast, but it's only logical to expect those involved in The Falcon and the Winter Soldier will most likely show up. The series was written in a way that left many plot points wide open, including new villains, Power Broker/ Sharon Carter (Emily VanCamp) now back inside the CIA, and US Agent/ John Walker (Wyatt Russell).

While there was some speculation that a second season could be in the works, a movie would also show us how the MCU plans to flit between the big screen and Disney+. This is also happening with Elizabeth Olsen's Wanda Maximoff/ Scarlet Witch, who is going from WandaVision to the upcoming Doctor Strange sequel, Doctor Strange in the Multiverse of Madness. And this will also be the case for Iman Vellani's Kamala Khan/ Ms. Marvel, who will first appear in an eponymous Disney+ series later in 2021 before moving to Captain Marvel 2, alongside Brie Larson's title character and Teyonah Parris' Monica Rambeau from WandaVision.

One would expect the Winter Soldier/ White Wolf/ Bucky Barnes (Sebastian Stan) to be part of Captain America 4, given his prominence in The Falcon and the Winter Soldier. And we might see more of Contessa Valentina Allegra de Fontaine (Julia Louis-Dreyfus) as well, since the US Agent (a formerly disgraced Captain America) works for her now. THR even mentions Chris Evans, who played Captain America/ Steve Rogers in the MCU for seven movies — a Captain America trilogy and four Avengers chapters — though that role will no doubt be restricted to flashbacks. Evans' rumoured return is reportedly a separate thing, Deadline claims.

Since Marvel movies take at least two years to be made, don't expect Captain America 4 before 2023. Anyway, the MCU Phase Four is packed to the brim. Scarlett Johansson-led Black Widow (July 9) is first up, followed by Shang-Chi and the Legend of the Ten Rings (September 3), Chloé Zhao's Eternals (November 5), and Spider-Man: No Way Home (December 17) in 2021. Then, we've Doctor Strange in the Multiverse of Madness (March 2022), Taika Waititi's Thor: Love and Thunder (May 2022), Ryan Coogler's Black Panther II (July 2022), Captain Marvel 2 (November 2022), and Ant-Man and the Wasp: Quantumania (2022).

For 2023, James Gunn's Guardians of the Galaxy Vol. 3 is the only one slated as yet. It will likely be joined by others, possibly including Captain America 4. Additionally, there are Marvel movies based on Fantastic Four, Blade (with Mahershala Ali), and X-Men in development. Ryan Reynolds-led Deadpool 3 is also officially in the works.