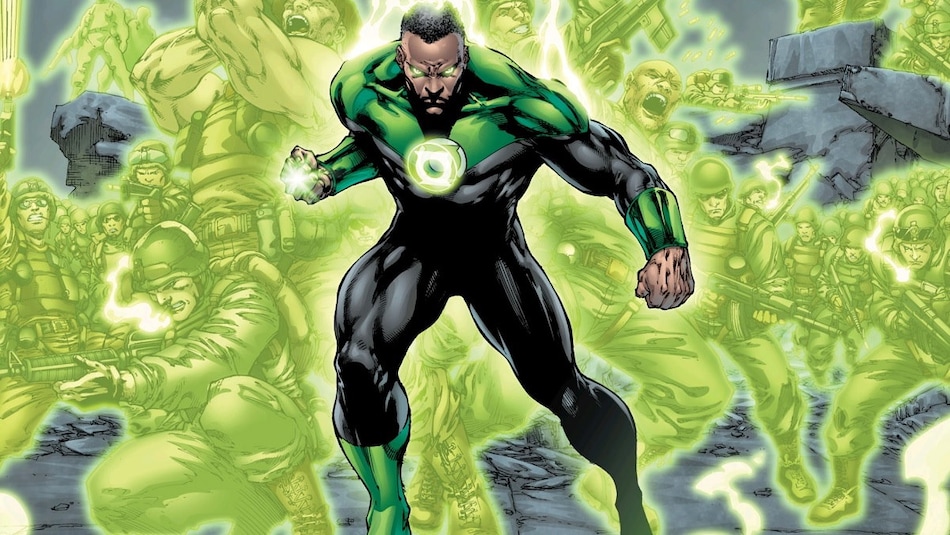 HBO Max's long-gestating Green Lantern series is reportedly undergoing a creative overhaul. As per The Hollywood Reporter, the Greg Berlanti-helmed drama series has lost its writer and showrunner Seth Grahame-Smith, amidst shakeups in the Warner Bros. Discovery offices. Furthermore, the 2019-announced series will no longer focus on the openly gay Green Lantern member Guy Gardner or the first to put on the ring, Alan Scott. Instead, the HBO Max series will be based on John Stewart, who first appeared in the 1970s DC comic books.

According to THR, before stepping down, Grahame-Smith had written a full eight-episode season for the original iteration, which were based on a “multitude of Lanterns,” including Jessica Cruz, Simon Baz, and the aforementioned Gardner and Scott. The writer's departure comes in the wake of former DC Films president Walter Hamada's silent exit from the studio, kickstarting the decision to start from scratch and build the show around John Stewart, the second African-American superhero to appear in DC Comics. At this moment, there are no casting details, or word on whether Wayne T. Carr would appear in the role. The star was originally set to debut in Zack Snyder's Justice League, but was ultimately cut from the film.

The Green Lantern show marks executive producer Berlanti's second attempt at the DC superhero, as he previously co-wrote the screenplay for the Ryan Reynolds-led 2011 film. The movie, focused on the Hal Jordan iteration, was received negatively, and grossed $219.9 million (about Rs. 1,810 crore) globally, at a reported budget of $200 million (about Rs. 1,646 crore). HBO Max then announced a Green Lantern series in 2019, with Berlanti describing it as the “biggest DC show ever made,” with plans to take the characters into outer space. THR's sources noted that the budget in the $120 million (about Rs 990 crore) range.

In comparison, HBO Max's recently ended first season of House of the Dragon costed nearly $200 million, with $20 million (about Rs. 165 crore) dedicated for each episode. The studio's reworked Green Lantern series will now get a new logline, with the production budget expected to be significantly less than the initial amount. Parent company Warner Bros. Discovery has been trying to cut costs recently — even cancelling the $90 million (about Rs. 741 crore) Batgirl feature film as a tax write off, and dropping J.J. Abrams' original series Demimonde.

“WBD said in an SEC filing this week that it expects to take $2 billion to $2.5 billion in tax write-downs related to content. The eight previously completed Green Lantern scripts are expected to be included in those tax write-downs as sources maintain it wasn't Grahame-Smith's creative that ultimately doomed the first incarnation of the show but rather its price tag,” it reads.

THR also notes that Green Lantern's creative shift is unrelated to director James Gunn and producer Peter Safran being promoted to co-CEOs and co-chairs of the new banner ‘DC Studios.' The pair will oversee all upcoming DC movies, TV series, and animation projects, on a four-year contract that makes the Guardians of the Galaxy filmmaker exclusive to DC.

The move comes in the wake of WBD CEO David Zaslav outlining a 10-year plan for DC Comics movies, in the vein of the Marvel Cinematic Universe. As part of the shakeup, Henry Cavill is now reprising the role of Superman, in what is poised to be a Man of Steel sequel.

Here's How You Can Minimise the Negative Effects of Social Media
Huawei's Revenue Falls Down 2.2 Percent This Year Amid US Sanctions