Less than a week to go! 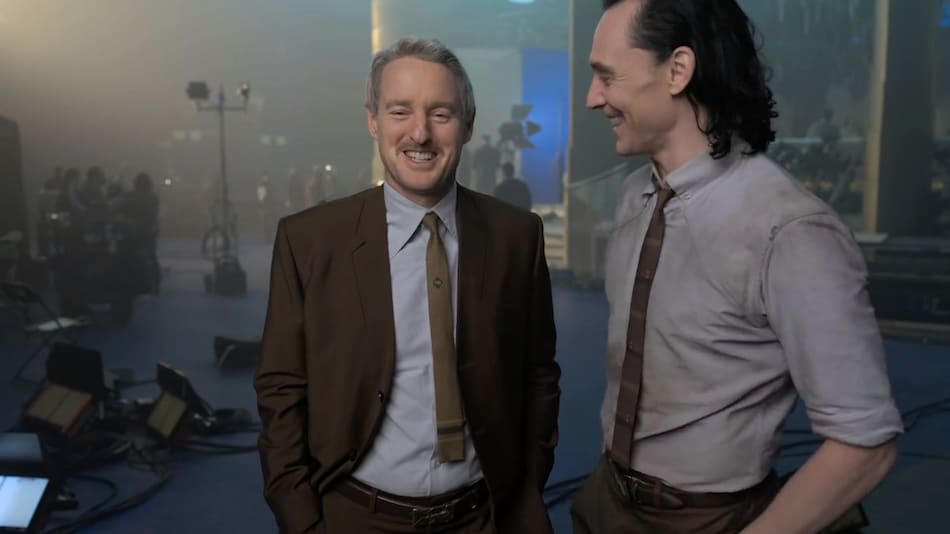 Loki is out in less than a week on Disney+ and Disney+ Hotstar, and Marvel Studios has unveiled a minute-long behind-the-scenes featurette, having finally run out of non-spoiler-y trailer footage that it could mix and match to create teaser trailers. Titled the “Mischief Featurette,” the Loki behind-the-scenes video splices together outtakes — Tom Hiddleston and Owen Wilson laughing — with a bunch of onscreen footage we've seen previously, blended together with a whole range of generic praises and introductions for what Loki is about and promises to be.

“It's this really big story with a mixture of tones and genres,” Loki director and executive producer Kate Herron says at the start of the Loki featurette. Hiddleston adds in an obvious manner: “Loki is the God of Mischief. We have to do mischievous things.” Gugu Mbatha-Raw, who plays Judge Renslayer, explains that the Time Variance Authority (TVA) “oversees the sacred timeline and keeps order.” Loki kicks off with the TVA arresting Loki for the chaos he causes across the timeline after escaping with the Tesseract in Avengers: Endgame.

The rest of the minute-long Loki behind-the-scenes featurette is made up of stuff you hear about every Marvel movie and TV series in the world. “I love the action.” “There's interesting characters.” “Twists and turns.” “Real mayhem.” “It's awe-inspiring.” “This is something I don't think Marvel has ever done.” We've heard endless variations on all this previously, to paraphrase the Marvel Cinematic Universe's premier critic Martin Scorsese. In terms of new footage, the TVA hunters travelling through a portal is the only thing we haven't seen in detail.

Loki premieres June 9 on Disney+ and Disney+ Hotstar, with new episodes airing every Wednesday. In India, Loki will be available in English, Hindi, Tamil, and Telugu.

Dogecoin Jumps 31 Percent on News of Launch on Coinbase Pro