The fourth Thor movie is the sixth entry in Marvel’s Phase Four. 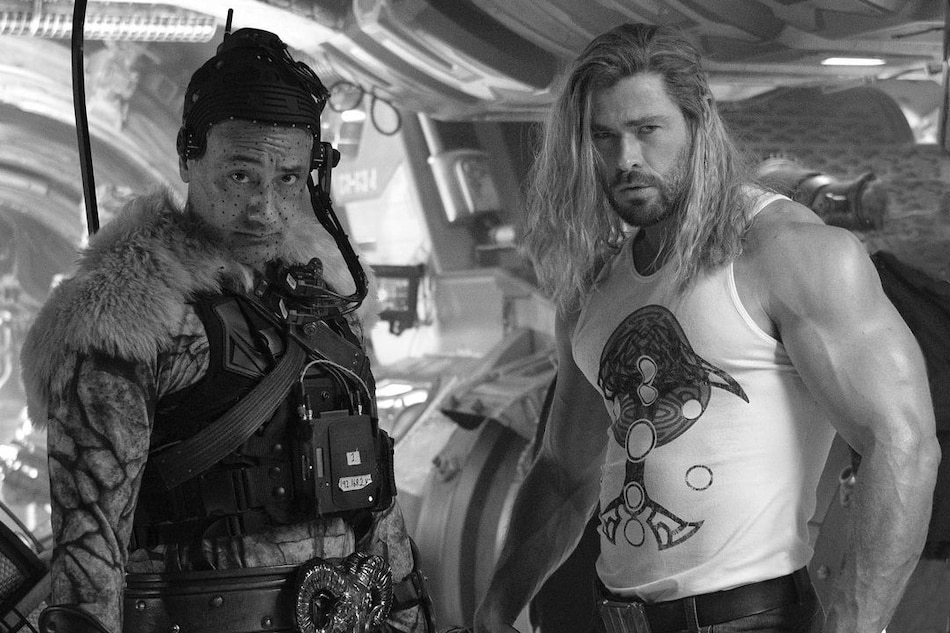 Thor: Love and Thunder has wrapped filming in Australia. The God of Thunder himself, Chris Hemsworth, announced Tuesday that the fourth Thor movie — set to release in mid-2022 — that will be part of Phase Four of the Marvel Cinematic Universe has finished its principal photography. Filming had begun in late January at Fox Studios Australia in Sydney, delayed several months due to the ongoing COVID-19 pandemic. Thor: Love and Thunder made use of The Mandalorian's pioneering StageCraft virtual production tech — developed by Industrial Light & Magic — that uses giant, high-resolution LED panels to create a backdrop for actors, in lieu of green/ blue screens.

“That's a wrap on Thor Love and Thunder, it's also national don't flex day so I thought this super relaxed photo was appropriate,” Hemsworth wrote in a caption on Instagram alongside a photo of Thor: Love and Thunder director Taika Waititi and him. The buffed-up Hemsworth has no need to flex in a sleeveless T-shirt, while Waititi appears in costume as the character Korg. “The film is gonna be bats--t crazy off the wall funny and might also pull a heart string or two. Lots of love, lots of thunder! Thank you to all the cast and crew who made this another incredible Marvel journey. Buckle in, get ready and see ya in cinemas!!”

In addition to Hemsworth and Waititi, Thor: Love and Thunder also stars Tessa Thompson as New Asgard's bisexual ruler Valkyrie who is looking for her queen, Natalie Portman as Jane Foster who is suffering from cancer and also becomes Mighty Thor, Christian Bale as the villain Gorr the God Butcher, Chris Pratt as Peter Quill / Star-Lord, Jaimie Alexander as Thor's childhood friend Sif, Pom Klementieff as Mantis, Dave Bautista as Drax the Destroyer, Karen Gillan as Nebula, Sean Gunn as Kraglin Obfonteri, and Jeff Goldblum as Sakaar ruler Grandmaster from Thor: Ragnarok. The Guardians of the Galaxy are here as Thor flew away with them at the end of Avengers: Endgame.

There are cameos for the likes of Matt Damon, Sam Neill, Luke Hemsworth, Melissa McCarthy, and Ben Falcone on Thor: Love and Thunder, in a manner similar to Thor: Ragnarok where they played Asgardian actors playing Asgardian gods. Damon will play Loki, Luke — Chris' elder brother — is Thor, and Neill is their late father Odin. McCarthy joins them as Hela, who was played by Cate Blanchett in Ragnarok. Falcone's role is unknown. They will likely reprise scenes we saw in Ragnarok. Russell Crowe also has a cameo in Thor: Love and Thunder as Zeus, the king of the Olympians. Australian singer-songwriter Jenny Morris also has an undisclosed role on the Thor movie.

Thor: Love and Thunder is slated to release May 6, 2022 in cinemas worldwide. The director Waititi also co-wrote the movie with Jennifer Kaytin Robinson (Someone Great). Marvel Studios president Kevin Feige is the producer.