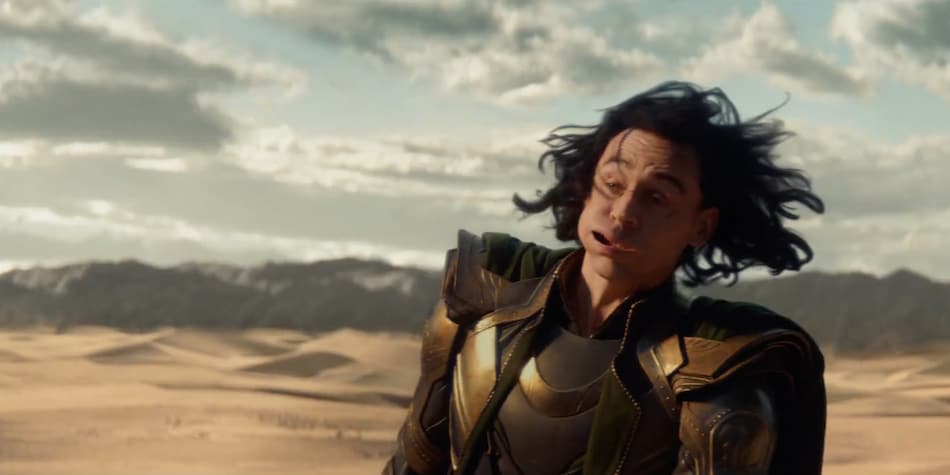 Loki premieres in less than two weeks on Disney+ and Disney+ Hotstar, and Marvel Studios has unveiled (yet another) teaser trailer for the Tom Hiddleston-led series. In it, Loki gets slapped in the face by Hunter B-15 (Wunmi Mosaku). The new Loki trailer gives us our first look at Time Variance Authority agent Mobius' (Owen Wilson) powers that are possibly connected to that collar around Loki's neck. And we also get another peek at that new superpower: shooting green projectiles from one's hands. There's more than a hint that it's Loki himself.

As Loki is put on trial by the TVA, Mobius opens the new Loki trailer by saying: “Loki, you're in a lot of trouble.” In reply, Hiddleston's character asks: “What do you want from me?” Mobius says their timeline is in chaos — due to Loki's actions after escaping with the Tesseract in Avengers: Endgame, I presume — as we see a hooded character set fire to a land. “And you need the God of Mischief to help,” Loki says, just as we see him change his appearance. Well, sort of. Is that another new Loki power?

Elsewhere, Judge Renslayer (Gugu Mbatha-Raw) reminds Mobius that Loki is “unpredictable”. Shortly after, after we see Loki cackle, play with knives, and seemingly cause a volcanic eruption, he adds in a dialogue elsewhere: “I know what I am. Good. Bad. Bit of both.” There's a bunch of quick action shots spliced together as the new Loki trailer wraps, including that aforementioned green-projectile superpower and Loki fighting for his life with a sword.

Loki begins June 9 on Disney+ and Disney+ Hotstar, with new episodes airing every Wednesday. In India, Loki will be available in English, Hindi, Tamil, and Telugu.