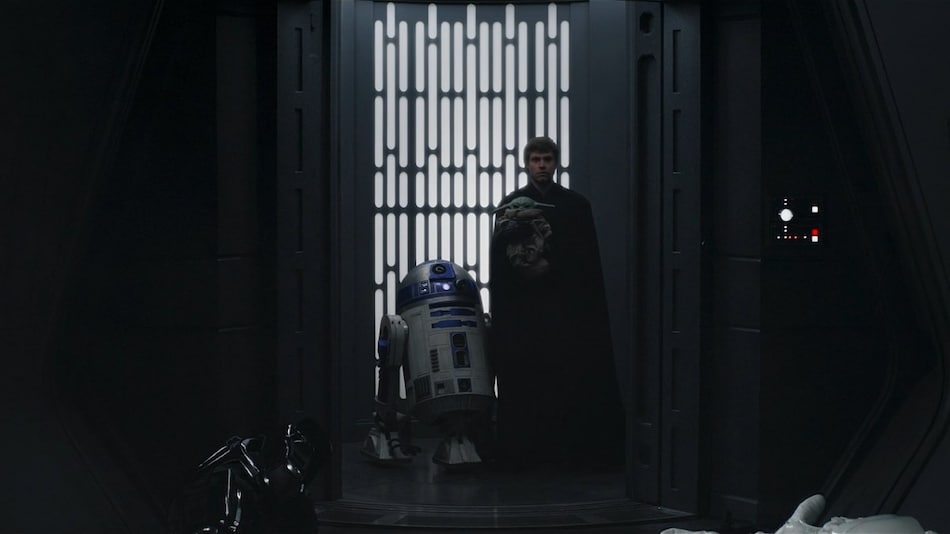 R2-D2, Grogu, and Luke Skywalker in The Mandalorian season 2 finale

The Mandalorian is getting a special behind-the-scenes that will highlight the return of Mark Hamill's Luke Skywalker in the season 2 finale “Chapter 16: The Rescue”, showcasing “the cutting-edge technology that was used to bring post-Star Wars: Return of the Jedi prime Luke back”. Dubbed “Making of the Season 2 Finale”, the special extra episode of Disney Gallery: Star Wars: The Mandalorian — the official title of The Mandalorian's behind-the-scenes making-of series — will release Wednesday, August 25 on Disney+ and Disney+ Hotstar.

“Making of the Season 2 Finale” is a behind-the-scenes look at the making of this celebrated “chapter” of The Mandalorian, with a focus on the technology used for recreating Luke Skywalker. It delves into the collaborative process, including working with Mark Hamill, to create an authentic and fitting recreation, and explores the immense pressure and responsibility the filmmakers had in bringing back one of the most important characters in film history.

I'm sure a lot went into it and the process was challenging, but Hamill's digitally de-aged young Luke was far from convincing, as I said then in my recap of The Mandalorian season 2 finale.

On set for The Mandalorian season 2 finale
Photo Credit: Disney/Lucasfilm

The announcement of Disney Gallery: Star Wars: The Mandalorian “Making of the Season 2 Finale” comes on the same day as the 2021 Emmys nominations, where the live-action Star Wars series was celebrated with most nods (24) alongside Netflix's The Crown. That included five nominations for the season 2 finale “Chapter 16: The Rescue”, for writing (creator Jon Favreau), background music (Ludwig Göransson), editing (Adam Gerstel), stunts (Lateef Crowder), and hairstyling (Maria Sandoval, Ashleigh Childers, and Wendy Southard).

Disney Gallery: Star Wars: The Mandalorian “Making of the Season 2 Finale” drops Wednesday, August 25 on Disney+ and Disney+ Hotstar wherever available. As it will be only in English in India, it will be exclusive to Disney+ Hotstar Premium that costs Rs. 299 per month or Rs. 1,499 per year.

Apple Said to Seek Up to 20 Percent Increase in iPhone 13 Production for 2021
Microsoft Releases July 2021 Patch Tuesday to Fix 117 Vulnerabilities, Including Some Zero-Day Issues