Emmy Nominations 2021: The Mandalorian and The Crown Tied as Netflix, HBO Jostle

The Force is strong with the royal family. 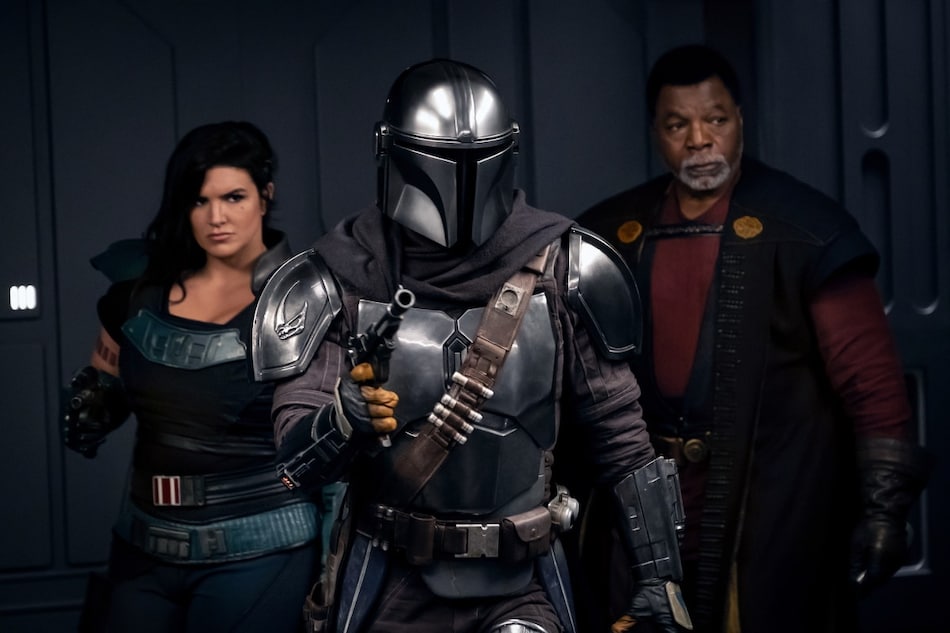 The Mandalorian and The Crown are tied for most nods (24 apiece) in the 2021 Emmys nominations announced Tuesday by the Television Academy, followed by WandaVision (23), The Handmaid's Tale (21), Saturday Night Live (21), Ted Lasso (20), Lovecraft Country (18), The Queen's Gambit (18) and Mare of Easttown (16). In the major categories — that's acting, directing, and writing — it's actually Ted Lasso that leads the way with 13 nominations (details on these below), with The Crown and The Handmaid's Tale tied at second (11). The bulk of The Mandalorian's 24 Emmy nominations come in the technical categories, awarded as the Creative Arts Emmys.

As for networks, HBO — now counted as HBO and HBO Max — trumps Netflix by just one nomination: 130 v 129. The two have been trading the Emmy nominations leader for the past few years, though neither has been able to hit the record numbers from last year. That's likely due in part to the emergence of Disney+, whose originals have collectively nabbed 71 Emmy nominations this year. And largely thanks to the power of Ted Lasso, Apple TV+ beat Amazon Prime Video. Leading the nominations isn't always a strong indicator of who will trump on the big night though. For instance, in 2020, HBO emerged with more Emmy wins despite Netflix's substantial nominations lead.

The 2021 Emmys nominations delivered firsts for many performers, including Jason Sudeikis (Ted Lasso), Jonathan Majors (Lovecraft Country), Josh O'Connor (The Crown), Regé-Jean Page (Bridgerton), Emma Corrin (The Crown), Jurnee Smollett (Lovecraft Country), and Mj Rodriguez (Pose) as the first transgender woman in a major acting category. And though the supporting performer categories enjoy an expanded list, the Television Academy voters tend to prefer the same shows over and over, which shrinks the field for others. Despite Cobra Kai (surprise) and PEN15's (deserved) best comedy nods, there is no love for their actors, which makes no sense.

For those wondering why their favourite show isn't nominated, it may be because of the Emmy eligibility period, which runs from June-May. In the case of the 2021 Emmys, that was June 1, 2020 to May 31, 2021. TV shows must air at least half of their season prior to the deadline to be eligible. The 2021 Emmys — officially the 73rd Primetime Emmy Awards — will be held in two parts as they have for so long. But in a change of pace, the 2021 Creative Arts Emmys are due a day prior to the main event on September 18 on FXX, with the main ceremony due September 19 on CBS and Paramount+. A broadcaster for India is unknown at this time.

Outstanding Lead Actor in a Limited Series or Movie

Outstanding Lead Actress in a Limited Series or Movie

Outstanding Supporting Actor in a Limited Series or Movie

Outstanding Supporting Actress in a Limited Series or Movie

Outstanding Directing for a Drama Series

Outstanding Directing for a Comedy Series

Outstanding Directing for a Limited Series, Movie or Dramatic Special

Outstanding Writing for a Drama Series

Outstanding Writing for a Limited Series, Movie or Dramatic Special

European Central Bank to Launch Digital Euro Project: All We Know So Far