Netflix India Unveils 17 Titles for the ‘Coming Months’, With 8 New Movies and Series 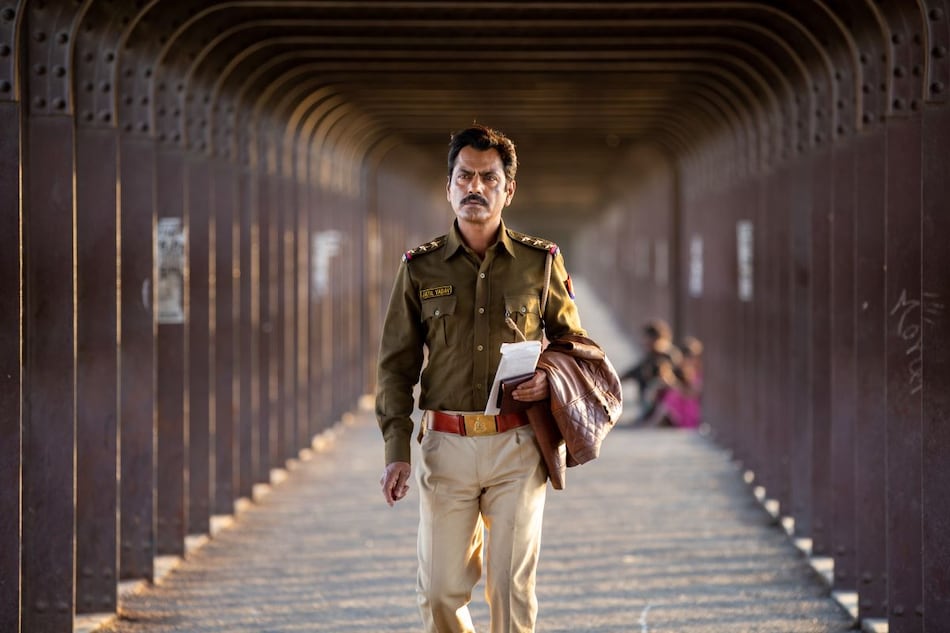 Here's more on each title:

A Suitable Boy is a BBC original in the UK, which Netflix has picked up for distribution globally, except for the US and Canada. It is based on Vikram Seth's 1993 novel of the same name, about passionate literature student Lata Mehra who defies tradition, and her meddling mother's wish to choose her a husband in a newly independent India in 1951. Nair is the director and showunner, working off a script by Andrew Davies. It also stars Tanya Maniktala, Rasika Dugal, Shahana Goswami, Ram Kapoor, Vijay Varma, Mahira Kakkar, Mikhail Sen, Danesh Razvi, and Namit Das. Produced by Davies, Nair, and Seth, Faith Penhale, Laura Lankester, and Will Johnston for Lookout Point, and Lydia Dean Pilcher and Aradhana Seth, and Mona Qureshi for the BBC.

AK vs AK follows a brash film director (Kashyap as himself) who kidnaps the daughter of a movie star (Kapoor as himself) and films the star's desperate search for his daughter in real-time as his next blockbuster. Directed by Vikramaditya Motwane and produced by Motwane's Andolan Films with his mother Dipa De Motwane.

Created by Neel Shah and Ravi Patel, Bhaag Beanie Bhaag (earlier Messy) is about Beanie (Bhasker) who decides to run from her very comfortable life and pursue a career in stand-up comedy. As she navigates the demands of everyone from her concerned parents to her proposal-popping boyfriend, this is Beanie's journey to carve out the life she wants for herself amidst the chaos. It also stars Dolly Singh, Varun Thakur, Mona Ambegaonkar, and Girish Kulkarni. Produced by Shah, Patel, Seher Aly Latif and Shivani Saran for Mutant, and David Bernad and Ruben Fleischer for The District.

Alankrita Shrivastava (Lipstick Under My Burkha) is the showrunner and co-director on Bombay Begums, about five women across generations who wrestle with desire, ethics, personal crises and vulnerabilities to own their ambition, in contemporary urban India. As glass ceilings are shattered, and hearts are broken, difficult choices have to be made. And as each woman strives to find her own truth, they find in each other an unexpected understanding, and the sliver of a bond. It also stars Shahana Goswami, Plabita Borthakur, and Aadhya Anand. Bombay Begums is a production of Endemol Shine India, Endeavor Content, and Chernin Entertainment.

Bombay Rose, which premièred at Venice Film Festival last year, comes from feature debutante Gitanjali Rao. It hangs precariously between living on the streets and loving on the screen, Bollywood style. Produced by Rohit Khattar and Anand Mahindra. Bombay Rose is a production of Cinestaan Film Company.

Atul Sabharwal (Aurangzeb) directs Class of '83, about a hero policeman shunted to a punishment posting as the Dean of the police academy. He decides to punish the corrupt bureaucracy and its criminal allies in return by training five lethal assassin policemen. But, like all good plans, it only works for a while until the fire that he has ignited threatens to burn his own house down. It stars Bobby Deol, Bhupendra Jadawat, Hitesh Bhojraj, Annup Sonii. Produced by Shah Rukh Khan (uncredited), Gauri Khan, and Gaurav Verma for Red Chillies Entertainment.

Ginny Weds Sunny — from debutant director Puneet Khanna — follows Ginny, who lives with her matchmaker mom in Delhi and gets set up with Sunny, who has given up on the idea of love and just wants to settle down. However, the match is not that simple, and as Ginny meets Sunny, a lot more comes to the fore than previously imagined in this tale of love, life, weddings and music. Produced by Vinod Bachchan for Soundrya Production.

Gunjan Saxena: The Kargil Girl has been directed by debutante Sharan Sharma. It is inspired by the life of a fearless young officer who made history by becoming the first Indian female Air Force officer to fly in a combat zone during the 1999 Kargil War. Pankaj Tripathi, Angad Bedi, Viineet Kumar, Manav Vij, and Ayesha Raza Mishra also star. Produced by Karan Johar, Hiroo Yash Johar, and Apoorva Mehta for Dharma Productions, and Zee Studios.

Kaali Khuhi is about 10-year-old girl Shivangi who must save her family's village in Punjab from the restless ghosts of its horrific past. Terrie Samundra is the director. It also stars Satyadeep Mishra, Sanjeeda Sheikh, and Riva Arora. Produced by Anku Pande and Ramon Chibb for Manomay Motion Pictures.

Anurag Basu directs Ludo, which follows the journey of four different lives who meet at a crossroads. Produced by Bhushan Kumar, Divya Khosla Kumar, and Krishan Kumar for T-Series, and Anurag Basu and Tani Basu for Anurag Basu Productions.

Masaba Masaba is based on real-life moments from Masaba Gupta's life follows her unique background, the diverse worlds she straddles across fashion and family, and her foray back into the dating world. An inspirational, joyous celebration of her life, this fun series will be packed with tongue-in-cheek humour, enacted by the mother-daughter duo, Masaba, and Neena Gupta themselves. Neil Bhoopalam also stars. Directed by Sonam Nair and produced by Ashvini Yardi's Viniyard Films.

Mismatched is based on Sandhya Menon's book “When Dimple Met Rishi”, about a mismatched couple — one searching for his happily ever after and another dreaming of being a tech wizard — who must build an amazing app over three months while navigating an oddball bunch of friends, nasty bullies, a snooty professor... and well, each other. Directed by Akarsh Khurana and Nipun Dharmadhikari, and written by Gazal Dhaliwal. Produced by Ronnie Screwvala's RSVP.

Sudhir Mishra directs Serious Men, based on Manu Joseph's award-winning book of the same name, about an ambitious underachiever (Siddiqui) tormented with his 'under-privileged' societal status who decides to capitalise on his son's newfound fame as a boy-genius to improve his family's fortunes. Little does he realise that the secret he harbours will destroy the very thing he loves the most. Nassar and Shweta Basu Prasad also star. Produced by Mishra, and Sejal Shah and Bhavesh Mandalia for Bombay Fables.

Torbaaz is the story of one man who rises above his personal tragedy and decides to transform the lives of few refugee camp kids who are on the path of destruction through the game of cricket. Directed by Girish Malik (Jal), it also stars Nargis Fakhri and Rahul Dev. Produced by Raju Chadha's Raju Chadha Presents, Rahul Mittra's Rahul Mittra Films, and Malik's Clapstem Entertainment.

“We are excited to share our line-up of stories across formats and multiple genres,” Netflix India's VP of content Monika Shergill said in a mailed statement. “We know our members have unique tastes, moods and needs — sometimes, they want to lean back and watch a delightful comedy, and at other times, they want a pulse-pounding thriller that brings them to the edge of their seats. We are so proud to bring these diverse stories created by acclaimed and emerging storytellers and producing partners. Together with the finest stories from around the world and our rapidly growing selection of licensed titles, we want to give our members something to discover and love on Netflix every day.”