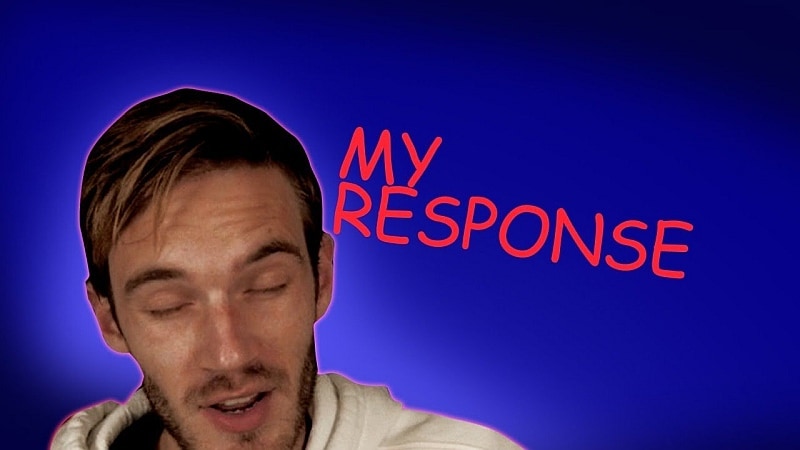 YouTube's most-watched blogger PewDiePie said he was "sickened" after hearing that the gunman behind Friday's New Zealand mosque massacre had promoted his videos before opening fire.

Forty-nine people were killed and dozens more wounded in shootings at two mosques in Christchurch, in an attack which sparked global outrage.

Footage of the attack was live streamed on Facebook by the gunman, who at one point can be heard saying: "Remember lads, subscribe to PewDiePie."

The shooter, who is believed to be a 28-year-old Australian, has been arrested and charged with murder.

"Just heard news of the devastating reports from New Zealand Christchurch. I feel absolutely sickened having my name uttered by this person," tweeted PewDiePie, a 29-year-old Swede whose real name is Felix Kjellberg.

"My heart and thoughts go out to the victims, families and everyone affected by this tragedy."

The gunman, who was armed with semi-automatic weapons, had posted a hate-filled "manifesto" online before the carnage suggesting he was inspired by neo-Nazi ideology.

The Swedish blogger is known for posting humorous clips and playing livestreamed video games for his nearly 90 million followers on YouTube, making him the site's most watched blogger.

Although he has had the highest number of YouTube subscribers for five years, he has regularly stoked controversy over his videos.

In September 2017, he apologised for using a racial slur in an expletive-laden rant against an opponent during a live-streamed computer game.

And six months before that, he lost contracts with YouTube and Disney over videos containing anti-Semitic insults or Nazi references.

In 2016, he was temporarily blocked from Twitter after joking he had joined the Islamic State group.

But on Friday his supporters rallied to support him on Twitter.

"You had nothing to do with the tragedy that has unfolded, nor did you ask for your name to be invoked by a crazy, violent person," wrote one person.

Another said: "This isn't about a Swedish man who makes video entertainment for a living. This is about all of us. Protecting all of us. Not letting the narrative of mass murderers win."