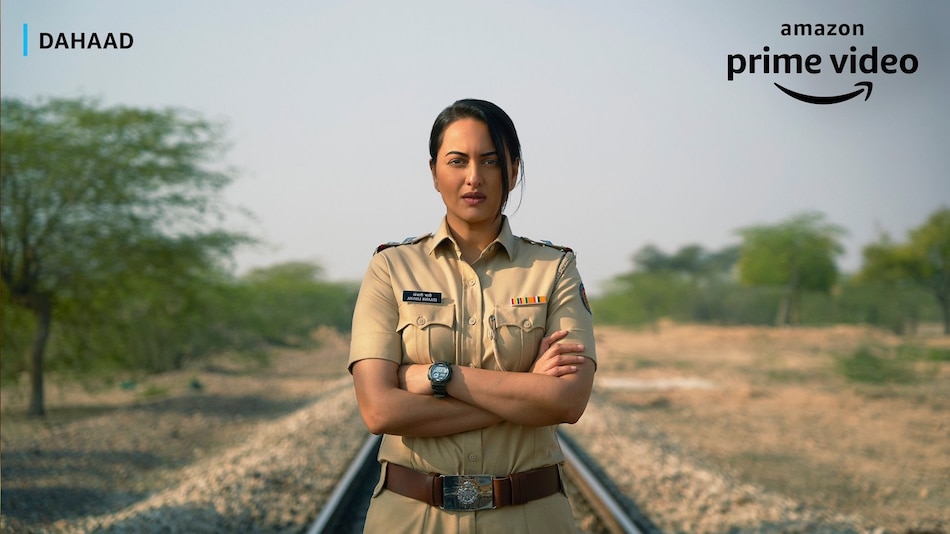 As part of the 31, Amazon unveiled new seasons of nine existing series, some of which we already knew were coming back. They are Panchayat season 2, The Family Man season 3, Paatal Lok season 2, Mumbai Diaries season 2, Mirzapur season 3, Made in Heaven season 2, Four More Shots Please! season 3, Comicstaan season 3, and Breathe: Into the Shadows season 2. The four new unscripted docu-series are This is AP Dhillon, Cinema... Marte Dum Tak, Dancing on The Grave, and India Love Project.

The slate of 35 Indian original series were part of Amazon's “Prime Video Presents India” event on Thursday in Mumbai, where it unveiled a slate of 58 titles — 41 original series, films and documentaries, and 17 licensed movies from Bollywood studios — which will release over the next two years. Amazon said this was part of its efforts to double investment in producing local content over the next five years.

Adhura, with Ishwak Singh and Rasika Dugal, is a supernatural thriller set in an elite boarding school which hides a secret so dark and dreadful, it will shake the very foundations of the school and the lives of everyone connected to it. Gauravv Chawla and Ananya Banerjee are directors. Banerjee and Anand Jain are writers. Nikkhil Advani is the creative producer. Adhura is a production of Emmay Entertainment.

Bambai Meri Jaan, led by Kay Kay Menon, follows an honest cop who puts everything on the line including the thing he wants to protect the most, his family, in his quest to clean the mean streets of Bombay. Set in post-Independence India and charts the rise of organised crime. Kritika Kamra, Avinash Tiwary, and Amyra Dastur are part of the cast. Rensil D'Silva and Shujaat Saudagar created the series. Shujaat Saudagar is the director. Hussain Zaidi supplied the story, D'Silva wrote it with Sammer Arora and Chaitanya Chopra, and Hussain Dalal and Abbas Dalal have dialogue and additional screenplay credit. Ritesh Sidhwani, Kassim Jagmagia, and Farhan Akhtar are executive producers. Bambai Meri Jaan is a production of Excel Media and Entertainment.

Johar's Dharmatic Entertainment is behind Call Me Bae that follows the titular billionaire fashionista who is disowned by her ultra-rich family owing to a salacious scandal, and for the first time in her life, has to fend for herself. On this journey, she overcomes stereotypes and discovers who she really is. Ishita Moitra, Samina Motlekar, and Rohit Nair are writers. No cast details were revealed.

Crash Course is a fictional account of two warring coaching institutes, and the effect it has on a group of young students who are preparing for their competitive exams, with dreams in their eyes and expectations of their families on their backs. Annu Kapoor, Bhanu Uday, Udit Arora, Pranay Pachauri, Siddharth Kak, Chirag Vohra, Gaurav Sharma, and Bidita Bag lead the ensemble cast. Manish Hariprasad created Crash Course, Vijay Maurya directed it, and Manish Hariprasad and Raina Roy wrote it. Crash Course is a production of Owlet Films.

Dahaad, led by Sonakshi Sinha, is a serial killer drama set in a small town and follows the investigations of a female inspector into a crime that shakes her core. Vijay Verma, Gulshan Devaiah, and Sohum Shah also star. Reema Kagti and Zoya Akhtar are the creators. Kagti is also a director alongside Ruchika Oberoi. Kagti and Zoya are also executive producers with Ritesh Sidhwani and Farhan Akhtar. Kagti, Ritesh Shah, Mansi Jain, Sunayana Kumari, Karan Shah, and Chaitanya Chopra are on board as writers, with Sumit Arora supplying dialogues. Dahaad is a production of Excel Media and Tiger Baby.

Farzi, led by Shahid Kapoor and Vijay Sethupathi, follows an artist who gets pulled into the murky high stakes of a con job. Meanwhile, a fiery task force officer is on the mission to rid the country of his menaces. The fast-paced, edgy one-of-a-kind thriller comes from Raj & DK, who serve as creators and directors on Farzi. They also wrote the Prime Video series with Suman Kumar and Sita R Menon. Farzi is a production of D2R Films.

Happy Family Conditions Apply, with Ratna Pathak Shah, is a light-hearted family comedy about a quirky but lovable joint family that is always at loggerheads with each other. Raj Babbar, Atul Kulkarni, and Ayesha Jhulka are also part of the cast. Aatish Kapadia and Jamnadas Majethia serve as directors and producers. Happy Family Conditions Apply is a production of Hats Off Productions.

On Hush Hush, led by Juhi Chawla, the lives of five women intersect in unexpected ways when an unforeseen event unravels the façade of their lives. Ayesha Jhulka, Soha Ali Khan, Karishma Tanna, Shahana Goswami, and Kritika Kamra also star. Tanuja Chandra, Ashish Pandey, and Kopal Naithani direct. Shikhaa Sharma and Ashish Mehta have story credit, while Ashish Mehta is responsible for the screenplay, with help from Juhi Chaturvedi on dialogues. Hush Hush is a production of Abundantia Entertainment.

Jee Karda is a coming-of-age series that delves into the lives of a close-knit group of seven childhood friends, trying to steer their way through adulthood. Tamannaah, Suhail Nayyar, Aashim Gulati, Anya Singh, Hussain Dalal, Samvedna Suwalka, and Sayan Banerjee are part of the cast. Arunima Sharma is the director, and writer alongside Hussain Dalal and Abbas Dalal. Jee Karda is a production of Maddock Films.

Jubilee, from creators Vikramaditya Motwane and Soumik Sen, is set in a newly independent India. The fictional period drama unveils the stories and dreams that gave birth to Bollywood, as we know it. Prosenjit Chatterjee, Aditi Rao Hyadri, Aparshakti Khurana, and Wamiqa Gabi are part of the Jubilee cast. Motwane directs, off a screenplay provided by Atul Sabharwal. Jubilee is a production of Reliance Entertainment Studios.

P.I. Meena, led Tanya Maniktala and Jisshu Sengupta, follows a young and troubled female private investigator who is thrown into a world where she has to fathom the unfathomable and find her own self. Vinay Pathak, Parambrata Chattopadhyay, and Samir Soni also star. Debaloy Bhattacharya directs, Arindam Mitra writes. P.I. Meena is a production of QED Films.

Shehar – Lakhot, directed by Navdeep Singh, is a neo-noir series about a man who reluctantly returns to his hometown and gets drawn into a cesspool of smoke and mirrors. How will he prove his innocence? Singh created the Prime Video series with Devika Bhagat — and the two also wrote it. No cast has been announced. Shehar – Lakhot is a production of Offroad Films.

Suzhal: The Vortex, led by Aishwarya Rajesh, chronicles an investigation into a simple missing person's case that unravels and rips the intricate social fabric of a small town. Kathir, R. Parthiban, and Sriya Reddy also star. Pushkar and Gayatri serve as creators and writers. Bramma and Anucharan M are the directors. Suzhal: The Vortex is a production of Wallwatcher Films.

Vadhandhi: The Fable of Velonie is a dramatic noir thriller about the murder of a beautiful young girl, an unrelenting obsessed cop, a novelist captivated by her grace, and an opportunistic news editor. S.J. Suryah, Laila, M. Nasser, and Sanjana are part of the Vadhandhi cast. Andrew Louis is the creator, director, and writer. Pushkar and Gayatri serve as creative producers. Vadhandhi is also a production of Wallwatcher Films.

Indian Police Force, from creator Rohit Shetty, is an action thriller about a young Delhi Police officer who will go to any length to track down and bring to justice the terrorist mastermind behind a series of deadly bomb blasts around the country. Isha Talwar joins a cast that already had Sidharth Malhotra, Shilpa Shetty, and Vivek Oberoi. Shetty directs alongside Sushwanth Prakash. Shetty also wrote the Prime Video series with Anusha Nandakumar and Sandeep Saket. Nandakumar, Saket, and Ayush Trivedi provide dialogues. Indian Police Force is a production of Rohit Shetty Picturez and Reliance Entertainment.