The Gray Man trailer is likely to drop around 6:30pm IST. 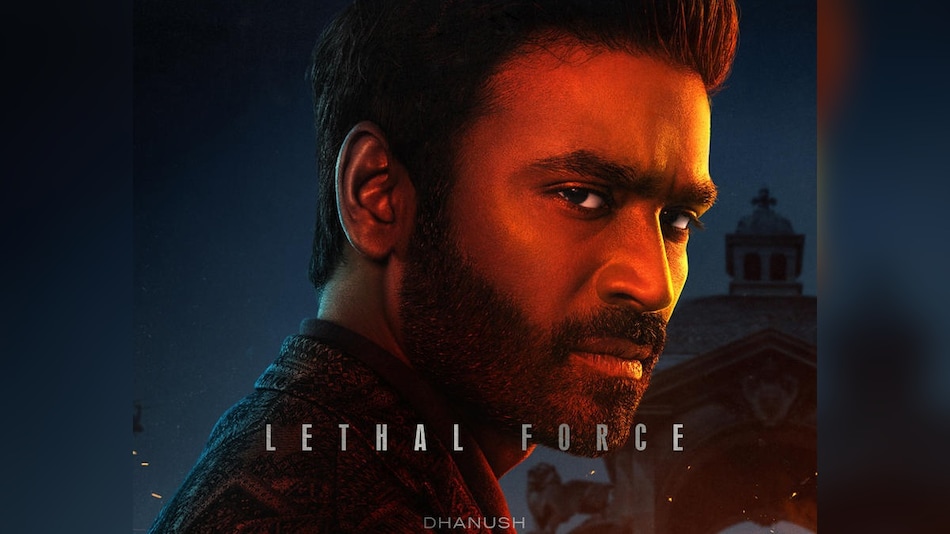 Dhanush in The Gray Man

The Gray Man trailer release date is here. On Monday, streaming platform Netflix announced that the trailer for the action-thriller will be out Tuesday. While the time has not been revealed, we can expect it to drop online around 6:30pm. Netflix also shared the latest The Gray Man posters to pique the curiosity of fans. The first one features Ryan Gosling as the "uncatchable" secret agent Court Gentry. The next one, introduces us to his "unstoppable" foe Lloyd Hansen, played by Chris Evans. There's also one that gives us a closer look at Ana De Armas' character, who is described as an 'Untraceable' individual.

The poster that has, however, garnered the most attention in India is the one dedicated to Dhanush, who plays a "lethal force" in The Gray Man. The actor, best known for his work in Tamil-language movies, is seen in an intense new avatar that is completely different from anything he has done in the past.

Besides Gosling, Evans, Dhanush, and De Armas, The Gray Man cast features Regé-Jean Page, Billy Bob Thornton, Alfre Woodard and Wagner Moura. It is directed by Anthony Russo and Joseph Russo, who are best known for films such as the superhero movie Avengers: Endgame and the actioner Extraction. Joe has penned the script, which is based on the novel The Gray Man, along with Christopher Markus and Stephen McFeely.

The Gray Man revolves around a Central Intelligence Agency black ops agent who is forced to run for his life after uncovering the agency's dark secrets. The authorities subsequently hire an unhinged assassin to take down this character. The Gray Man was shot across locations in Europe, which explains why it is Netflix's most expensive project ever.'

The trailer drops on Tuesday while The Gray Man release date is set as July 22 on Netflix. The Russos, Joe Roth, Jeff Kirschenbaum, Mike Larocca, Chris Castaldi, and Palak Patel serve as the producers on the movie