Season 3 of The Umbrella Academy is out June 22 on Netflix. 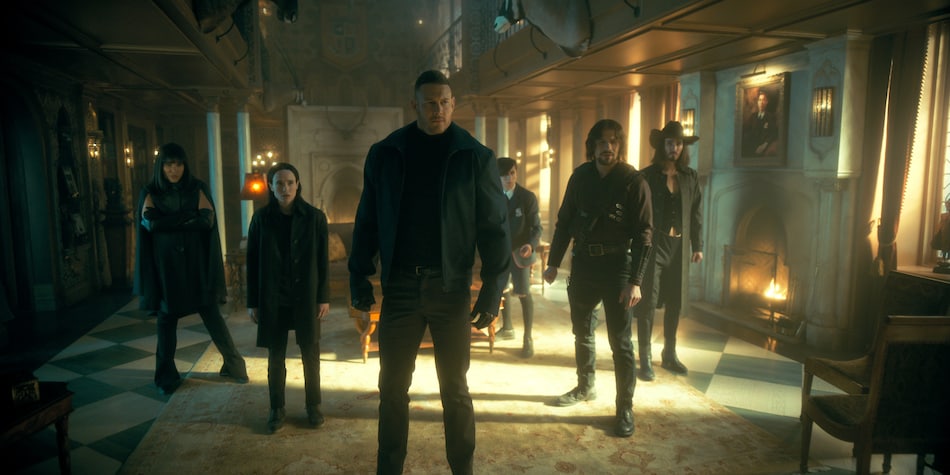 A still from The Umbrella Academy season 3 trailer

The Umbrella Academy showrunner Steve Blackman told Digital Spy: "Not only are these people saying they're the Sparrow Academy, but (Reginald) Hargreeves is still alive — and he shouldn't be, either. We love putting Easter eggs in for our fans, and there are more Easter eggs than ever this year."

While the likes of Tom Hopper, David Castañeda, Elliot Page, and Justin H. Min reprise their roles from the previous instalments, Justin Cornwell, Britney Oldford, and Jake Epstein are the new additions to The Umbrella Academy season 3 cast. The series premiered in 2019, receiving favourable reviews from critics, though we took a much dimmer view of it. The Umbrella Academy season 2, released in 2020, was received slightly better.

Here's the official synopsis for The Umbrella Academy season 3 from Netflix:

After putting a stop to 1963's doomsday, the Umbrella Academy return home to the present, convinced they prevented the initial apocalypse and fixed this godforsaken timeline once and for all. But after a brief moment of celebration, they realize things aren't exactly (okay, not at all) how they left them. Enter the Sparrow Academy. Smart, stylish, and about as warm as a sea of icebergs, the Sparrows immediately clash with the Umbrellas in a violent face-off that turns out to be the least of everyone's concerns.

Navigating challenges, losses, and surprises of their own – and dealing with an unidentified destructive entity wreaking havoc in the Universe (something they may have caused) — now all they need to do is convince Dad's new and possibly better family to help them put right what their arrival made wrong. Will they find a way back to their pre-apocalyptic lives? Or is this new world about to reveal more than just a hiccup in the timeline?

US Launches $3.5 Billion Programme to Capture and Store CO2 From Air in an Effort to Minimise Climate Change
Amazon, Meta, Google owner Alphabet to Face Strong Opposition From Schroders Over Workers, Digital Rights