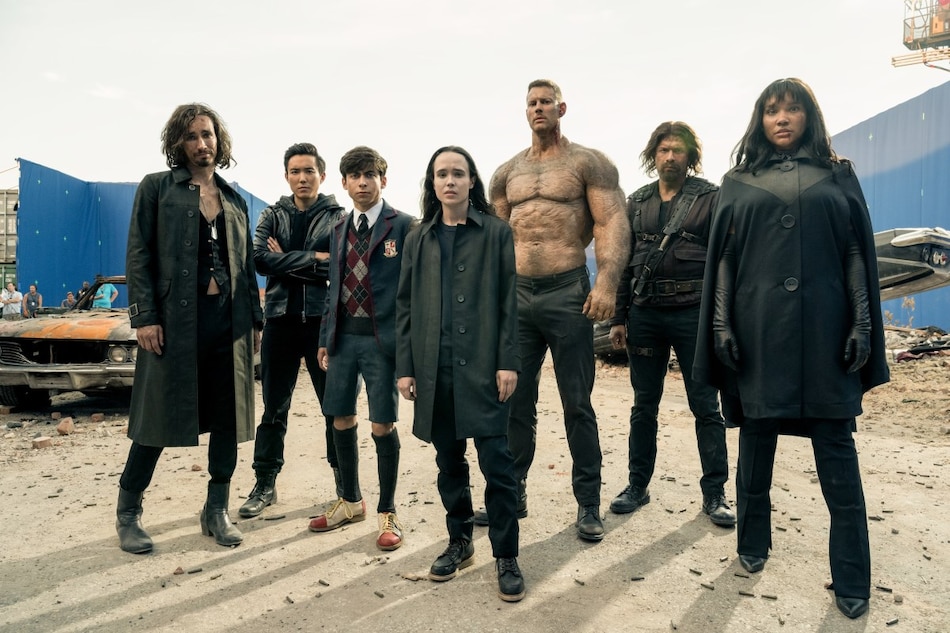 The Umbrella Academy on set in Toronto for season 2

Review: Umbrella Academy Season 2 Is a Better Second Try, but Not Enough

Oh my god! We're back! Again! It's official. Production for S3 of The Umbrella Academy begins in February pic.twitter.com/tZxyezzCOc

[SPOILER ALERT FOR SEASON 2] On The Umbrella Academy season 3, the Hargreeves foster siblings will most likely need to deal with the fallout of their time-travelling actions. At the end of season 2, they discovered that their presence in the 1960s had created an altered present day, in which the Umbrella Academy was never established by their adoptive billionaire father. Instead, he created the Sparrow Academy, which is made up of different individuals except for Ben (Min) who's alive in this timeline and is the leader of the Sparrow Academy as Number One.