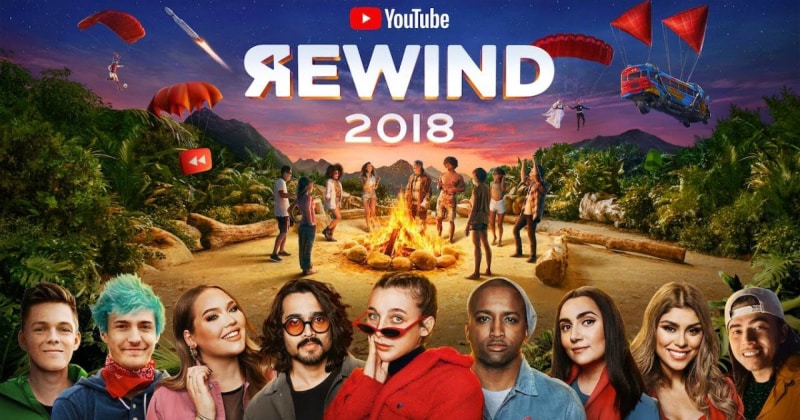 Like every year, December is full of year-ender lists and recap videos. While this year's Google Year is Search video has been largely been lauded for bringing lots of nostalgia to the table, YouTube's annual Rewind video wasn't so well received. In fact, the video has now become the most disliked video on the platform (the irony!). The YouTube Rewind 2018 video has mustered over 10 million dislikes in the last two weeks, crippling Justin Bieber's record of 9.8 million dislikes that have been racked up for over eight years for his 'Baby' song video.

According to LikesCounter, the YouTube Rewind 2018 video now has 10,137,758 dislikes (at the time of writing), whereas Justin Bieber's 'Baby' song video had 9,902,286 dislikes comparatively. The YouTube Rewind video hasn't been liked by a lot of people because many creators were left out, including PewDiePie, who enjoys the largest subscriber base on the platform - at least, for an individual creator. Instead, YouTube tried to play safe and include non-controversial creators who weren't even recognisable by many viewers.

Faces like Will Smith, Liza Koshy, and Superwoman did show up, however the entire video brings references to Fortnite, K-pop, and even BTS fandom - that isn't necessarily unique to YouTube. The YouTube Rewind 2018 video is expected to be a reflection of the culture living within YouTube, and that didn't resonate in this year's video. The YouTube Rewind 2018 video can be watched below:

YouTube has also released the top 10 trending videos based on time spent watching, sharing, commenting, and liking. The Kylie Jenner video titled 'To our daughter' tops the global charts this year. On the list, there is also the Liza Koshy and David Dobrik's 'we broke up' video, the Yanny and Laurel viral challenge explainer video, and the Walmart yodelling kid viral video. The full list can be seen below: