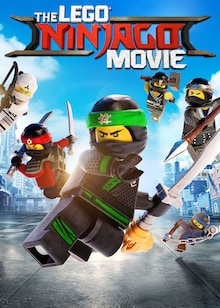 About The Lego Ninjago Movie Movie (2017)

Ninjago City is frequently attacked by the evil Lord Garmadon (Justin Theroux), who is the father of Lloyd Garmadon (Dave Franco) and husband of Koko (Olivia Munn).

This frequent battle held in Ninjago City calls to action the young Lloyd, who is also known as the Green Ninja, along with his friends, Kai (Michael Peña), Nya (Abbi Jacobson), Zane (Zach Woods), Jay (Kumail Nanjiani), Cole (Fred Armisen) and their kung fu master Wu (Jackie Chan) who are all secret ninja warriors and LEGO Master Builders. The team of ninja warriors is led by Master Wu, as wise-cracking as he is wise, and the team must defeat evil warlord Garmadon, the worst guy ever.

The battle will pit father against son making it an epic one, that will test undisciplined modern-day ninjas who are also fierce and must learn to keep a check on their egos, so as to release the inner power of Spinjitzu. Rating 55
Rate this Movie
Your Rating