The new character is called Victor and it should soon be available for purchase. 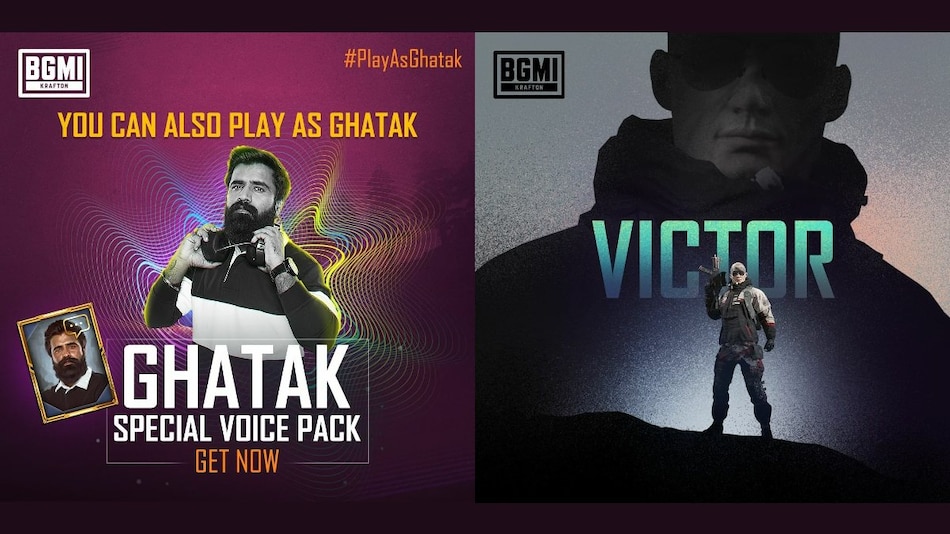 Battlegrounds Mobile India (BGMI) has got the Special Ghatak Voice Pack, and it is now available to purchase within the game. This special pack, which is available alongside the Basic Ghatak Voice Pack, will allow the players to use lines and commands by Ghatak. Ghatak is a popular gaming personality in India. He is a professional PUBG player, and a coach associated with GodLike Esports team. Meanwhile, the game has now introduced a new character called Victor. The availability for its purchase is not known yet.

As per an announcement on BGMI Instagram page, the Special Ghatak Voice Pack is now available for players to purchase in the game. This will allow the players to use dialogue/ one-liners used by Ghatak, a famous PUBG player and a coach associated with GodLike Esports team. BGMI has previously made available the Basic Ghatak Voice Pack alongside other voice packs such as that of Payal Gaming, Jonathan, Snax, among others. In another Instagram post, BGMI announced a new character called Victor. It is yet to be seen when this character will be available for purchase in the game.

Recently, BGMI released Royale Pass Month 10 for purchase in the game. The pass brings various perks, weapon skins, gear sets, among others, and these can be unlocked by earning RP points from playing online. BGMI players can purchase the Elite Royale Pass for 360 UC. Furthermore, the Elite Plus Royale Pass is also available, and it offers all the contents of the Elite Pass as well as gives players instant access to 12 ranks.

The news comes a few days after Battlegrounds Mobile India developer Krafton announced that it has permanently banned over 40,000 accounts in the week starting April 11 to April 17 as a part of its crackdown on cheaters.