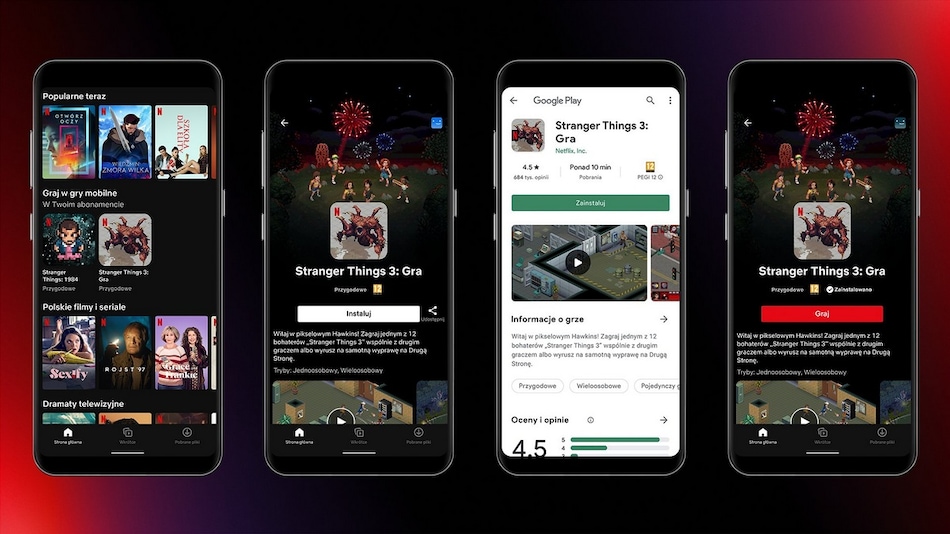 Netflix has started its gaming venture with two games for its Android app, though only in Poland. The video-streaming service shared the development through a tweet and stated that it is at an early stage with gaming on its platform. Netflix has been showing interest in the gaming industry for quite some time now and, last month in its quarterly letter to shareholders, the OTT service announced that it's currently in “early stages” of expanding into gaming. Looks like the proof of concept in now out.

Back in June of 2019 at E3, Netflix had its first-ever keynote where it announced a free-to-play location-based RPG/ puzzler called Stranger Things for Android and iOS. The company over the years has been looking to expand into the gaming industry. Last month, it hired former Electronic Arts and Facebook executive, Mike Verdu, as its Vice President of Game Development. And later in the same month, its quarterly letter to shareholders mentioned that gaming will be a core part of its subscription offering. The first two games on its app for Android in Poland are called Stranger Things 1984 and Stranger Things 3. The latter has been previously available outside of the Netflix app on PC and consoles.

Netflix Poland shared the development through a tweet where it emphasised that the company is at an early stage of establishing gaming on its platform and that there is a lot of work to do in the coming months. In a follow-up tweet, it shared that there will be no ads in these games as well as no-in app purchases. The games will also be a part of Netflix's existing subscription plans and will require no additional purchases.

From the screenshot shared by Netflix Poland on Twitter, it seems the Netflix app will show the option to install the game, which will then take the user to the Google Play store. Following which the game will be playable via the Netflix app. This also suggests that the games will be downloaded to the device and not streamed like its movies and shows.

As of now, there is no information on when Netflix gaming will make its way to other markets — including India — and what its library will look like then. More updates can be expected from the company as the service further expands its gaming vertical.